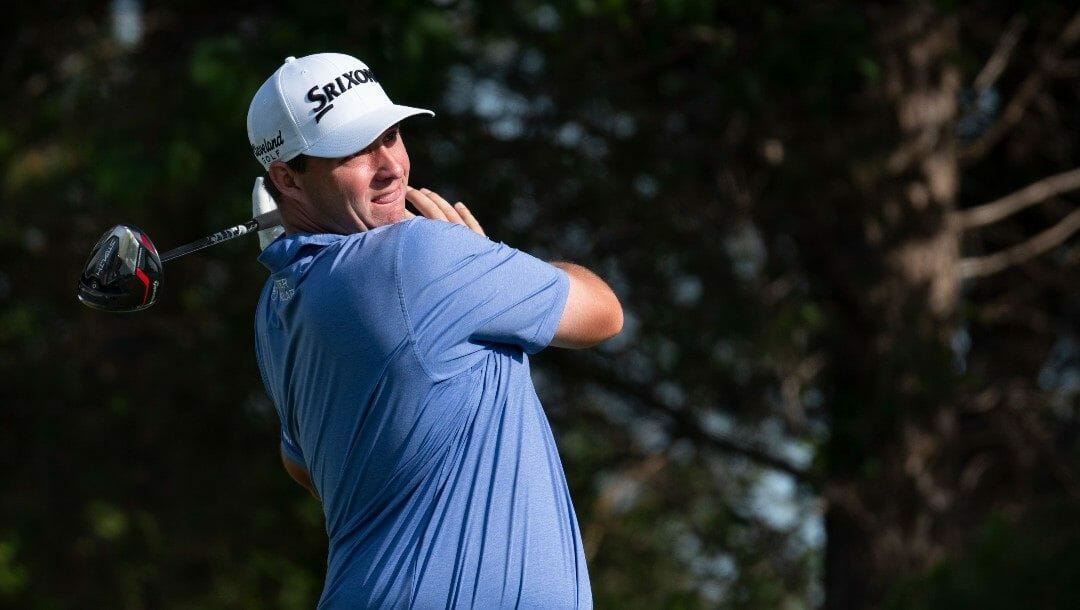 We are in store for a great week of golf betting at the PGA Championship with Southern Hills Country Club in Tulsa, OK playing host to the 104th edition of this major championship.

Storylines are a plenty as we will see Tiger Woods in his second start since the return of his car crash in early 2021, Phil Mickelson will not be defending his title after winning his sixth major last year at the age of 50, and Scottie Scheffler will try to continue his red-hot form after winning his first major (last month’s Masters) and fourth tournament in six starts.

Historically, the PGA Championship has produced the most winners with long shot golf odds.

The top 70 and ties will make the cut after the second round on this par-70, 7,556-yard Perry Maxwell design that went through quite a large renovation in 2018. This course will look much different than the one that hosted the 2007 rendition of the PGA Championship where Woods won his 13th major.

Many project that this go around Southern Hills will play akin to an Open Championship, with very short to no rough around the greens culminating in large, sloped run-offs for those who miss the mark with their approach shots. Both par-5s will play over 630 yards, so do not expect to see many double circles on the scorecards this week. Par 3 scoring should be key as all four project to play 200+ yards.

Sepp Straka offers great top-10 value (+1200) and is worth a small play at 250/1 outright as he has played some fantastic golf this season on difficult courses that should compare to Southern Hills.

After winning the Honda Classic in February he has backed that up with a T-9 finish at TPC Sawgrass and a T-3 finish at the RBC Heritage. His Off-The-Tee and Around-the-Green numbers have been consistently in the top 15-20% of the field every week this season and I will not be shocked to see him turn in more of the same at his first PGA Championship.

Although he has yet to finish the job and win his first PGA TOUR title, Harold Varner III has had his name near the top of the leaderboard multiple times in big events over the past few seasons, and I like him for a top-10 bet (+750), as well as first-round leader bet (+7000) this week.

He has gained 2.1 strokes per round on approach over his last 10 rounds, and does his best putting on Bentgrass greens, which is what they will be rolling on this week at the renovated Southern Hills.

Viktor Hovland has flown under the radar since the around-the-globe heater he was on earlier this season, as he has only made two starts over the past two months. Playing collegiately, he has spent quite some time at Southern Hills prepping for this tournament since finishing T-27 at the Masters, and his one glaring weakness of chipping out of thick rough should be mitigated this week with the style of this course.

His Tee-to-Green play is as good, if not better than anyone in the world when he has it going, and 25/1 is plenty tasty for me to back him to win his first major this week. He is No. 1 in this field in Strokes Gained Approach over the past 36 and 24 rounds.

Although set up far different from the course he will play in Tulsa, I saw enough out of Justin Thomas last week to make him my pick at the top of the board here.

Over the field’s last 24 rounds, Thanks ranks first in Tee-to-Green, fourth in Approach, fourth in Total Strokes Gained and fifth in total Ball Striking. Even his putter has done better lately than usual, as he has gained in three straight tournaments and four out of five.

The 2017 PGA Champion has waited long enough to claim his second major championship, and the all-around statistical form is too strong for me to ignore this week. He has notched 11 top 10’s since his last victory at the 2021 Players Championship, and world-class players such as Thomas find the winner’s circle eventually when they are that close time and time again.