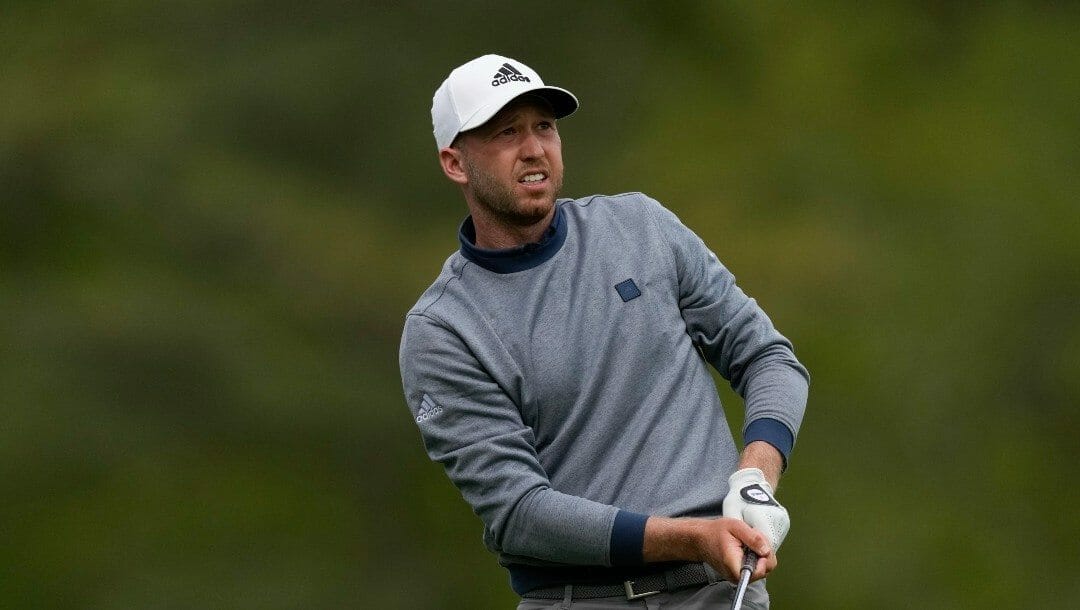 It is never quite as exciting the week after a major, let alone The Masters, but we are back to breakdown the 2022 RBC Heritage from Harbour Town Golf Links in Hilton Head, South Carolina.

Justin Thomas and Collin Morikawa have the best golf odds at +1200.

Here are some prop bets and picks to prepare you for a week of golf betting.

We are treated to quite a stellar field this year, with Collin Morikawa, Justin Thomas, Dustin Johnson, and Cameron Smith giving it a go for the “Red Jacket.” This 7,121-yard par-71 is a Pete Dye & Jack Nicklaus staple on the PGA Tour, highlighted by its small, contoured Bermuda greens lined with tight fairways and strategically placed bunkers.

Last year, tour veteran Stewart Cink throttled this course for his second win of the season with his son on the bag to the tune of a 19-under-par 265 for the four days. Cink was never really threatened on the weekend, and in my opinion, it was on the shortlist of most impressive wins of the year.

A moment to remember for Stewart Cink.
He captures the 2021 @RBC_Heritage. pic.twitter.com/rZXNc9zqot

With the 2020 installment event aside, which wasn’t played directly after The Masters due to COVID, eight of the past 10 champions here have played at Augusta before teeing it up here at the Heritage.

My betting card will reflect that trend again in 2022, as human nature would make this a much more comfortable spot for these pros than chasing down a green jacket. Usually, the winner will excel with wedge play and putting to get the job done.

This week’s key approach bucket for iron play is from 175-200 yards out and Kevin Streelman leads the field in that category on Pete Dye courses over the last 24 rounds. He also heads into this week in good form, posting three consecutive top-25 finishes highlighted by a seventh-place finish at the Valspar.

He has gained in all facets of the game over the past month, highlighted by his around the green play, so he should be able to clean up for par often when he misses these small greens.

If the 2021-22 PGA Tour season has been historic for something other than Scottie Scheffler’s current run of victories, it is with the number of first-time winners that have gotten over the hump.

I like Harold Varner III’s chances of crossing his name off that list and he fits well for Harbour Town. He is first in the field in bogey avoidance on Pete Dye courses and first in opportunities gained.

We know he can put himself in contention on Saturdays and Sundays, and I am backing that he will draw off his near misses to breakthrough this week.

Forever a darling of those playing the Pete Dye angle, we need to hope that Si Woo Kim can keep his putter in one piece for four rounds and be in the mix on Sunday. He had plenty of ups and downs last week at Augusta, and at the very least, his play was good enough to secure his 11th straight made cut.

He’s eighth in the field this week in birdies-or-better, so if he can avoid the numerous blemishes along with the birdies that are sure to come, he offers us great value at 50/1 outright and 9/1 for a top 5 prop.

Daniel Berger has notched seven top-10 finishes since his last PGA Tour victory in February of last year, and in many of those, he had real chances to keep the wins coming.

Bettors may still be sour from his final-round collapse at the Honda Classic, but I see a player firing on all cylinders this season. After a streak of five tournaments losing strokes with his putter but still posting impressive finishes, the 29-year-old Floridian found something with the flat stick on Bermuda greens.

I am avoiding the top of the betting board in this strong field in favor of Berger at a juicy 28/1 outright win.