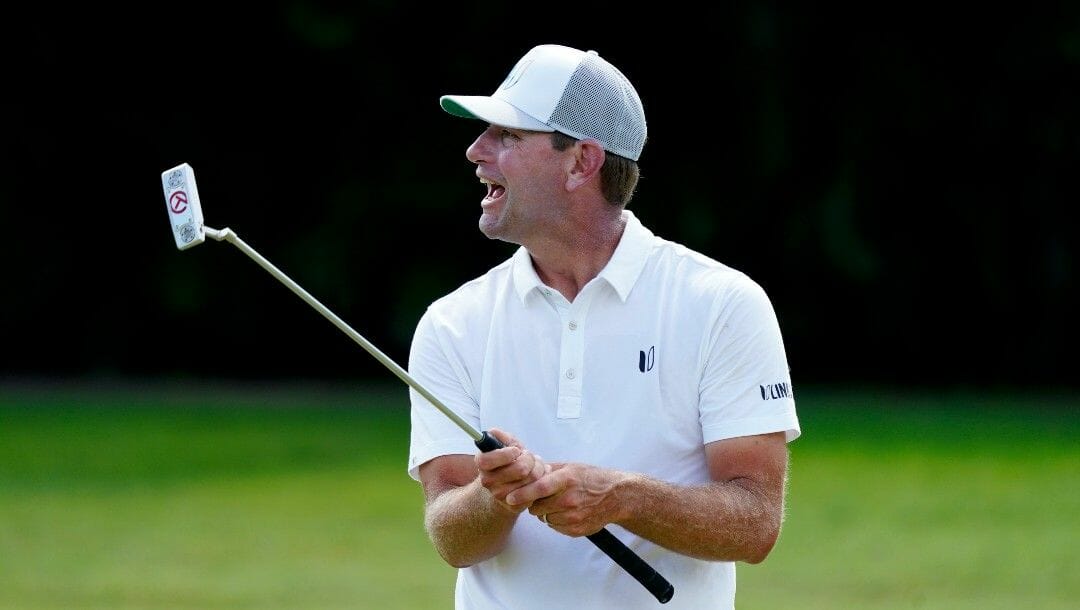 With the Masters only a week away, many in the golf betting world are focused on that, but this week the PGA Tour will make a stop in San Antonio for the 2022 Valero Texas Open.

Heading into the tournament, Rory McIlory has the best golf odds at +800.

Below are a few picks and analysis for the tournament, which will get underway on Thursday.

This 7,438-yard par 72 course features some of the longest Par 5’s the golfers will play all season where three of them are true three-shot holes, a rarity nowadays on the PGA Tour.

The fairways are hard to hit, as the Oaks Course boasts one of the lowest driving accuracy averages on the entire season-long schedule.

You will want to either target players who are accurate with their tee ball and long iron shots or implement a strategy that I will take with those who are very long off the tee who can scramble and putt their way to victory.

Although the fairways are well protected and there are not too many water hazards so the bomb-and-gouge game plan can work at this course.

Historically this event has favored native Texans and outside of Andrew Landry’s 2018 win at 200/1, most recent winners have been near the top of the betting markets.

Ahead of the 100th anniversary @ValeroTXOpen, a look at the top 10 shots over the years from the event. 🙌 pic.twitter.com/OxREgBXj9m

Lucas Glover is a horse for the course that I can get behind this week.

After a 14th-place finish here in his debut appearance at this event in 2019, Glover backed that up with a fourth-place result last year when he picked up over seven strokes gained to the field with his approach play.

It has been a mixed bag of results this season for the 42-year-old with a top-5 finish at the Sony Open highlighting an otherwise disappointing resume that includes two missed cuts in his last five outings.

The putter has been killing him, but his tee ball and iron play have not wavered which is why +900 for a top-10 finish at a familiar track seems like some good value on Glover.

On courses over 7,400 yards, Texan Ryan Palmer ranks fifth in Strokes Gained Off the Tee, sixth in Strokes Gained Approach, and second in total ball-striking. Almost no one will be on him this week as he returns home after missing three of his past four cuts, but when you look at the advanced stats the only glaring issue has been his putter.

A career middle-of-the-road player on the greens, Palmer has plummeted to the bottom 5% on Tour so far this season with the flat stick. A year ago you would be getting less than half of his outright number, so the opportunity is there to buy low on a veteran who should feel much more comfortable in his home state.

The epitome of consistency all of last year, Finau has been a forgotten man this season with four missed cuts in nine starts and only one top-20 finish. The stats haven’t been as bad as the results, and before catching the wrong starting wave at The Players Championship, he gained over six shots to the field with his irons at The Genesis.

Finau can call on a third-place finish at TPC San Antonio in 2017 as a positive memory as he tries to get his game back on track with the majors right around the corner.

Another against the grain play to consider is Bryson DeChambeau at +2800. After a lackluster 0-1-2 in group play at last week’s Match Play coming back from a prolonged injury, he decided he needed another tune-up before heading to Augusta next week.

I believe he will try to employ the same strategy that resulted in his U.S. Open at Winged Foot that he will undoubtedly roll out next week at The Masters as well.

If the bomb and gouge strategy does indeed work for him on a course where it is difficult to lose a tee shot, he can ride a hot short game to beat a field that is far inferior to the one he will face next week at most likely the same outright number.