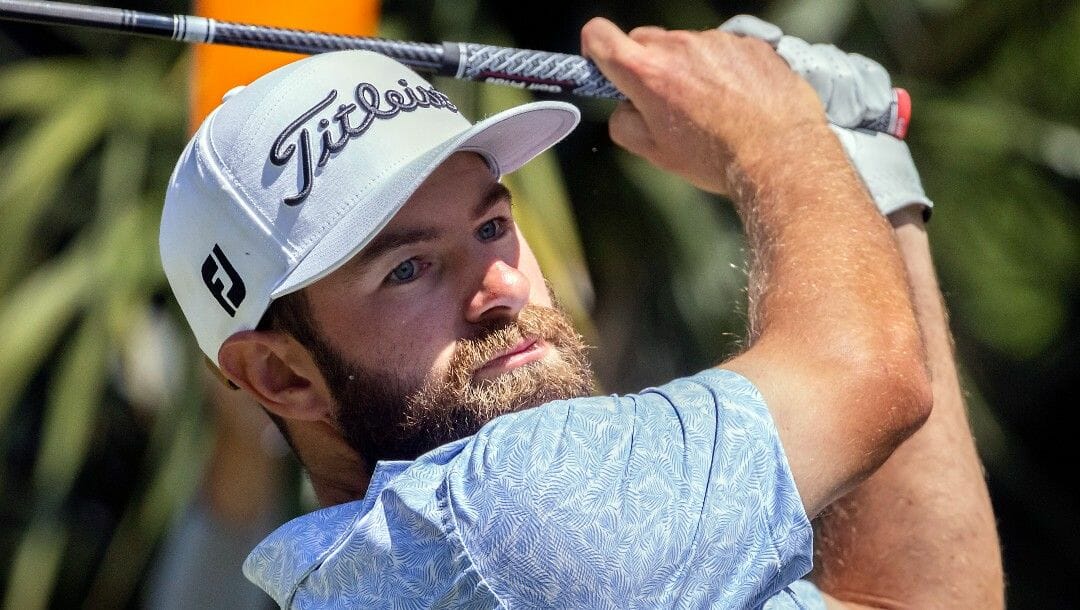 The Wells Fargo Championship is one of the more popular tournaments on the PGA Tour, mostly because of the course – Quail Hollow.

That isn’t the case this year. Because the Presidents Cup is being played at Quail Hollow in September, the tournament is being held at TPC Potomac. Since this course hasn’t hosted a PGA Tour tournament since 2018, there isn’t much course history to go off of, which makes for a unique week of golf betting.

And it isn’t as strong of a field as in previous years.

While 12 of the top 26 players in the world are teeing it up, there’s only one top-10 player – Rory McIlroy. He’s the defending champion and has the best golf odds to win at +900.

With little-to-no course history to use, this could be a good week to look for live golf odds once the tournament gets underway.

What we do know is TPC Potomac will play to 7,160 yards, which is on the short end of PGA Tour courses and is a par-70 with just two par-5s. It seems like the players who hit their irons the best will be the ones at the top of the leaderboard Sunday afternoon.

With that in mind, here are three of my favorite bets for the week.

This isn’t much of a surprise given what we know about TPC Potomac. Conners is one of the best ball-strikers on the PGA Tour, which leads me to believe he will have quite a bit of success. This feels like a very nice course fit for him.

Conners also comes in playing well of late. He has three top-12 finishes in his last four events, including a T-6 finish at the Masters. While the Canadian has only one career PGA Tour win, it feels like he’s due to break out in a big way.

The +2000 odds aren’t the best value, but the same could have been said last week for Jon Rahm with pre-tournament odds of +500 at the Mexico Open and he ended up winning.

Young is a 24-year-old rookie who isn’t exactly playing like one.

In 15 events, he has three top-5 finishes, including at some marquee events – the Genesis Invitational and the RBC Heritage last month. The Wake Forest product is known for his great iron play, which should come in handy this week.

Only a few inches away from an ace for Cameron Young. pic.twitter.com/XeyHc5fQab

This is more about fading Ancer than backing Bradley, but he does have a few things going his way.

Bradley finished tied for fifth in his only tournament appearance at the course and ranked second in strokes gained tee-to-green that week. He has good recent form – a T-4 in the team event at the Zurich Classic and a T-8 at the Valero Texas Open.

The fade of Ancer comes from playing in the Mexico Open last week. It was a huge tournament for him being in his home country, and he likely had a lot of pressure being the marquee name playing in front of a ton of fans.

Ancer probably is mentally and physically drained and could be due for a letdown this week. He’s also coming off a T-42 and a missed cut in his last two events.