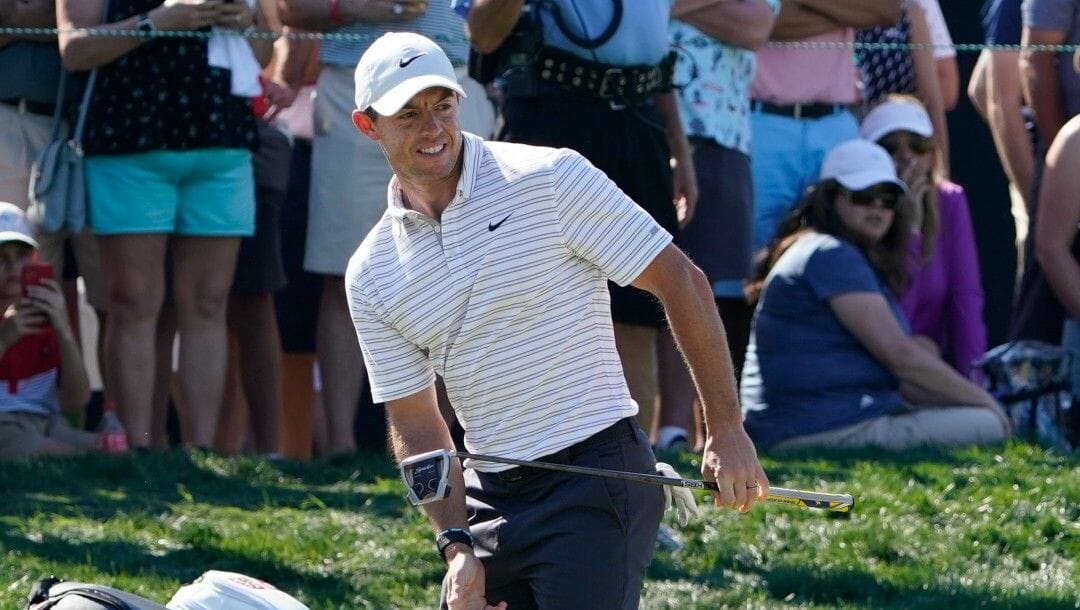 The 122nd U.S. Open will take place this week at The Country Club in Brookline, Massachusetts.

This historic course will be hosting a major for the first time since 1988; the 2013 U.S. Amateur and the 1999 Ryder Cup are the only two significant events that have been played there since.

This means that there is no course history for most of the players in the field. Matthew Fitzpatrick, Scottie Scheffler, Corey Conners, Bryson DeChambeau, Cameron Young and Will Zalatoris are a few players who did play in that 2013 U.S. Amateur.

While the lack of data to go off of could make golf betting predictions tricky, it should make for an enticing week of action.

Rory McIlroy (+1100) heads into the week with the best odds to win the U.S. Open following his win at the RBC Canadian Open last week.

Below is a closer look at his chances.

McIlroy is the favorite to win as the U.S. Open golf betting odds have him +1100, ahead of Justin Thomas, Jon Rahm and Scottie Scheffler.

Rory McIlroy arrives at the U.S. Open after successfully defending his title at the RBC Canadian Open. The win brought his tally to 21 PGA Tour titles in his career and was his second of the season.

Of course, he has four majors to his name, and his fifth is long overdue, with his last major win coming at the 2014 PGA Championship.

The 33-year-old enters the U.S. Open hot after his terrific play at St. George’s last weekend. His wedge game was world-class, and he led the field in Strokes Gained: Tee-to-Green as well as in driving distance.

McIlroy will need to keep up his precision and confidence off the tee if he’s to tackle The Country Club’s notoriously tight fairways flanked with gnarly rough and rocky outcrops.

He also has the chance to be the first player to win a major the week after a PGA Tour victory since 2014, when he won the WGC-Bridgestone Invitational the week before winning the PGA Championship.

Everything is going well for Rory McIlroy at the moment. He’s had a great season with six top-10 finishes, a win at the RBC Canadian Open as well as the CJ Cup, and a second place at the Masters.

This is a player primed to win this week who has a ton of confidence.

I, however, don’t see him repeating his 2014 back-to-back wins, with the second coming at a major. He will have to wait a bit longer for that elusive fifth major.