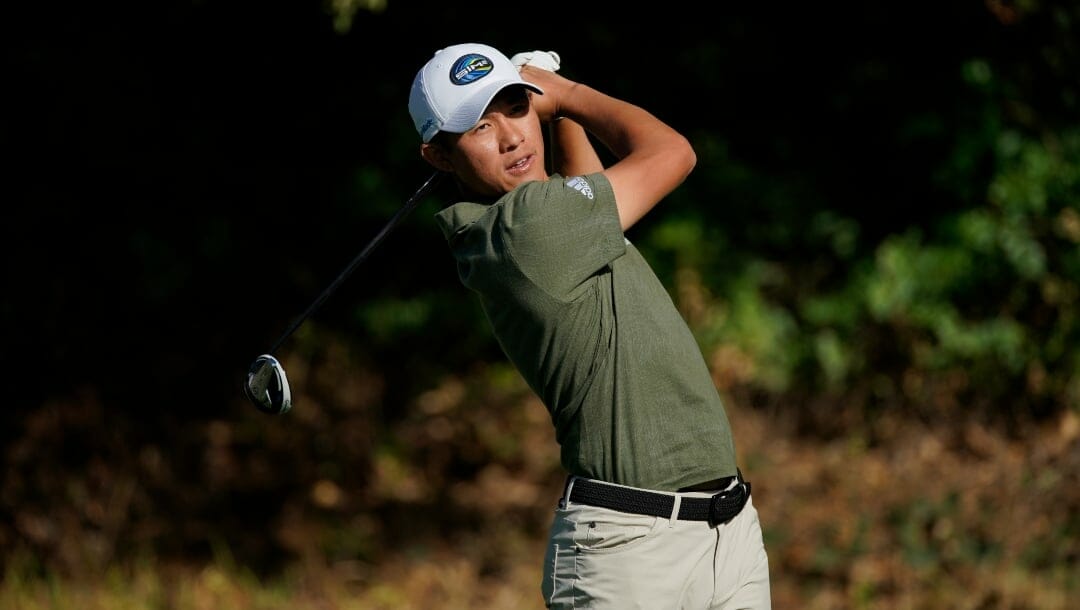 After a wild week at The Players Championship where Cameron Smith took home over $3 million, the PGA Tour is on the opposite coast of Florida for the Valspar Championship.

Although it likely won’t be as dramatic as the tournament last week, it still provides plenty of golf betting opportunities.

Defending champion Sam Burns has golf odds of +2000, while there are plenty of other talented players in the field, including Collin Morikawa and Justin Thomas.

The PGA TOUR makes its final stop of the Florida swing in the greater Tampa area for the 2022 Valspar Championship at the Copperhead Golf Course at Innisbrook Golf Resort.

Based on the history of this event, we are treated to a strong field. Five of the top-10 golfers in the latest world golf rankings will give it a go here, including Morikawa making his debut at a track that should fit him nicely. Burns will try to defend his maiden victory on the PGA Tour here from last year in which he won in dominating fashion.

This 7,340-yard Par 71 layout is one of the most difficult played on the Tour each season and it includes the grueling finish that is the “Snake Pit,” comprised of two difficult par 4’s sandwiched outside of a long, uphill par 3. Copperhead favors those who keep the ball in the short stuff off the tee and who flush their mid-to-long irons consistently for all four days.

The model I used for my selections this week includes an equal distribution of five categories over the previous 50 rounds for each player in the field. Those were: Strokes Gained Putting on Bermuda Greens, Proximity of shots 200+ yards on firm greens, Bogey Avoidance on difficult courses, Strokes Gained Tee to Green, and Strokes Gained Approach.

As far as longshot plays go here, I will start with a top-10 at 12/1 on Vaughn Taylor. He seems to love this course – he placed T-18 in 2019 and backed it up with a T-6 finish last year. He has made the cut in his last four starts and has gained in Strokes Gained-Tee to Green in all of his last seven events.

He makes for a nice cheap play in DFS formats as well as a good price in exotics such as top-20 and top-10 bets.

Jason Day (+5000) was off to a fantastic start last week at The Players before being on the wrong side of the weather, which derailed his chances to go out and contend in his first golf tournament since the passing of his mother.

Day had been trending in the right direction before he stepped away to tend to his family with a third-place finish at the Farmers backed up with a top-25 at Pebble Beach. He is third in this field in total strokes gained Around the Green and Putting over the past 24 rounds, so if he is just able to harness in his irons, I love his chances to be in the mix come Sunday.

Someone who was just a hair off from being in the real thick of the story in the final round last week was Abraham Ancer (+2800).

He turned in the best performance with his irons (2.8 strokes gained on the field) in about six months, but his normally stellar scrambling game failed him in the third and fourth rounds.

I like backing him at a course that he has performed well at (fifth and 16th in his two appearances at the Valspar) where keeping it in the fairway is at a premium. Ancer sneakily ranks inside the top-15 in this field in both Good Drives Gained and total Driving Accuracy.

It is quite rare to read my previews and see me on a player that is in the top-3 in the betting markets, but Morikawa is too much of a perfect fit at Innisbrook to be ignored, even at 11/1. Another victim of the poor tee time draw at Sawgrass, Morikawa will have traveled to Tampa earlier than most last week, and getting an extra few practice rounds in at Copperhead will only propel the top iron player worldwide.