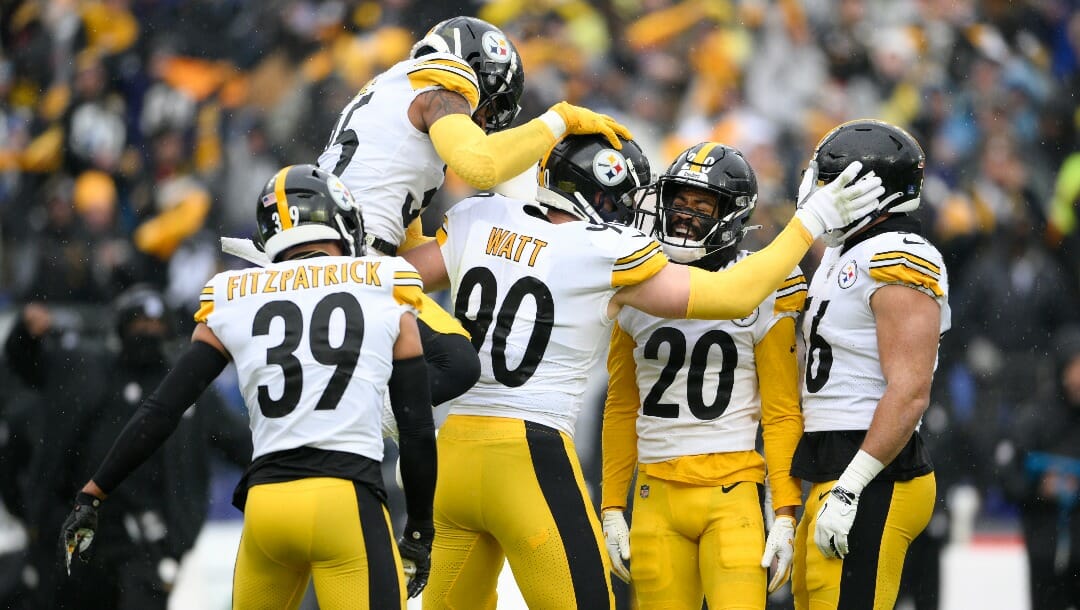 It’s the Pittsburgh Steelers’ first season without Ben Roethlisberger since 2003. And their first post-Big Ben season begins with the worst odds in NFL betting to win the AFC North.

The Steelers didn’t add too much this offseason at the skill positions, but a veteran like Trubisky was a necessary signing following the retirement of Roethlisberger. He’ll now compete with first-round pick Kenny Pickett for the starting job throughout training camp and the preseason.

Roethlisberger may have been one of the worse quarterbacks in the NFL statistically in 2021, but his leadership and presence within the huddle simply can’t be replicated in 2022.

His legacy makes him one of the greatest Steelers ever to play, and life without Big Ben may be more difficult than expected.

One of a quarterback’s best friends is a reliable, workhorse running back, and Najee Harris is in line for many reps this season. His rookie campaign set the stage with Harris leading the league with 381 touches.

Head coach Mike Tomlin would be foolish not to look for a similar usage level out of his budding star out of the backfield in 2022.

Despite ranking just 24th in yards per play allowed last season, the Steelers still boast one of the most talented defenses in the NFL, which can act as a solid crutch for whichever new quarterback is under center next season. Pair it with a capable running back in Harris, and they will be able to ease their signal-caller into the season as they look to tread water in a difficult division.

Every team ahead of the Steelers in the AFC North is priced at +200, and that level of unpredictability may play into their favor. If they can manage just slightly above average quarterback play, this could be a team that wins double digits in 2022 and be within the thick of it in this division.

They are worth a grab at such a long price with so much talent and a winning head coach like Tomlin at the helm.

I’m buying the Steelers at this longer price to contend for the AFC North in 2022.