Ever seen an aggressive butterfly? You’ll find one on the ice at the next New York Rangers game, and his name is Henrik Lundqvist. Born on 2 March 1982 in Sweden, Henrik is a professional ice hockey goaltender for the New York Rangers of the NHL. If you are into NHL games or online sports betting, this is a player worth watching.

Lundqvist’s awards and achievements are numerous and stretch back to his early years playing junior league ice hockey in Sweden. Even today Lundqvist continues to stack up world-class stats and record-breaking performances while playing at the very top level in the NHL and the Olympics. Here we take a look at some of the major achievements and milestones in Henrik’s career, cast a few predictions for the coming season, and point out why Henrik “The King” Lundqvist is a player to look out for in your NHL online sports betting.

Born in the village of Åre in Jämtland, Sweden, where alpine skiing is by far the most popular sport, Henrik and his identical twin brother Joel chose instead to play ice hockey. It all began in the kindergarten sandpit that was frozen over by the teachers so that the boys could ice skate on it. From there, Henrik and Joel’s father Peter began taking them to ice hockey games, and it wasn’t long before the twins joined Järpens IF and started playing organized ice hockey for the first time. It was during one of their first practice sessions that the coach asked if anyone would like to be a goaltender – Joel grabbed and raised his brother’s hand and began Henrick on what was to become a journey to great success.

After several years playing junior ice hockey for their local team Rögel BK, Frölunda manager and coach Janne Karlsson contacted their father and expressed an interest in having the boys play for Västra Frölunda HC – which was their favourite team at the time. Henrik made his Elitserien debut in 2000 for Frölunda. Though his first game was a loss, Henrik bounced back in his next game and showcased his potential by stopping 18 shots and only allowing one goal through.

In 2001 Henrik led the Swedish national junior team to a fourth-place finish in the World Junior Ice Hockey Championship in Moscow and spent the rest of the season playing in the J20 SuperElit, where he would lead Frölunda to their second straight Anton cup victory. In 2004, Lundqvist has rated the sixth-best European prospect by The Hockey News – and was the only goaltender to make the list. During his 2005 season, Henrik really began to shine on the ice and broke four Swedish national records with the lowest goals against (1.05), highest save percentage (0.962), longest goalless streak (172 minutes and 29 seconds) and most shutouts in a season (6). That season Henrik was named Best Goaltender, Best Player and the league’s MVP by fellow players. 2005-06 was a massive season for Henrik who was picked up by the New York Rangers. On October 8, 2005, the NYR starting goaltender Kevin Weekes was injured and Lundqvist made his NHL debut against the New Jersey Devils stopping an impressive 24 of 27 shots at goal. On October 13 Lundqvist claimed his first NHL career win, and only a few days later on October 17, Lundqvist posted his first-ever shutout – the first rookie to do so since John Vanbiesbrouck in 1985. He was awarded the 05-06 MetLife/Steven McDonald Extra Effort Award for that season and was a finalist for the Vezina trophy – an award given annually to the NHL’s best-rated goaltender.

By 2008 Lundqvist had made quite a name for himself in the NHL, and among fans, as one of the best goaltenders in the league. He confirmed this by leading the New York Rangers to a victory in the Victoria Cup by beating Metallurg Magnitogorsk in October of that year. In 2009 Lundqvist became the first-ever NHL goaltender to achieve at least 30 wins in his first four seasons, and in 2010 he became the first-ever goaltender in the NHL to do it for five.

Lundqvist’s 2014-15 season was not only amazing but also featured one of the rare occasions that The King appeared to be only human. In a game against the Carolina Hurricanes, Lundqvist took a puck to the neck from Brad Malone. He remained in the net for the game and went in for another game three days later. It was only after this game that it was discovered that a blood vessel in his neck was damaged, and Lundqvist would be out for the next seven weeks. Having missed nearly two months on the ice due to the injury, Lundqvist returned and was still able to secure his ninth straight season of at least 30 wins – so maybe he is still a little more than the only human.

There is no limit to Henrik Lundqvist’s potential, and his tenacity and work ethic seem to intensify each year as he continues to further his win record and prove that he is truly one of the greatest players the NHL has ever seen.

Some of the notable awards and achievements across Henrik Lundqvist’s career include:

These are just a few of the awards and record-breaking achievements earned by Henrik Lundqvist over his career. It is no wonder that he is rated one of the best goaltenders of all time by players and fans of the NHL. Be sure to keep an eye out for how Henrik’s influence on the ice can affect sports betting trends and odds, and potentially bring you success in your online sports betting. 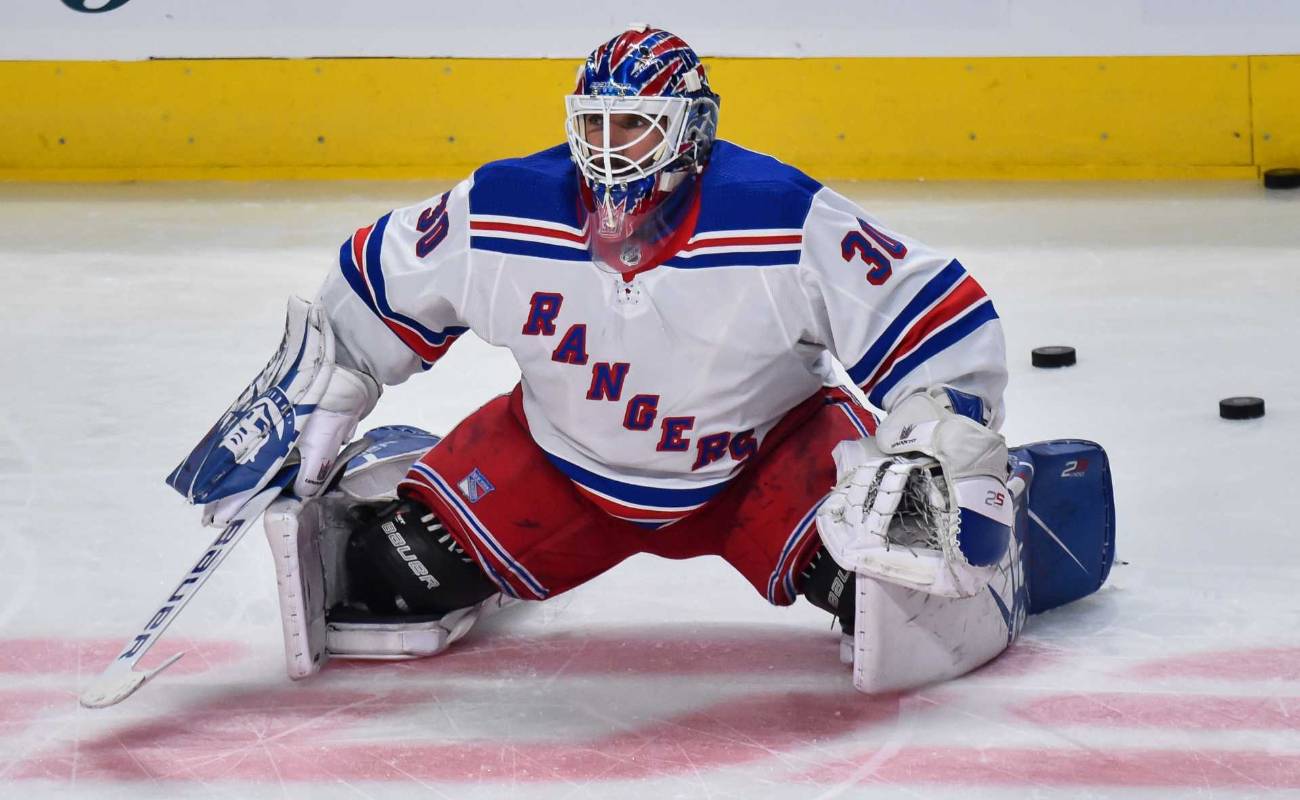 Looking at the upcoming 2020-21 season we expect more of the same from King Lundqvist. Expect the same dominating athleticism, aggressive and strong positional play and sensational speed that has been consistent throughout his career. Henrik Lundqvist is a solid player for your online sports betting, as you would expect from the only goaltender in NHL history to achieve at least 20 wins in 13 consecutive seasons. The New York Rangers are in safe hands, and you are too if your money is on The King.

Starting your NHL sports betting career is just a click away. Simply visit our sports betting page, sign up, and you’re good to go. At BetMGM there are plenty of welcome offers and promotions to take advantage of, as well as the best-fixed odds and live online sports betting for all of the biggest NHL games.