What Players Have the Best Super Bowl 56 MVP Odds? 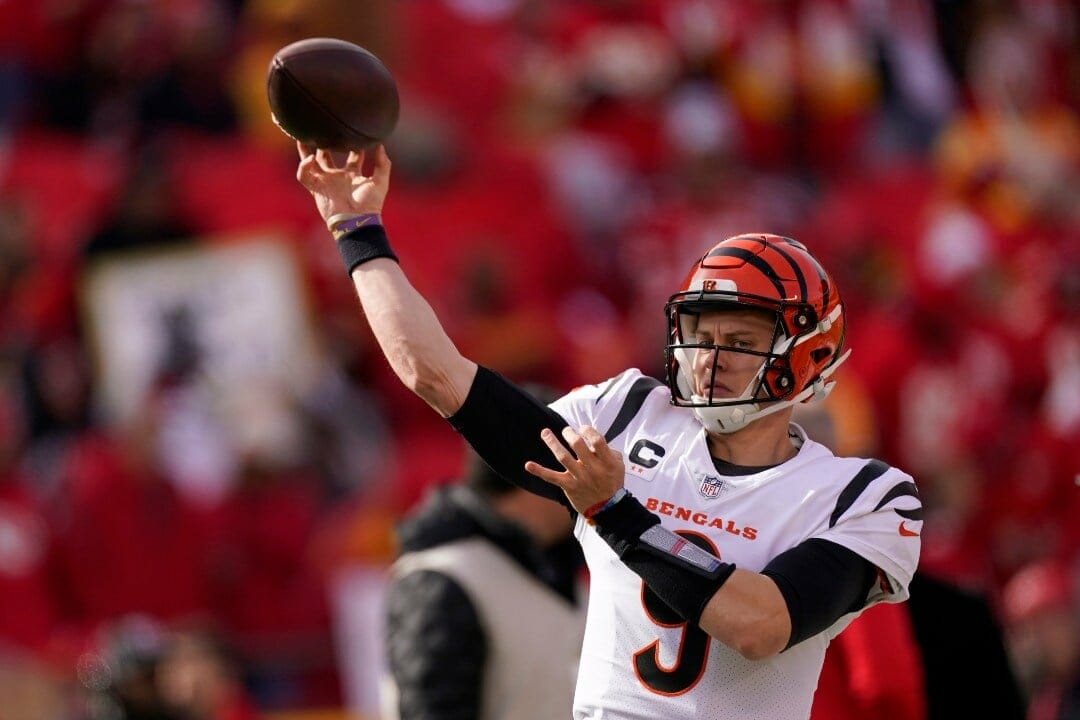 The article below will analyze the Super Bowl MVP odds to find value for bettors. Read on to prepare for the big game.

Should Joe Burrow Have Better Odds for Super Bowl MVP?

Stafford is the betting favorite in part because the Los Angeles Rams are favored to win the game. The only time the Super Bowl MVP came from the losing team was in 1961 when Chuck Howley of the Cowboys won the award.

I believe Burrow will have to lead the Cincinnati Bengals to victory to win the award, but I think he can do it. The Los Angeles Rams ranked 22nd in the NFL in pass yards allowed per game this season, while Burrow and the Bengals ranked seventh in the league in pass yards per game.

The Bengals have two receivers with over 1,000 yards on the season: Ja’Marr Chase and Tee Higgins. Tyler Boyd also has 828 yards. The Rams have a tough choice to make: they can use high-low coverage against Chase, but that will leave the middle of the field open. They could also put Jalen Ramsey on Chase and rely on his skills to slow down the receiver, but against the Kansas City Chiefs, we saw Burrow throw the ball to Chase in the second half on early downs when the Chiefs employed this strategy.

I believe Burrow should be able to move the ball downfield against the Rams’ defense.

Is Donald the Best Long Shot to Bet On

Donald will face a Bengals offensive line that allowed nine sacks against the Tennessee Titans two weeks ago. I think Donald will have to rack up multiple sacks, a turnover, and possibly a defensive score to win Super Bowl MVP. I also think that’s well within the range of outcomes for Donald in this matchup.

Are Ja’Marr Chase and Cooper Kupp Worth Betting On?

I believe Chase is an unattractive bet because he’ll probably have to go against Rams All-Pro DB Jalen Ramsey. When it comes to Kupp, I don’t believe that recent history favors a bet.

After analyzing the Super Bowl MVP odds, I don’t see any reason to bet on anyone but Stafford, Burrow, or Donald. Donald is a long shot at +1600, but he’s also one of the most disruptive players to ever line up on defense.

Are you ready to place your Super Bowl bets? Head to BetMGM’s online sportsbook for odds, lines, and more prop bets. Sign up for an account today for a risk-free bet of up to $1,000.