How Many Points Can the Pittsburgh Steelers Score Against the Baltimore Ravens in Week 18? 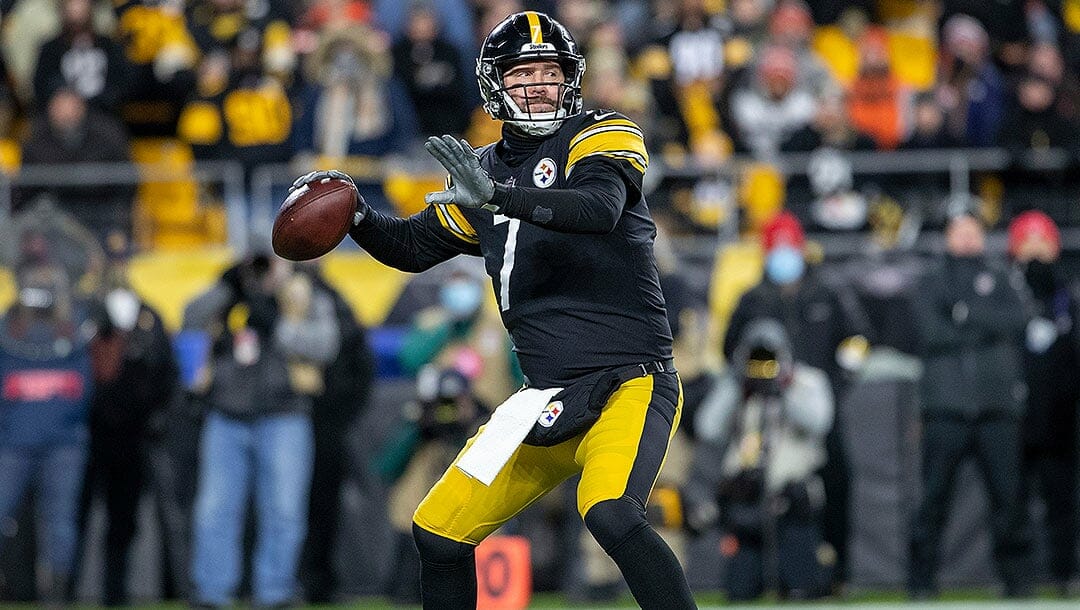 The Pittsburgh Steelers will wrap up their regular season on the road in Week 18 as they travel to take on the Baltimore Ravens. Recent NFL betting lines have Pittsburgh as 5.5-point underdogs in a must-win game for the Steelers playoff hopes.

Continue reading to find out the scoring potential of the Steelers’ offense this week.

In what may have been the last home game for franchise quarterback Ben Roethlisberger, the Steelers (8-7-1) beat the slumping Cleveland Browns, 26-14. The Steelers still sit on the outside looking into the AFC playoff race despite the win.

As the 9th seed currently, Pittsburgh will need an upset victory over the Ravens, an Indianapolis Colts loss, and a non-tie outcome of the Los Angeles Chargers and Las Vegas Raiders game to sneak into the playoffs.

Pittsburgh’s offense has been inconsistent this season despite an array of talented players like running back Najee Harris and receivers Chase Claypool and Diontae Johnson. Harris is fourth-best in the NFL in rushing yards with 1,172, and Johnson ranks ninth among receivers with 1,110 yards.

Overall, the Steelers’ offense ranks 21st in the NFL in scoring, averaging just over 20 points per game.

One factor contributing to Pittsburgh’s offensive struggles has been a lack of explosive plays. Roethlisberger is on pace to reach the lowest yards-per-attempt season of his career (6.2). This mark is good for 30th in the league this year, between rookies Zach Wilson and Trevor Lawrence.

A Look at the Ravens Defense

The Ravens defense has been a story of two extremes this season. On the one hand, Baltimore stops the run better than any team in the NFL. Ranking first in rushing defense, the Ravens have limited opponents to 84.8 yards per contest.

In their first matchup this season, the Steelers outlasted the Ravens 20-19. With playoff hopes alive for both teams this week, I expect another close game.

In the last five matchups between Pittsburgh and Baltimore dating back to 2019, only one game finished with a margin of over five points.

While running the ball may be difficult against a solid Ravens’ front, Roethlisberger and the Steelers’ passing attack should be able to move the ball reasonably well.

Pittsburgh Steelers: Can They Score Enough Points to Beat the Ravens?

Pittsburgh’s offense hasn’t been great this season, but I believe they have a solid matchup this week against a shaky Baltimore secondary.

I like Baltimore to win, but the Pittsburgh Steelers to cover in a 24-21 game. What do you think?

Sign up to take part in BetMGM’s King of the Weekend promo and choose the top six scoring teams from this week for your chance at $50,000.