Premier League: Erling Haaland Can Be the Missing Piece in Manchester City Jigsaw 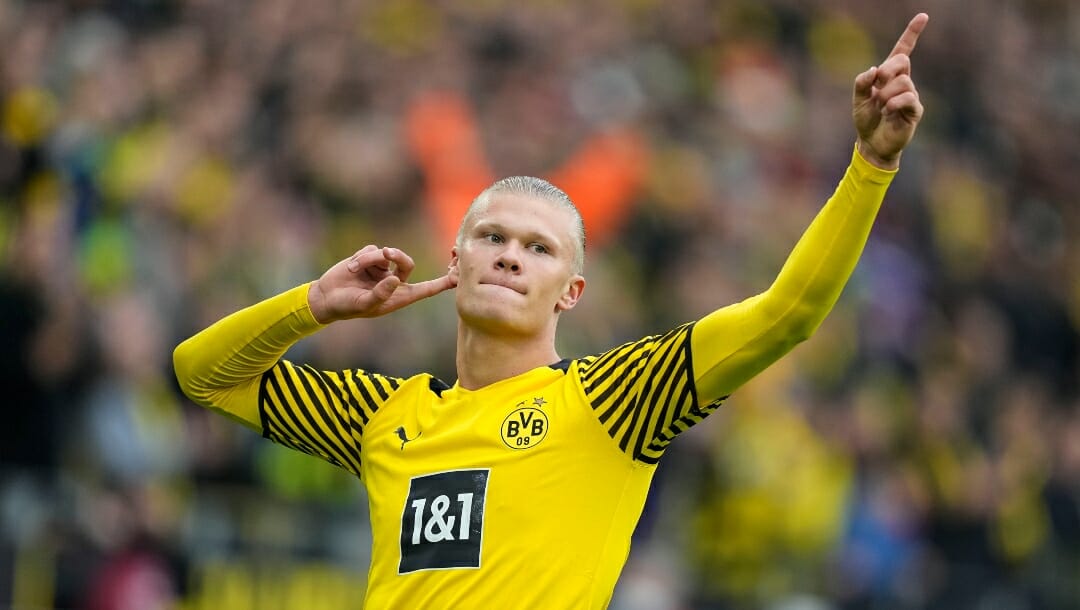 Manchester City aren’t prepared to rest on their laurels, and they made a huge signal of their intent when they recently signed Erling Haaland from Borussia Dortmund.

In what may be considered a snippet, City’s owners stumped up a mere $64 million to lure Haaland away from the Bundesliga, increasing the squad’s already stellar EPL title odds of winning it all this upcoming season.

While it usually takes foreigners time to settle into the Premier League, Haaland will be warned to hit the ground running, and he arrives with a big reputation.

Haaland has torn the Bundesliga to shreds, and despite being hit by injuries this term, he has still contributed 22 goals in Germany’s top flight.

The Norwegian is only 21 years old, but he is fast developing into one of Europe’s most lethal strikers, and he has given defenders nightmares. Here’s what City have to look forward to next season.

Finding a natural replacement for Sergio Aguero must have been causing some sleepless nights for City’s owners.

The mercurial Argentine attained legendary status at the Etihad, and he will be inextricably connected with City’s last-gasp win over QPR 10 years ago, which heralded a first Premier League title for the club.

Currently, City doesn’t have an out and out forward who plays as the number nine. Gabriel Jesus could be offloaded in the summer, and Kevin De Bruyne was their top scorer in the Premier League this season, registering 15 goals.

But in Haaland, you have a player scoring goals for fun. After joining Dortmund in 2020, he netted an extraordinary 85 goals in 88 appearances, and he left Dortmund in a strong position than when he first arrived.

Although it is pastures new for Haaland, he will be joining a City side that has dominated English football, and keeping Liverpool at bay for another season will be the main objective.

Haaland can twist defenders inside out and score all types of goals, even though he is predominantly left-footed. He may well feast on the kind of service that De Bruyne delivers.

It has been nothing but an honour to wear this shirt. At @BVB, I've spent memorable moments, met special people, not to mention a fanbase that has been always our extra man on the pitch. The Yellow Wall is truly incredible. I'll never forget any of this! Thank you all! 🖤💛 pic.twitter.com/MegplT4y7B

Pep Guardiola is one of the most revolutionary coaches and a brilliant tactician. His main philosophy revolves around monopolizing possession, but his style allows his side to bomb forward in attack, and they like to press in packs too.

Haaland may, on the outset, just seem like a predatory striker, but that couldn’t be further from the case.

If anything, he is versatile as he can drop deep to collect the ball, and he works hard off the ball too.

He seems to be the quintessential Guardiola player, and the Spaniard will appreciate what Haaland offers.

If he can buy into Guardiola’s philosophy quickly, Haaland could be an instant hit, and it wouldn’t be a surprise to see him net 20-plus Premier League goals next season.

City fans will no doubt be salivating over what Haaland can do, and the player has connections to the club. His dad, Alf-Inge Haaland, spent a short spell in the blue half of Manchester.

Haaland will be hoping to capture the Champions League, and a successful Premier League title defense could beckon for City.

Currently, you can get a Premier League winner odds at the short price of -150 for City to lift the title once again next season.