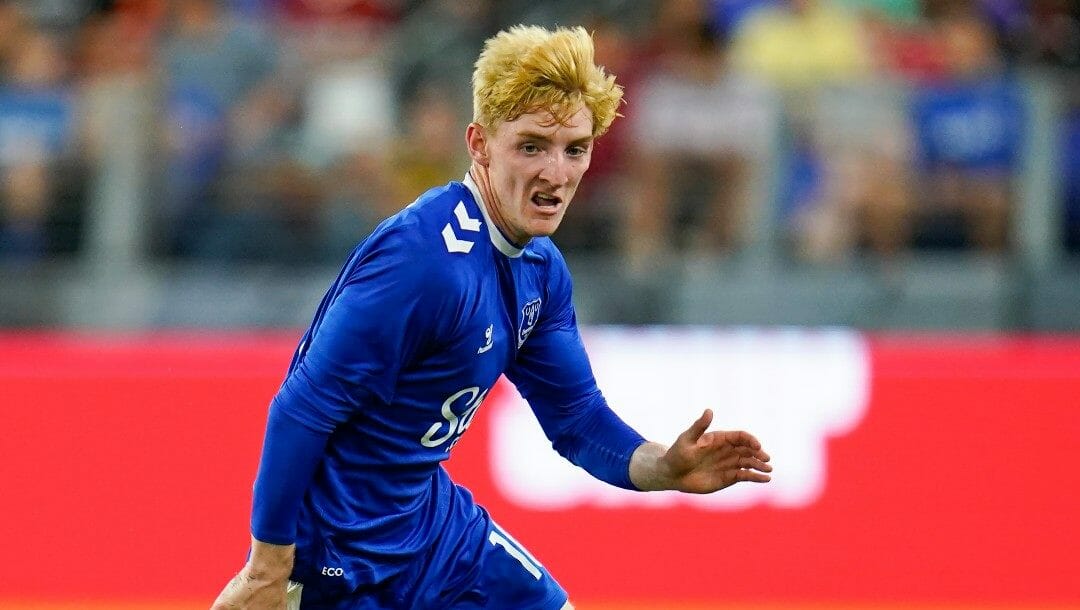 Two teams with vastly different aspirations for the 2022-23 English Premier League will go head-to-head at Goodison Park on Saturday. Everton hopes to stay out of the relegation scrap this season, while Chelsea will attempt to fight for the title.

The Premier League betting odds have Chelsea as favorites in their first game of the season, although manager Thomas Tuchel has stated his team “[is] not ready” at the start of the EPL this weekend.

Suppose you regularly bet on Premier League games. In that case, you’ll be aware that Frank Lampard’s team had a nightmare of a season last year, and he’ll be hoping for a positive start to dispel any lingering doubt hanging over his job at Everton from 2021-22.

The Toffees only just escaped relegation on the last day of the season, and they’ll want to avoid that scenario at all costs this time around.

Here’s what you need to know about the Everton vs. Chelsea matchup at Goodison Park.

The Toffee’s preseason was about as underwhelming as their previous season, and fans would not have been impressed with the only wins against Blackpool and Dynamo Kyiv.

The 4-0 loss to Minnesota United was tough to watch, and the team’s display doesn’t suggest that they will fare any better this season.

If a singular team in the Premier League needed serious strengthening after last season, it was this Everton team. However, Lampard has only managed to get three players to join the club in the form of James Tarkowski and Dwight McNeil from Burnley and Rúben Vinagre from Sporting.

Fans will hope more will come in the last month of the transfer window.

That being said, there seems to be a good link-up between Tarkowski and Dominic Calvert-Lewin, and McNeil scored twice in the game against Dynamo Kyiv, so there are some positive signs for fans.

The Blues had a mixed bag regarding their preseason form, but the game that undoubtedly defined it was the 4-0 loss to close rivals Arsenal.

Chelsea was humiliated by the Gunners, and fans would have been left wondering what their chances are this season on the back of that humbling defeat. To make matters worse, Tuchel confirms that far from improving the readiness of his players, the trip to the USA drained them mentally and physically.

There hasn’t been a tremendous amount of activity in the transfer market, but Tuchel has signed some excellent players that will improve the Premier League odds of them fighting for the title. The club has invested in Raheem Sterling from Manchester City, central-defender Kalidou Koulibaly from Napoli, and Gabriel Slonina from Chicago Fire as a backup keeper.

There’s still a lot of movement from Chelsea regarding transfers, and there’s sure to be a couple more additions before the window closes.

I expect Chelsea to win this match, although I think they have got off lightly with facing Everton as their first opponents.

The Blues had a tumultuous time last season and have new owners, while many more experienced players have left the club. I think their biggest problem will be in defense, and it will take some time for them to adapt with new signing Koulibaly at the heart of the back line.

However, once they have got used to playing together, a defense containing James, Koulibaly, and Silva, as well as an excellent keeper in Mendy, will be a challenging task for any attacker.

Sterling should thrive at Chelsea, where he won’t be a bench player or overshadowed by more prominent names like he was at Man City.

Everton might have cracked the newly formed defensive line if they had talismanic Calvert-Lewin to rely on, but the striker has been ruled out with a knee injury for up to six weeks. So I don’t see Everton getting on the scoresheet here.

If you’re looking to bet on the Premier League with something other than an outright winner, here are some EPL betting tips to consider: