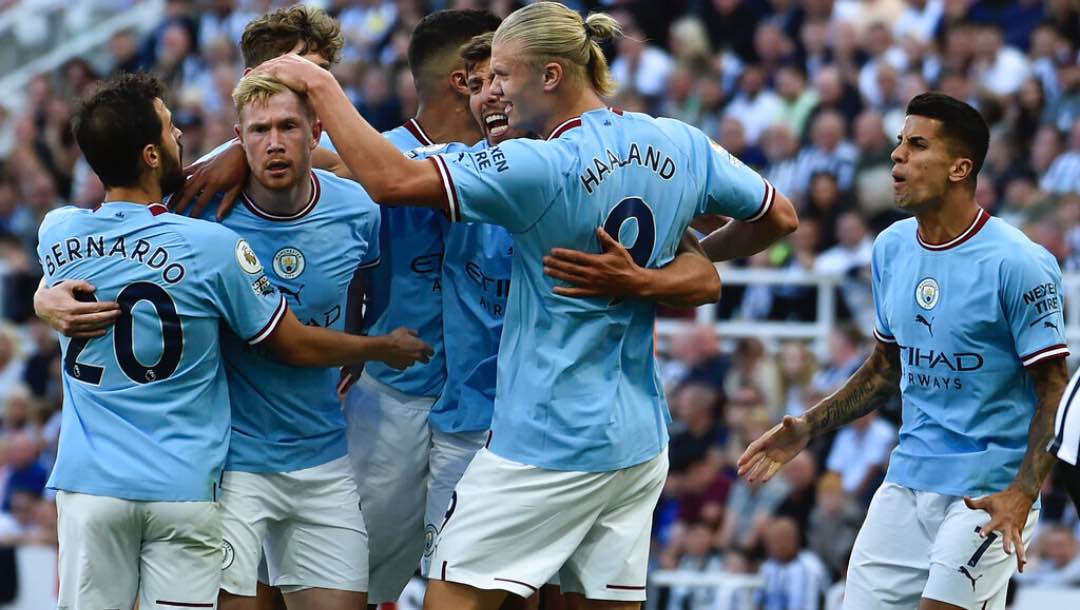 Manchester City showed that they have the spirit to fight back when they came from two goals down to earn a draw against Newcastle last weekend. Pep Guardiola’s team conceded their first goals of the season at St. James’ Park, and he’ll hope that his defense will be better for the rest of the campaign.

The Premier League betting odds have Man City down as firm favorites at -600, but Crystal Palace will undoubtedly cause them some problems.

Crystal Palace built off of the back of their impressive draw to Liverpool two weeks ago and took all three points when they faced Steven Gerrad’s Aston Villa. Wilfred Zaha is having a stunning season so far, and he was on the scoresheet twice against Villa.

The game against Newcastle proved that Manchester City does have a weakness, and it will be interesting to see if the Eagles and other Premier League teams exploit it to put a dent in City’s EPL title odds.

City had won 27 of the previous 28 games when they scored the first goal, and it seemed to be business as usual when Illkay Gundogan put Manchester City ahead at St. James’ within the first five minutes of the match.

That was the last of City’s early attacking success, however, and they were down 3-1 to Newcastle by the 54th minute. Before the game, Eddie Howe admitted that the attacking intent from the Magpies would open them up at the back.

This seemed to ring true for City’s early goal, but being on the front foot undoubtedly worked in Newcastle’s favor, and they unearthed a City weakness that other teams could try to exploit in the future too.

Could Pacey Wingers be City’s Downfall?

The combination of Rodri and Kyle Walker was ill-equipped to deal with the pace and physicality of Allan Saint-Maximin. He was repeatedly able to beat the two defenders, and he drove fluid counter-attacks that completely cut City apart.

The home side’s attacking intent did eventually hand City the draw at the end of the day. However, it offered a glimpse into a possible chink in City’s armor.

Wilfred Zaha scored his third goal in three games in Crystal Palace’s win over Aston Villa, and he could be the key to unlocking City’s defense in the same way Saint-Maximin did for Newcastle.

After an opening day defeat to Arsenal, the Eagles were unlucky not to win against Liverpool and had to settle for a draw. But, they dominated the match against Aston Villa, despite conceding the first goal.

Patrick Vieira has turned this Palace team into an intensely pressing, attack-minded side that wants to win the ball as high up the field as possible. While this could open up their defense to the formidable City frontline, I think they will cause Guardiola’s team problems.

Ultimately, City’s attacking force will be too strong for the Eagles. But, if Crystal Palace plays with the pace and passion they did last weekend and get Zaha onto the ball, then I see them getting on the scoresheet.

I’m expecting a 2:1 win to Manchester City in front of their home crowd.