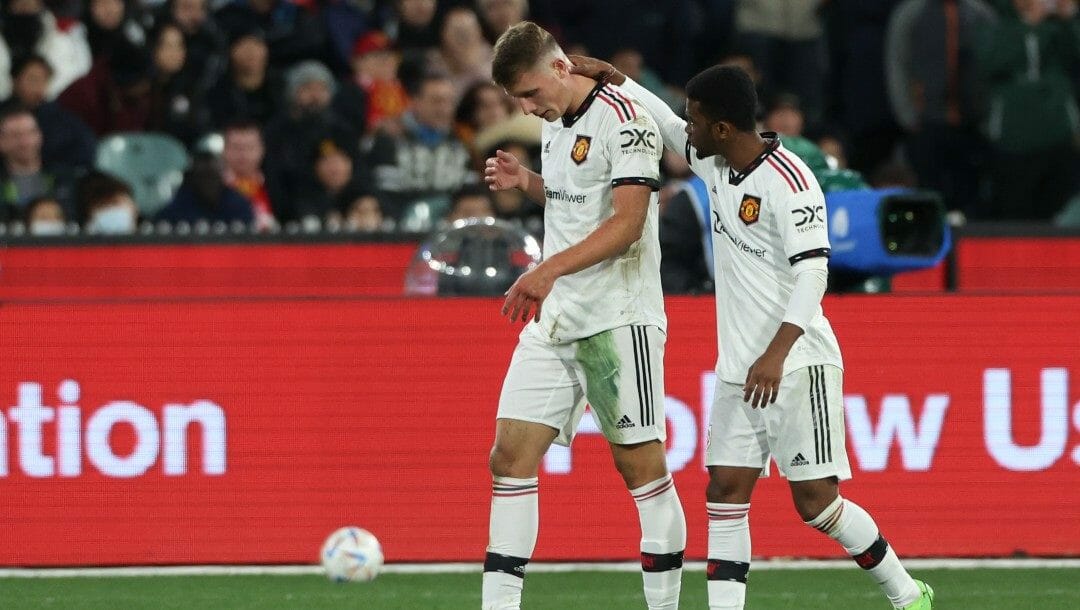 Manchester United will hope to start the 2022-23 season positively. The club has a new coach in Erik ten Hag, and there’s a renewed sense of anticipation around the ground that has been missing for some time.

They will host Brighton at Old Trafford for their first EPL game of the season, and while the Premier League betting odds have the Red Devils as favorites, it’s essential to keep in mind that the Seagulls humiliated United 4-0 the last time the two teams met.

Will ten Hag’s team inflict revenge on the Seagulls? Or are they in for another humbling loss, this time on home ground? Let’s look at both teams’ preseason form and transfers, EPL betting tips, and Premier League odds for Manchester United vs. Brighton.

United started their preseason with a bang by putting four goals past Liverpool in Thailand. Of the six games the team played, they won three, drew two, and lost one.

The leaky defense in this team is still a problem; however, fans will have been thrilled to see the front line combining to devastating effect. In all, 14 goals were scored in the preseason, and it looks like Jadon Sancho might have found his feet at United at last, and Anthony Martial looks like a new player.

The club had a slow start to the transfer season and got rid of a lot of dead wood with seven players leaving the first team squad. Ten Hag has brought in Tyrell Malacia and Lisandro Martinez to add some steel to United’s defense and Christian Eriksen for creativity and experience in the midfield.

In all honesty, all of United’s signings look to be good value and strengthen the team. Ten Hag should get a few more players over the line before the end of the transfer window, with a striker and a defensive midfielder at the top of his shopping list.

The Seagulls had a decent preseason with three wins in five games, scoring 11 goals. The standout player from the preseason was undoubtedly Leandro Trossard. He has continued his fine form from last season and had a hat trick in the club’s 5-1 victory over Espanyol.

Unfortunately, Brighton’s biggest bit of transfer news was on the exit side of things, with talented midfielder Yves Bissouma moving to Tottenham. Manager Graham Potter hasn’t replaced the midfielder yet, and Alex MacAllister is expected to start in the position.

So far, the club has signed two players in the form of striker Julio Enciso and winger Simon Adingra. Fans will hope that a few more players arrive before the end of the transfer window.

At -160, soccer betting odds have Manchester United as clear favorites to beat Brighton at Old Trafford in their first game of the 2022-23 season. A tie comes in at +290 and a win for Brighton at +450.

I’m still not super comfortable with the pairing of Raphael Varane and Harry Maguire at the back for Manchester United. The sooner ten Hag can get his new signings fit and ready to start at the back, the better.

There is no denying United’s midfield is greatly improved with the addition of Eriksen. Up front, Marcus Rashford is looking sharp, and Sancho is finally showing United why they bought him. So expect a few goals.

Anthony Martial has had a career resurgence, but he is a doubt through injury, and if Ronaldo starts the game, this could derail ten Hag’s high-pressing game.

Brighton’s team is weaker without Bissouma, but the combination of Trossard and Welbeck always seems to give United’s backline problems.

I’m going with Manchester United to win 3-1 at the Theatre of Dreams.

If you want to bet on the Premier League game between Manchester United and Brighton without going for the outright winner, here are some of the best bets to consider: