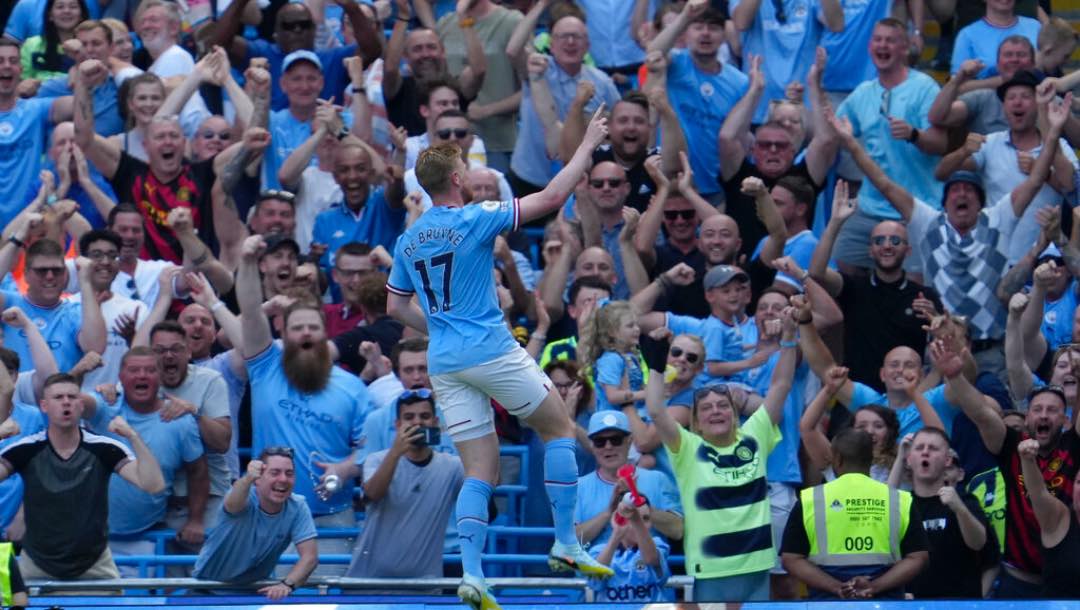 Manchester City demolished Premier League newcomers Bournemouth 4-0 in their last game, and Erling Haaland wasn’t even on the scoresheet. City is looking to become only the second team to win three Premier League titles in a row.

The Premier League betting odds suggest that this is not just possible but entirely likely, and Manchester City has the best EPL title odds for the season.

While Eddie Howe’s team wasn’t at its best last weekend at the Amex Stadium, they still managed to rescue a draw against a better Brighton side. Keep in mind that the Seagulls beat Manchester United in the match before.

It was a decent away result for the Magpies and builds on their 2-0 win over Nottingham Forest in the first game of the season.

In 2021, many thought that Newcastle was set for relegation to the championship until Eddie Howe took charge of the team. After a tricky start to his tenure, Newcastle quickly climbed the table and ended the season in 11th. Far from the drop zone.

This season, Europa League qualification should be the objective for the Magpies and based on their results so far in 2022, this is an achievable goal. Since the turn of the year, Liverpool, Man City, and Tottenham Hotspur are the only teams that have collected more points than  Howe’s team.

St. James’ Park used to be a fortress, and a place no Premier League team enjoyed traveling to. It’s a hostile environment, and now that the team is delivering on the results front, it’s bound to become an unwelcoming place to play once again.

Of course, Manchester City is a different prospect from Nottingham Forest and Brighton. The EPL odds are heavily in City’s favor for this match, and it’s easy to see why.

Guardiola is an attack-minded manager at the core. However, he believes that possession-based play is the most effective way for his players to score goals. This applies to the defensive side of things, too.

This Manchester City team is as good at stifling out their opponents’ game as they are devastating in front of goal. Their control of the ball keeps their opposition quiet, as shown in City’s opening game against West Ham.

Guardiola is likely to use this approach at St. James’ Park. Newcastle is a physical, attacking team that will be spurred on by their fans. If City can take the sting out of the game at the start, it will quieten down the supporters and force Newcastle into a more defensive shape.

The Magpies won’t be able to probe this City team and will have to sit deep and rely on players like Allan Saint-Maximin to score on the counter-attack. The entire Newcastle team will have to be at their best in order to keep players like Kevin de Bruyne, Erling Haaland, and Ilkay Gündoğan quiet.

This game is bound to be more about control for Man City than the game against Bournemouth. With that in mind, I don’t think it will be particularly high scoring.