Premier League Betting: An Outsider That Can Finish in Top 6 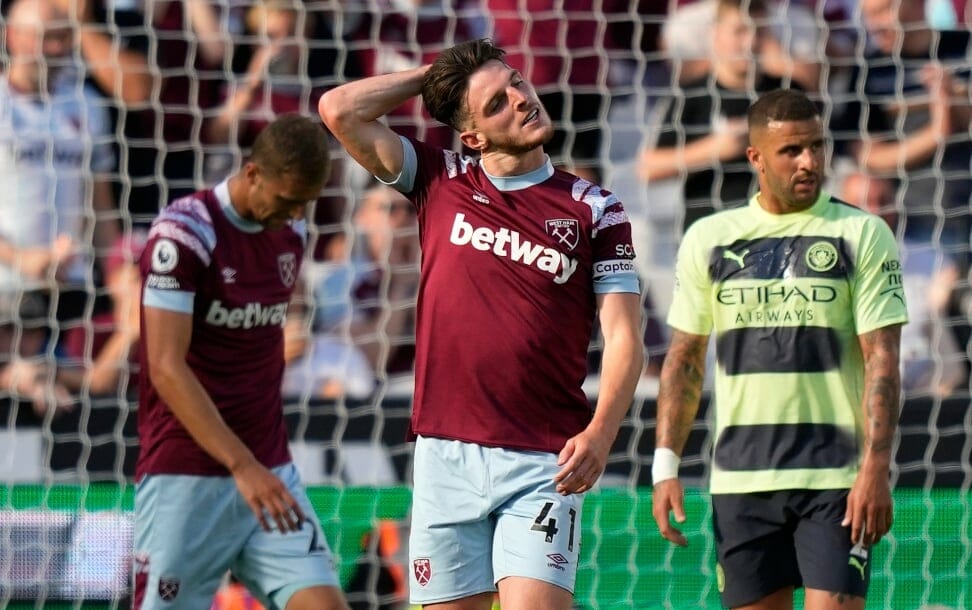 While England’s elite six teams are heavily favored to finish atop the 2022-23 Premier League table, West Ham has the best chance of all the outsiders.

Unless you’re putting a wad of cash on the five favorites or using them as part of a parlay, Premier League odds don’t offer enough value to back them as top-six finishers.

The imbalance between the aforementioned six juggernauts and the chasing pack is more pronounced than in previous seasons.

Leicester and West Ham managed top-six finishes in recent seasons, with the former achieving it in 2019-20 and 2020-21. The Hammers eked into sixth place in 2020-21, finishing three points ahead of Tottenham.

However, Tottenham and Arsenal have since corrected their respective courses. Both clubs made splashes in the transfer market and have sound coaches pulling the strings. Spurs signed Antonio Conte, who has benefitted the club immeasurably since arriving in November 2021.

While Arsenal coach Mikel Arteta still has throngs of detractors, he has managed to insert promising young talent into the squad, most of whom are excelling in the top flight. Both clubs are teeming with talent and would be devastated not to finish in the top six.

That only leaves one team susceptible to cascading out of the top six. Manchester United has been disjointed for several seasons. Dutch manager Erik ten Hag was brought in to stop the rot, but it will take time to right a ship in such a severe state of decay.

If United falls even further from grace, West Ham can commandeer a coveted top-six place. Coincidentally, the team with the best chance of snatching a top-six place is led by former Manchester United manager David Moyes.

While Moyes endured a miserable patch as United manager, he has transformed the Hammers and is the main reason they have a chance of finishing ahead of his former side.

West Ham finished the 2021-22 campaign in seventh place, two points adrift of Manchester United. The Hammers were in pole position to take sixth place, but endured a historic meltdown during the run-in, winning just one of seven matches.

Moyes clearly prioritized the Europa League, in which the Hammers advanced to the semifinal before losing 3-1 on aggregate to Eintracht Frankfurt.

With a palpable lack of depth, Moyes was forced to put all of his eggs into the Europa League basket. The Premier League played second fiddle, which cost the Hammers a golden opportunity to finish in the top six two years running.

West Ham improved its squad during the summer break, although not to the extent most supporters hoped. Maxwel Cornet, who excelled during his fleeting stint at Burnley, signed for just over $21 million. He joins Michail Antonio up front and instantly adds 10-15 goals to the team’s offensive output.

The club held on to Declan Rice, whose future in east London was about as uncertain as West Ham’s place in the top six. Retaining Rice will galvanize the squad, ensuring they’re in the mix for a top-six spot come the business end of the campaign.

West Ham is difficult to beat at home, has a superb one-two punch in goal, can score in bunches and has enough guile to prevail in hostile territory.

If Manchester United continues its downward spiral, look for the Hammers – especially without having the Europa League as a preoccupation – to finish in the top six for the second time in three seasons.