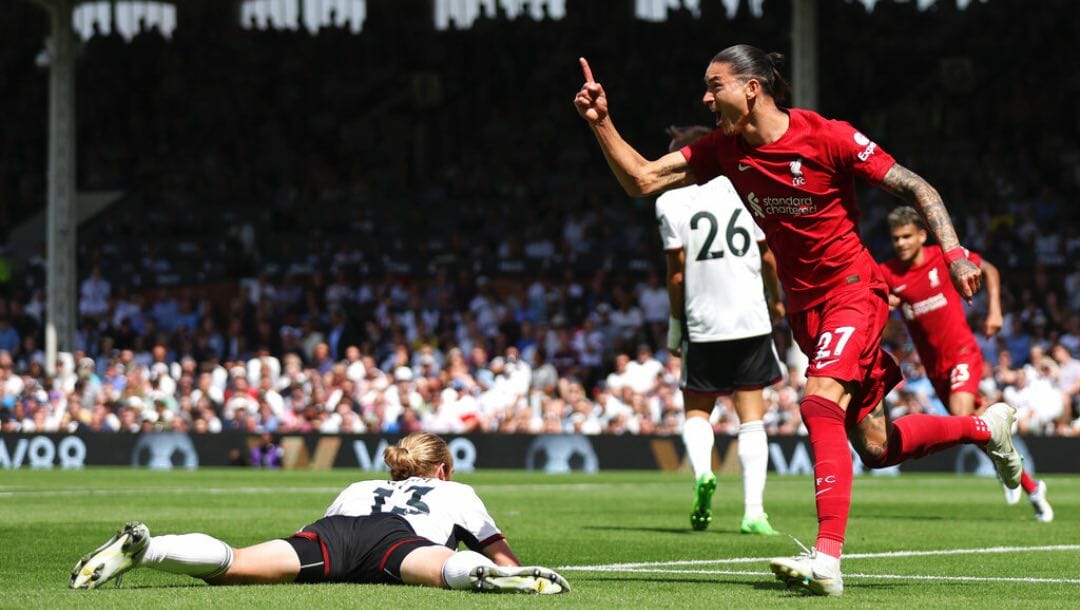 Liverpool slipped up in their first game of the season with a 2-2 draw against Fulham at Craven Cottage. They will attempt to bounce back with a win at Anfield on Matchday 2.

Despite the disappointing draw on the road, new striker Darwin Núñez was exceptional in his debut. His link-up play with Salah is going to increase the Red’s EPL title odds dramatically.

Crystal Palace faced Arsenal in their first game of the 2022-23 season, and Patrick Vieira will be disappointed that his team didn’t get onto the scoresheet. The Eagles had 56% possession and had the same number of shots as the Gunners.

With attacking talent like Wilfred Zaha and Odsonne Édouard on the pitch, Palace should have done better, considering they had the ball for long periods of the game. However, the Eagles will be in for an even tougher test at Anfield.

Liverpool, as you’d expect, has the best Premier League odds going into this game. The Reds are massive favorites against Crystal Palace, and the best value EPL odds at this stage look like the Over 3.5.

Liverpool has scored at least three goals in eight of their last 14 home games and at least two or more goals in 11 of those 14 games. They created an abundance of scoring chances last season, and the addition of Núñez will transform this team into a constant goal threat.

Salah and Núñez form an imposing duo upfront; Núñez assisted Salah’s goal and scored one of his own, despite only coming on in the 51st minute. I expect nothing short of two goals from Liverpool in this game, and Núñez is bound to have his name on one of them.

Although Crystal Palace lost their opening game 2-0, they did have the lion’s share of possession. Vieira has taken this team to a new level, and they are now a more forward-thinking side with plenty of attacking talent.

They play at a fast pace, with short passes, and are constantly looking for a way through to the net. I do think Palace has a shot at getting onto the scoresheet here, seeing as Fulham breached the Reds’ defense twice last week.

The Eagles are going to give everything in this match and could score a goal, but ultimately, this Liverpool team, in front of their home fans, will be far too good to lose any points