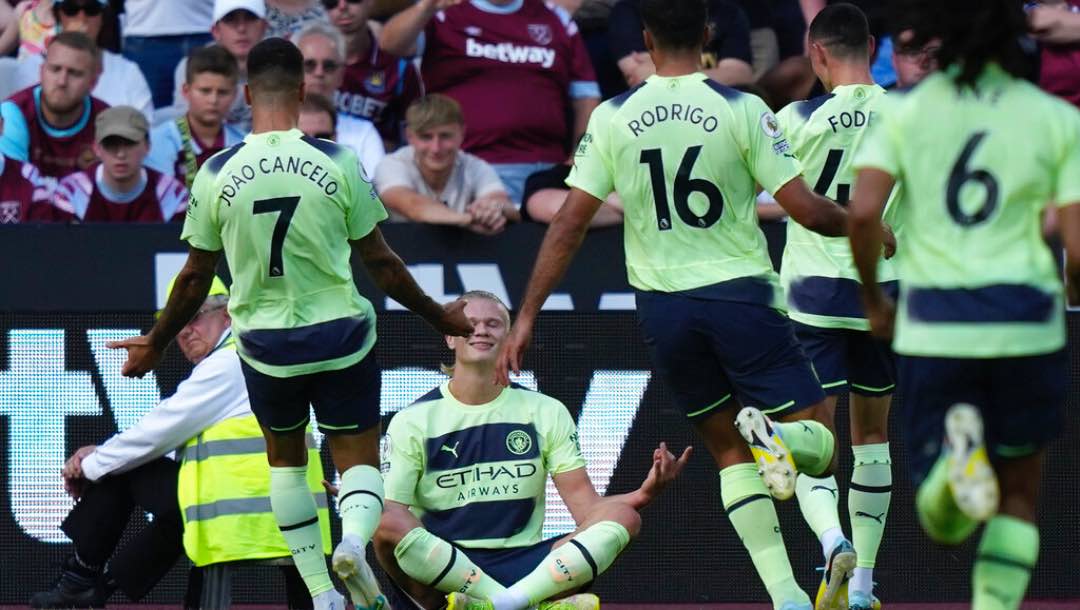 Manchester City was dominant in their first game of the 2022-23 season, and Erling Haaland proved those that thought he would struggle in the Premier League wrong.

The Premier League odds have City as a massive -1200 favorite, with Bournemouth the underdogs at +4000.

The Cherries got their EPL campaign off to a great start with a 2-0 win over Steven Gerrard’s Aston Villa at the Vitality Stadium. Scott Parker will be thrilled with the grit and determination that his newly-promoted team showed on the opening weekend.

However, he’ll be aware that there’s a massive difference between beating a struggling Villa team at home and taking any points from Man City at the Etihad.

While it’s only the second game of the season, I think it’s safe to say that City’s odds to win the Premier League title are stronger than they’ve ever been, and Bournemouth is going to have a torrid time against Pep Guardiola’s team.

Then again, most teams are going to have the same problem coming up against this side.

Erling Haaland introduced himself to the Premier League in the best way possible when he scored a brace against West Ham in his debut. Not to mention they were playing at the London Stadium, the Hammers’ home ground, with a record 62,443 spectators in the stands.

Anyone that doubted Haaland would be a success will be eating their words around now, with the towering striker linking up incredibly well with Illkay Gundogan and Kevin de Bruyne. The scary thing is that these partnerships will get better as the season goes on.

City fans will be more optimistic after their game than after their surprise Community Shield loss to Liverpool a couple of weeks ago. Guardiola has strengthened this title-winning team in the transfer window while recouping more money than they spent.

Jefferson Lerma made history in Bournemouth’s game against West Ham when he scored a goal in the second minute; it was the quickest goal scored in matchday one by a team just promoted to the Premier League.

Kieffer Moore scored the Cherries’ second goal after the break to give Bournemouth all three points. It’s important to note, that Aston Villa weren’t swept away by Bournemouth, but they were architects of their own downfall.

Two failed clearances led to both goals, and Parker’s team won’t be able to rely on  Man City’s mistakes in order to win this weekend.

I think the Citizens will be too much for Bournemouth, who got lucky with a lackluster Villa side in their opening game. It will be impossible for the Cherries to keep City’s attacking players out of the game.