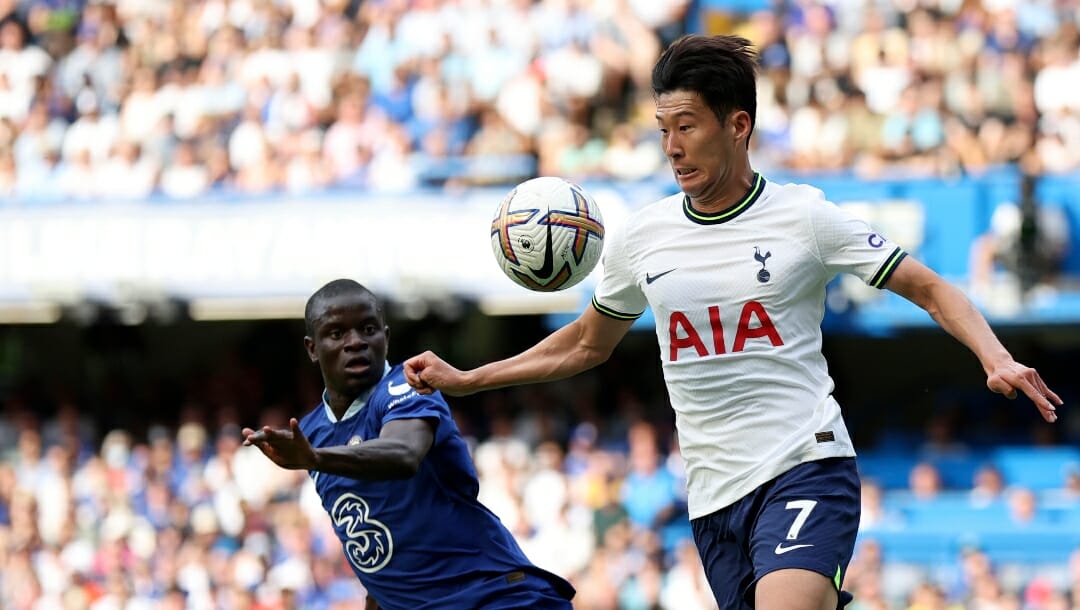 Winless Wolves travels to north London to take on Tottenham on Saturday, with the home side looking to extend its unbeaten start to three matches.

Spurs are heavy favorites (-256) to win their second home match of the fledgling campaign, while Wolves face daunting +675 EPL odds.

Wolves has won just one of its previous eight away matches since beating Spurs 2-0 at Tottenham Hotspur Stadium on Feb. 13. That victory marked the end of a four-match away winning streak.

Since then, it must feel like an eternity has passed for Bruno Lage and his coaching staff, who have started the campaign with a single point from two contests.

Spurs enter Saturday’s match looking to improve on a promising start that saw them earn a point at Chelsea for the first time in almost two years.

More importantly, the 2-2 draw at Stamford Bridge showcased Tottenham’s newfound resilience and ability to take something from a match in which they were heavily outplayed.

Tottenham was comprehensively outplayed at Chelsea last weekend but managed to secure a point thanks to a dramatic Harry Kane equalizer. That desire to fight through adversity and play to the last minute, no matter how bleak things appear, is a trait undoubtedly instilled by Antonio Conte.

Scoring late goals wouldn’t be possible without indefatigable fitness levels, which Conte has facilitated with his rigorous fitness regime. Improving those fundamentals has already paid dividends for Spurs, who want to improve on last season’s fourth-place finish.

🎙 “I try to transfer my passion and desire”

Conte is suspended for the match against Wolves thanks to his sideline altercation with Chelsea boss Thomas Tuchel. However, Conte’s absence shouldn’t prevent Tottenham from securing all three points.

Wolves hasn’t won in nine matches dating back to last season, a streak that should gravely concern Lage. But, of course, a new season offers every Premier League team a blank slate. Still, the aforementioned winless streak will invariably burden Wolves until the club finds a way to stop the bleeding.

Raul Jimenez is unavailable for Saturday’s contest due to an MCL injury he sustained in a preseason tilt against Besiktas. The absence of their leading scorer adds to the Lage’s laundry list of issues. As a result, Hwang Hee-Chan will need to step up in Jimenez’s absence.

Wolves hopes the recent signing of Matheus Nunes, who cost a club-record $45 million, will galvanize the club. The crafty midfielder represents a massively important bit of business for a club looking to maintain its status as a mid-level Premier League side.

Tottenham has won seven of its last eight home matches and is trending in the opposite direction.

Spurs, who’ve scored at least two goals in 12 of their previous 15 home matches, enjoyed the Premier League’s fourth-best home record in 2021-22, taking 40 points from a possible 56. Tottenham has also recently tightened things up at the back, conceding just eight goals in its last 13 matches.

Look for the two teams to continue on their current trajectories, with Tottenham winning by two goals, probably by a 2-0 margin.

Prediction: Tottenham to win and Wolves not to score (+120)