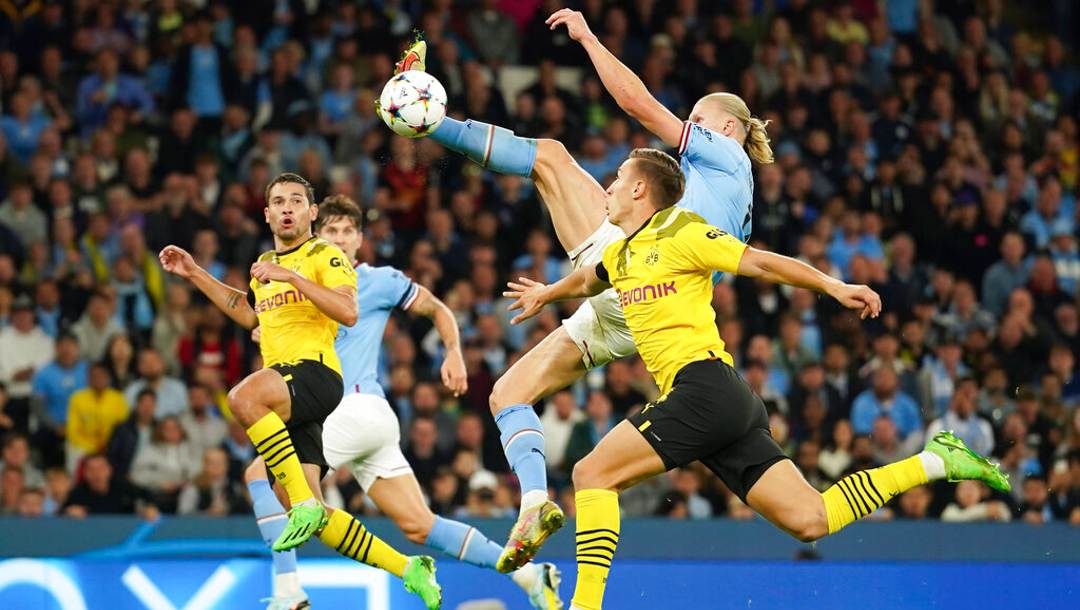 The first international break in the 2022-23 EPL season is over, and players return to their clubs to continue with one of the most interesting seasons in recent memory.

Of course, the Premier League betting odds have changed significantly since the start of the season, with the soccer odds for the top goalscorer providing the most significant movement for EPL betting.

Here are the updated odds for the Golden Boot award (as of Sept. 14):

Aleksandar Mitrovic set the Championship on fire last season, scoring a record 43 goals in 44 matches. Many thought the Serbian striker would struggle to replicate his form in the top flight, but he’s proved otherwise.

Mitrovic is second on the goalscoring charts with six goals, alongside Tottenham’s Harry Kane. He is the sole reason  Fulham currently occupies sixth place on the table.

Mitrovic is undoubtedly exceeding expectations, and his goal return should ensure that Fulham stays in the top flight next season.  However, the chances of him keeping this form up are not guaranteed, and it’s expected that he might drop off a bit further into the season.

In fact, Salah has had a shocking start to the season that has seen his odds plummet. The Egyptian is currently 18th on the goalscoring table with just two goals to his name. He is struggling with 0.33 goals per 90 minutes and a measly 14% conversion rate.

Despite his shocking start to the season, there is no reason to count Salah out of the running, as he’s proved his worth time and again over the last few years.

A great win even though we weren’t at our best. Very proud to reach 200 league goals in my career… Bring on Wednesday! 💪 pic.twitter.com/xLOcCfp3jH

This time last year, Harry Kane had failed to score a goal in his first six Premier League matches. Many worried that the same was to come this season when he failed to get off the mark in his first game.

He’s kicked on since then and now has six goals in seven games to get his 2022-23 season off to a sublime start. The Three Lions captain looks rejuvenated; his 0.87 goals per 90 minutes and 35% conversion rate shows what lethal form Kane is currently in.

He’s undoubtedly going to push for the top spot this season.

Gabriel Jesus is a completely different player at Arsenal. The former Man City man was often restricted to the bench and outshone by his teammates at the Etihad, but he’s proved an astute signing for Arteta’s team.

He’s scored four goals in seven games and has a tidy three assists to his name too. His link-up play with Gabriel Martinelli and Martin Ødegaard is excellent. It’s easy to see why his odds have halved since they opened.

He’s scored an impressive 0.59 goals per 90 minutes and has a conversion rate of 22%. Jesus is going to play an essential part in keeping Arsenal at the top of the table, and if he continues to get the service from Arsenal’s midfield, there’s no reason he should be far off winning the Golden Boot.

Great performance going into the intl break. Happy to get on the scoresheet once again! 🔵 #ManCity pic.twitter.com/WjZSsFO2SD

The movement in Haaland’s odds is enormous and not at all surprising. The young striker quickly silenced any doubters and proved that he could thrive in the Premier League.

He has scored 11 goals in seven games, has back-to-back hattricks, and put nine in the back of the net in his first five games, the most ever in the EPL.

He’s on 1.72 goals per 90 minutes, has a 42% conversion rate, and leads in pretty much every stat except assists. The man is a machine, and stopping him will be the goal of every Premier League defender when they play Manchester City.

It’s going to be interesting to see if anyone can get close to the number of goals that Haaland will score this season.