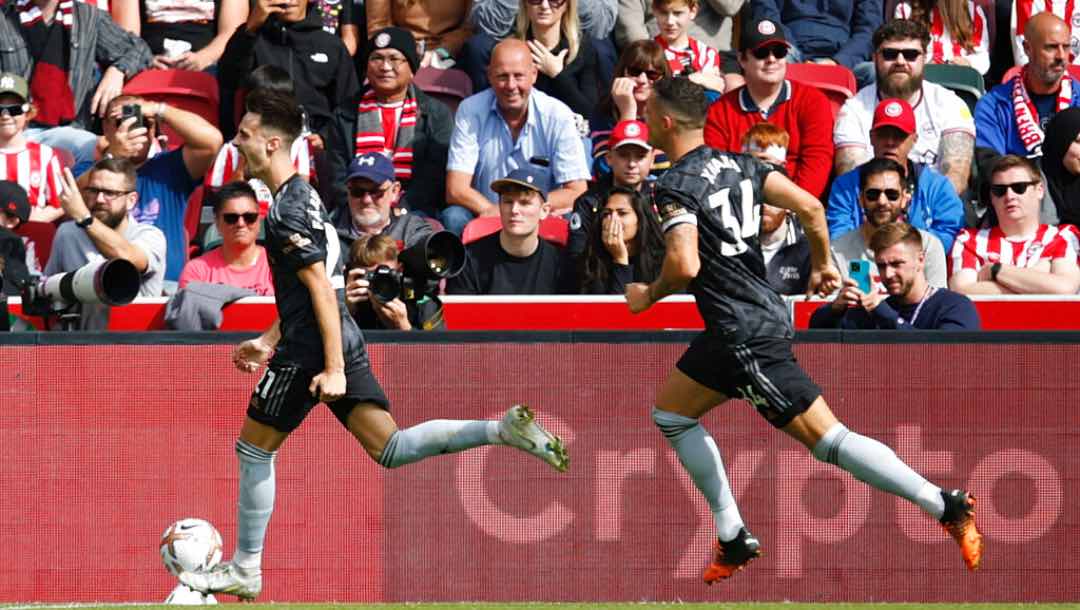 Eight weeks into the 2022-23 Premier League season, we’ve already seen a host of managers dismissed, clear golden boot contenders rise to the occasion, and more than a few upsets.

As EPL seasons go, this one has already had its fair share of drama. As we return from the season’s first international break, it provides an opportunity to take a quick look at the EPL table and how the Premier League betting odds look ahead of Matchday 9.

The table is throwing up some surprises against the EPL betting and soccer odds predictions for who will lift the title at the end of the season.

It may not seem like it, but it’s surprising to see Manchester United anywhere near the top of the table, given their start to the season. The Red Devils slumped to two embarrassing defeats against Brighton and Brentford in Eric ten Hag’s first games in charge.

The new manager made his players run the same distance they were outperformed by the Brentford team (8.5 miles) on their rest day, which seems to have done the trick. United has won every EPL match since that defeat, with statement victories over Liverpool and Arsenal in the mix.

Manchester United’s stock is rising under ten Hag, but they face their biggest test this week in the Manchester Derby.

Perhaps the biggest surprise at the top of the table is Brighton. They started their season with a convincing 2-1 win over Manchester United and have notched impressive victories over West Ham, Leeds, and Leicester City too.

Alexi Mac Allister, Pascal Groß, and Leandro Trossard are providing excellent firepower up front for the Seagulls, and the defense has been extraordinarily sturdy.

How the Seagulls perform from this point on will be interesting to see. Manager Graham Potter replaced Thomas Tuchel at Chelsea, with Italian Roberto De Zerbi replacing him at the helm.

Brighton’s next match is against an out-of-form Liverpool side, and all eyes will be on how the team performs under new management.

Tottenham has been unconvincing at times in the 2022-23 season, and many worried that Harry Kane would underperform again. Those fears look unfounded, and Tottenham’s talismanic forward now has six goals.

Son Heung-min has also stepped up to the plate and scored a hattrick against Leicester City in his last outing. Antonio Conte will be encouraged by what he’s seen from his team this season. However, there have been some concerning defensive lapses that need to be dealt with.

Tottenham’s biggest test this season came in their 2-2 draw to Chelsea, and the team will find out if they have what it takes when they come up against table toppers Arsenal this weekend.

Manchester City is still the favorite to lift the EPL title, even though they are sitting second on the table. The goal-scoring exploits of new boy Erling Haaland have been simply phenomenal and how well Pep Guardiola’s team does is completely dependent on other teams finding a way to keep the Norweigian quiet.

Draws against Newcastle and Aston Villa have put a dent in City’s points so far, but they have registered some big wins, such as the 6-0 demolition of Nottingham Forest. However, this team hasn’t come up against a “Big Six” team this season and are yet to prove themselves against the strongest opponents.

They get an opportunity to put Manchester United’s new identity against the wall this weekend in the Manchester Derby.

Not many would have seen Arsenal topping the table at this stage of the season, but Mikel Arteta has his team firing on all cylinders. The signings of Gabriel Jesus and Zinchenko were inspired ones, and the two players have made a big difference to this young team.

The Gunners have lost just a single game this season, against Manchester United, but they haven’t faced any other title contenders yet. Arsenal needs to stake their claim on their position, and Matchday 9 is the perfect opportunity to do so.

They face fierce rivals Tottenham in the North London Derby, and this is the moment for Arteta’s team to prove that they belong at the top of the table.