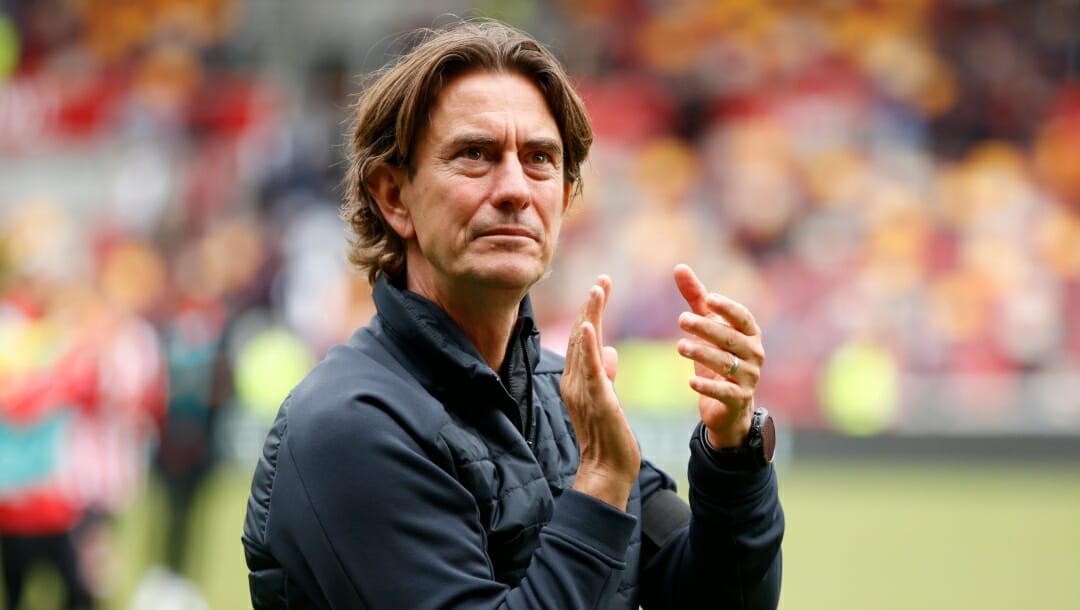 Nine matches into the Premier League season and a handful of teams are anchored to the bottom of the table, increasing their relegation probabilities.

Premier League odds have Nottingham Forest (-303) and Bournemouth (-120) as the favorites to go back from whence they came come season’s end.

A few weeks ago, Bournemouth were -225 favorites to make the drop. Bournemouth hasn’t lost since sending Scott Parker packing.

Bournemouth sits comfortably in eighth place, but most expect the wheels to fall off once interim manager Gary O’Neil’s honeymoon period fizzles out. Until then, Bournemouth resolutely defies the odds.

Each team’s tickets and handles tell an interesting tale, with Nottingham Forest taking over 72% of the handle.

Leicester opened as +1600 long shots to make the drop but have endured the most significant movement.

Aston Villa’s odds have also shortened considerably, underpinning the degree to which Steven Gerrard’s side has struggled in the early stages.

These teams are predicted to finish the season in the bottom five, from 16th to 20th.

The conviction that Leicester is too good to go down is waning. The Foxes enjoyed one strong performance, a 4-0 home victory over fellow relegation favorites Nottingham Forest. I’m not sure that the result was more due to Leicester’s brilliance or Forest’s grotesque inferiority.

The week after that encouraging victory, the Foxes coughed up another lead against Bournemouth, losing 2-1 on the south coast. Brendan Rodgers’ side has lost all five away encounters, dropping 12 points from winning positions.

Reeling at the bottom of the table with just four points from nine matches, Rodgers is hanging onto his job as the Foxes flounder.

If something isn’t done soon to stop the rot, Leicester will find themselves struggling for Premier League survival during the business end of the campaign.

Southampton is in freefall, and Ralph Hasenhuttl isn’t the man to steer them to safety. So the Southampton boss should be the next Premier League manager to be shown the door.

The Saints are a point clear of safety but have suffered four straight defeats. Back to last season’s end, Southampton has taken eight from a possible 45 points.

That woeful return is exhibit A when assembling a case for Hasenhuttl’s prospective dismissal.

Brentford enjoyed a sizzling start to the Premier League campaign, losing one of their first six. Only Manchester City scored more than Brentford’s 15 goals during that scintillating run.

Thomas Frank’s side has snatched just a single point in the three matches since, which came against Bournemouth.

"The last three games, we should have been creating a tiny bit more, and had a little bit more sharpness, but before that we had scored 15 goals and were one of the highest scorers in the league. That shows we have the quality"#BrentfordFC | #BREBHA pic.twitter.com/3ZxgrFAaO6

Brentford has shown a palpable lack of inventiveness without a creative midfielder to source an incisive pass. Despite that, Ivan Toney has enjoyed a brilliant start, scoring six of the Bees’ 16 goals.

While Toney is showcasing a heightened ability to score with the league’s best, the decisive lack of secondary scoring will concern Frank. No other player has more than two goals, which might lead to their eventual Premier League demise.

Most people unaffiliated with Bournemouth Football Club expect them to lose their Premier League status in May. Belying that sentiment, O’Neil’s side is accumulating points rapidly for a relegation favorite.

What a moment ❤️ pic.twitter.com/XvkHL4RFr0

It’s a feasible return for a side that hasn’t lost in five matches. O’Neil has done a remarkable job galvanizing his players since Parker’s dismissal.

The question is whether the caretaker boss can continually get his players to play beyond their potential.

Nottingham Forest looks like a team already destined for the Championship. They are currently a mishmash of players devoid of cohesion, chemistry, and confidence.

Those intangibles come with time; something Forest is quickly running out of. Forest doesn’t have the offensive quality to bail them out of the desperate plight they’ve found themselves in.

In a determined mood ahead of our trip to Molineux. 👊

Hear more from our Head Coach 👇

Cooper is a brilliant coach who should be able to get the best out of each individual, but the task ahead is daunting as it is implausible.

Things can change quickly with a positive result or two, and Cooper will take some confidence in Forest’s 1-1 home draw with Aston Villa.

But it won’t be enough to see Forest go on a sustained solid run, which they’ll require to remain in the top flight.