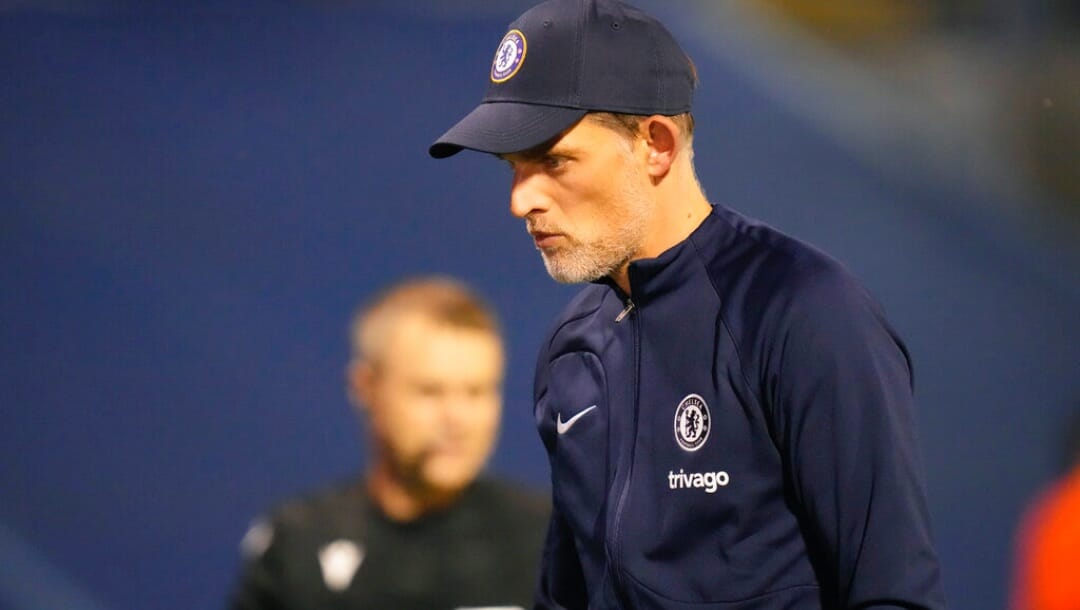 Chelsea signed talented players like Kalidou Koulibaly, Wesley Fofana, Raheem Sterling, and more in this transfer window for over $300 million. The most money spent by an individual team in the history of the game.

Combined with new ownership, this gave Chelsea fans every reason to be optimistic about the 2022-23 season. The Premier League betting odds had the club down as one of the title favorites, and having won the Champions League under the tutelage of Thomas Tuchel in 2021, they expected to have another good run in the tournament.

Just seven games in, however, and their season is already unraveling. Chelsea has lost three of their last five games, and the 1-0 loss to minnows Dynamo Zagreb in Tuchel’s 100th game in charge turned out to be his last for the Blues.

On Wednesday, Sept. 7, Chelsea announced they had dismissed Tuchel in a curtly worded statement. The club’s coaching staff will take training until a new manager is appointed ASAP.

As Chelsea looks to save the 2022-23 season after the surprising dismissal of Tuchel, who are some candidates to take over?

Graham Potter is the early favorite for the managerial post at Chelsea, and all the soccer odds indicate that he is the most likely to take over. The popular Brighton boss has already opened talks with Chelsea, and many think the time is right for Potter to move to a ‘Big Six’ club.

He has taken his Brighton side further than anyone thought possible and the Seagulls currently sit fourth in the EPL take, having taken 13 points from a possible 18 this season. Potter’s teams play with a back three, which suits Chelsea’s squad.

Potter has shown that he has the tactical acumen to manage a team over the last three years and get them to play in an attractive attacking style without compromising defensively. This will be the biggest test to date for Potter if he does get the post, but his track record should give him enough dressing room respect for the players to take on his ideas.

The former Tottenham boss was linked with the Blues in late 2020 when Frank Lampard started moving toward the chopping block. Paris Saint-German got there first and hired the Argentine to replace, ironically enough, the outgoing PSG manager Thomas Tuchel.

Pochettino was sacked from his post at PSG after they failed to win the Champions League title once again, but his reputation remains incredibly strong. After three seasons with Tottenham, he is experienced in the Premier League, where his playing style and tactics were greatly admired.

While he isn’t the favorite to get Tuchel’s job this time around, there’s still a chance of seeing him at Stamford Bridge.

It makes sense that Zidane’s name is being linked with an empty managerial post. The legendary Real Madrid manager led his team to three consecutive Champions League titles and has been a free agent since leaving Los Blancos in 2021.

The biggest stumbling block for Chelsea’s new owner Todd Boehly in luring Zidane to the EPL is that he dreams of being the French national manager. It’s assumed that Zizou is biding his time to see if a position opens up with the national team after the 2022 World Cup.

His reluctance to join English clubs and his desire to manage the national team makes him an outside bet.

Moving for a manager whose team is currently at the bottom of the Premier League seems like a bit of an ill-considered option, even for a club as impulsive as Chelsea has been in the past.

There’s a good chance, however, that Rogers is being seriously considered for the role. Leicester did not sign any players this season, despite the manager’s pleas, and the Foxes have lost some of their key players to bigger clubs at the same time.

It seems like Rogers might be at a breaking point with Leicester’s hierarchy, and this would be the ideal time to move for an experienced EPL manager with an excellent reputation. He was also once a coach at Chelsea, but as a previous Liverpool manager, he might be a bit of a divisive appointment for the new owner.

This is a name that’s coming out of left field given how much buy-in and control Bielsa demands from the clubs he joins; that doesn’t mean he is out of the running completely.

The 67-year-old left a huge impression at Elland Road during his Leeds United tenure, but given the different stature of Chelsea, this would be a risky appointment. There’s no doubt that he creates exciting teams capable of producing the right results, but such a high-profile project is likely to be out of the Argentine’s capabilities.

When Does the Premier League End?