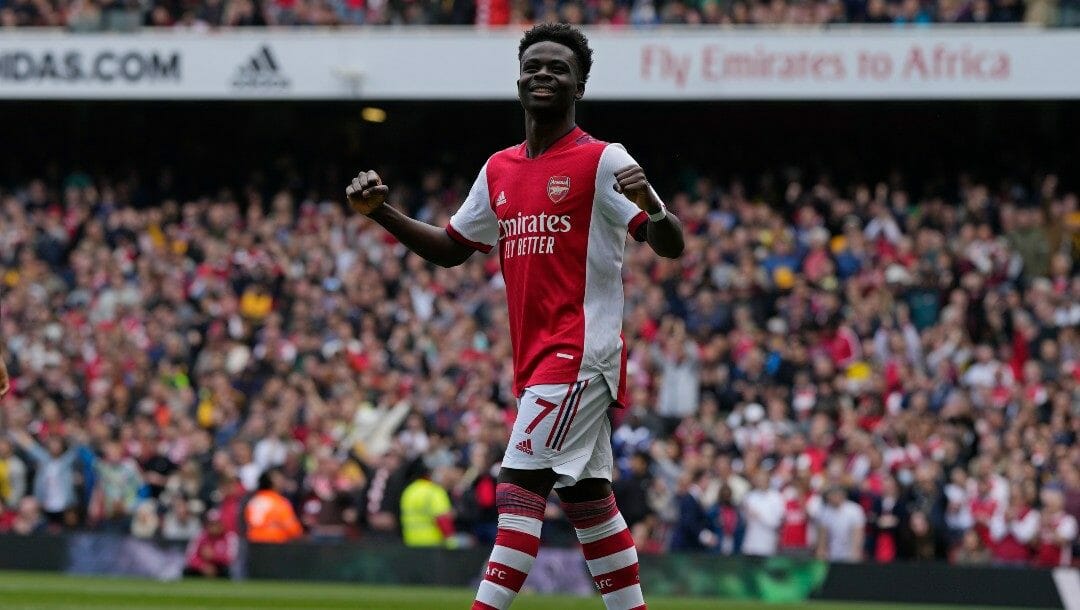 As the two north London sides jostle for positioning in their tug-of-war tussle for the fourth and final Champions League berth, the reasons why Premier League odds favor Arsenal are clear.

As it stands, Arsenal is two points ahead of Tottenham with five matches to play. That certainly wasn’t the case as recently as last week, when Tottenham was considered to have the inside track.

This erratically topsy-turvy battle between two bitter rivals is riddled with more highs and lows than an amateur who invests in cryptocurrencies.

Arsenal has come through a recent precipitous downturn, masterfully turning their fortunes around. After losing three on the bounce to middling sides Crystal Palace, Brighton and Southampton, Arsenal beat Chelsea and Manchester United in a four-day span.

Tottenham, currently with Premier League odds of +140 to secure the fourth spot, is trending in precisely the opposite direction. After winning four on the trot, Spurs have managed a single point from recent encounters against Brighton and Brentford.

That snapshot provides insight into both sides’ inability this season to source even a semblance of consistency.

Why Arsenal Should Secure Fourth Spot

Considering both teams struggle to find consistency like a tourist in London battles to understand a thick Cockney accent, anything is possible.

However, Arsenal has the momentum and is reinvigorated, enlivened by recent proceedings. The Gunners, -200 favorites according to current Premier League betting lines, also have an easier run-in.

Arsenal plays West Ham on Sunday, which, at first glance, looks like a challenging prospect. Unfortunately for Tottenham supporters, West Ham is in the Europa League semi-final against Eintracht Frankfurt.

The Hammers are fully invested in that semi-final, detracting significantly from their Premier League responsibilities. David Moyes will invariably play a weakened side on Sunday, leaving them ripe for the taking.

Arsenal also has to face Leeds, Newcastle, Everton and, for the pièce de résistance, Tottenham.

While Leeds, three points ahead of Burnley and in severe danger of being pulled directly into the relegation battle, are playing with unmistakable desperation, they shouldn’t have enough to upend Arsenal.

Newcastle is a side reborn under the tutelage of recently hired manager Eddie Howe. However, Arsenal shouldn’t endure too much strife against a Magpies team that is safe, with nothing but pride and improved positioning to play for.

That leaves two remaining fixtures: One against Everton on the final day of the season and the other against the very team they’re battling against for fourth.

Even if Arsenal loses to Spurs, a distinct possibility at Tottenham Hotspur Stadium, Antonio Conte’s side will be forced to play against Liverpool at Anfield, the most unenviable of all tasks. To get anything out of that match would be seen as miraculous.

Like Arsenal, Spurs have a tricky fixture against a side fighting for their Premier League lives. Tottenham plays Burnley at home on May 15 in their penultimate match. Burnley is two points clear of Everton at the foot of the table.

So both top-four contenders have particularly challenging tests against sides that will do everything in their power to survive the drop. There is a major difference, though.

Arsenal is forced to travel to Goodison Park on the final day of the season. If Everton has even a minuscule chance of retaining their spot in the Premier League, the formidable atmosphere at Goodison could derail Arsenal.

And therein lies Tottenham’s opportunity to overturn the current two-point deficit. They must beat Arsenal on their own patch on Thursday, May 12, and, assuming a loss against Liverpool, win each of their three remaining contests.

Arsenal must lose to Spurs and slip up at Everton or in another match along the way. Tottenham has a superior goal difference and, if both teams finish level on points, own the tiebreaker.

Whether Arsenal can hold their nerve remains to be seen, but as it stands, the Gunners are in pole position and, based on their current momentum and trajectory, should secure the fourth spot.

BetMGM is the premier online sportsbook for EPL betting throughout the year.

With EPL futures and weekly odds, including match winner odds, over/under totals, and player props, there are a variety of opportunities to bet online!