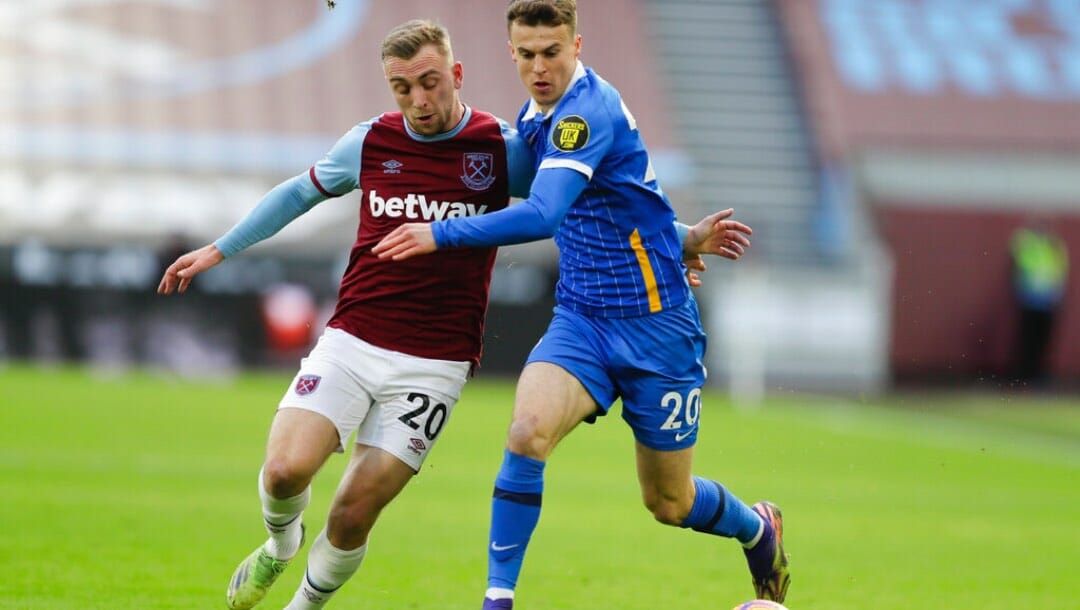 The Premier League odds have West Ham as the favorites to win at London Stadium against Brighton. However, the Hammers have yet to pick up a point this season or score a goal.

Brighton has had a dream start to the 2022-23 Premier League season; they beat Manchester United 2-1 and had a 0-0 draw with Newcastle in their first two games. Graham Potter expects to go to London Stadium and get all three points.

West Ham had a tough game against Manchester City for their season opener. The Hammers weren’t expected to come away with a win because City has the best EPL title odds. . However, David Moyes would have expected his team to take all three points against newly-promoted Nottingham Forest.

This game could be the springboard that the Hammers need to get the season going, or it could be a disastrous defeat that keeps them towards the bottom of the standings.

West Ham had an excellent 2021-22 season, and the Hammers pushed for Europa League spots consistently. Unfortunately, the team fell short and will compete in the Europa Conference League.

The Hammers’ fine form hasn’t followed them into the 2022-23 season just yet, and Moyes needs his team to start gelling soon. Three goals have been scored against them in two games, which isn’t disastrous given that Man City was their first opponent.

However, West Ham’s threat in the final third has gone missing and combined with a leaky defense this spells trouble for Moyes’ team. The Hammers had five shots on target against Nottingham Forest but were unable to score.

They have conceded in five of their last six matches, allowing nine goals in the process.

Brighton, on the other hand, has exceeded expectations so far this season. The only goal scored against them was an own goal in their 2-1 win against Manchester United in the season opener.

The Brighton defense had an excellent game against Newcastle and managed to keep a clean sheet against a side that has been playing attractive, attacking-minded soccer.

Eighty-three percent of the games between these two teams since 2019 have resulted in a draw, and 20 goals were scored in this period. The last time these teams met, Brighton won 3-1 and took all three points from the Hammers.

Given that the Seagulls beat West Ham when the Hammers were full of confidence, I can see them doing the same this weekend, despite the fact that the EPL odds favor West Ham.

West Ham is going to be fatigued from their Europa Conference League game on Thursday, and they will be desperate for a win, which means that they will leave their backline open to counter-attack when they push for a goal.

I think both teams are going to score, but it’s not going to be a high-scoring game.

Best Bet: Match Result: Brighton and Hove to Win and Both Teams to Score +475