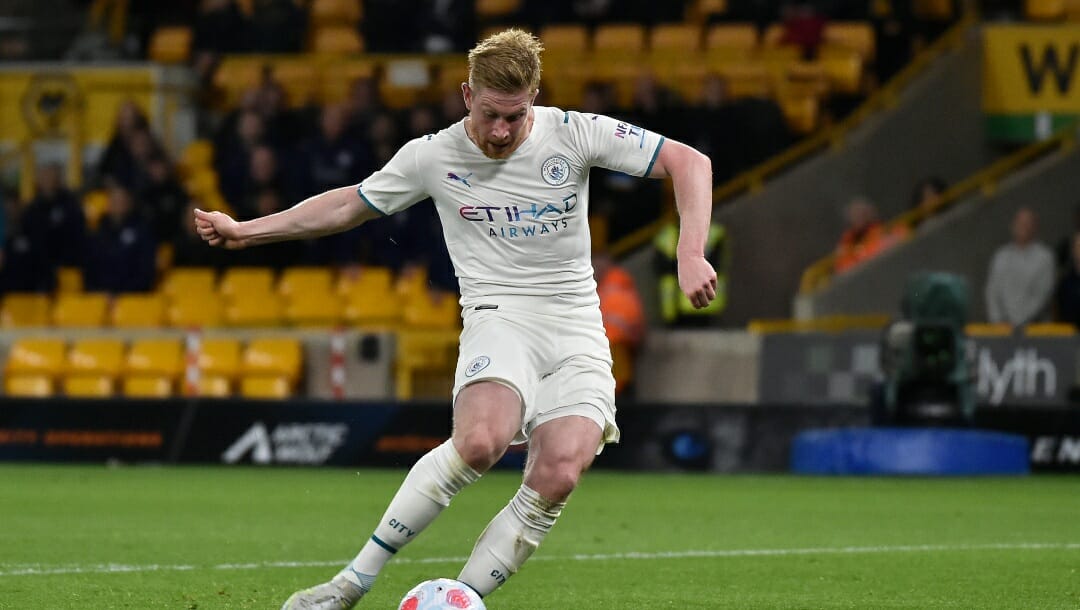 Manchester City will make the trip to the Capital on Sunday afternoon when they face West Ham at the London Stadium, and they will be hoping to take another convincing stride to increasing their EPL title odds.

Pep Guardiola’s troops could have come unstuck against Wolves in midweek after they were pegged back early on, but they were rampant, surging to a 5-1 victory at the Molineux.

West Ham, on the other hand, are hoping to finish the campaign strongly and potentially pip Manchester United to a Europa League spot. Although they are three points adrift of the Red Devils, they have a game in hand which could work in their favor.

This Premier League fixture has produced some surprising results over the years, and I can’t wait for the next installment. I have picked out a couple of tips for you to feast on ahead of kick-off.

Manchester City To Come Out on Top

City can sense that the finishing post is in sight, so don’t expect them to let up. Against Wolves, they showed the guile and steel of champions, as they responded to the setback of conceding an equalizer by taking the game away from the hosts.

Kevin De Bruyne was majestic, scoring all four goals, and with the announcement of a deal ahead of the summer transfer window for Borussia Dortmund striker Erling Haaland, City are unrelenting both on and off the pitch.

Under Guardiola, they have rattled 94 goals in England’s top-flight division, and while they may fall short of the magical 100-goal tally, they have been outstanding for large chunks of the campaign.

West Ham, meanwhile, has been in a torrid run of form, picking up just one win in their past five Premier League outings. Perhaps the Europa League semi-final exit didn’t help matters, but David Moyes won’t want his side’s campaign to fizzle out.

There’s never a good time to play City, and City know that a win will put them six points clear with one game remaining, as Liverpool aren’t in league action due to FA Cup final duties against Chelsea on Saturday.

City are unlikely to stumble against West Ham. The past two meetings have seen City prevail 2-1 and I think the pattern could continue here. I am siding with City to win 2-1 in the Correct Score market, which is available at long-looking, Premier League odds of +725.

Kevin de Bruyne’s four-goal salvo against Wolves was stunning, but then again, the talismanic Belgian has been the standout star for City this season.

He has tended to score goals in clusters, but with 15 goals chalked up this term, this has represented his most prolific campaign donning the City colors.

De Bruyne is a metronome, and aside from his killer instinct in front of goal, he has weighed in with seven assists, so his importance to the cause can’t be overstated.

Keeping him quiet is easier said than done, and it wouldn’t be a surprise to see him break the deadlock early on.

I think De Bruyne will open the scoring for City, and a price of +450 looks to be rather fair if you wish to follow up on it.