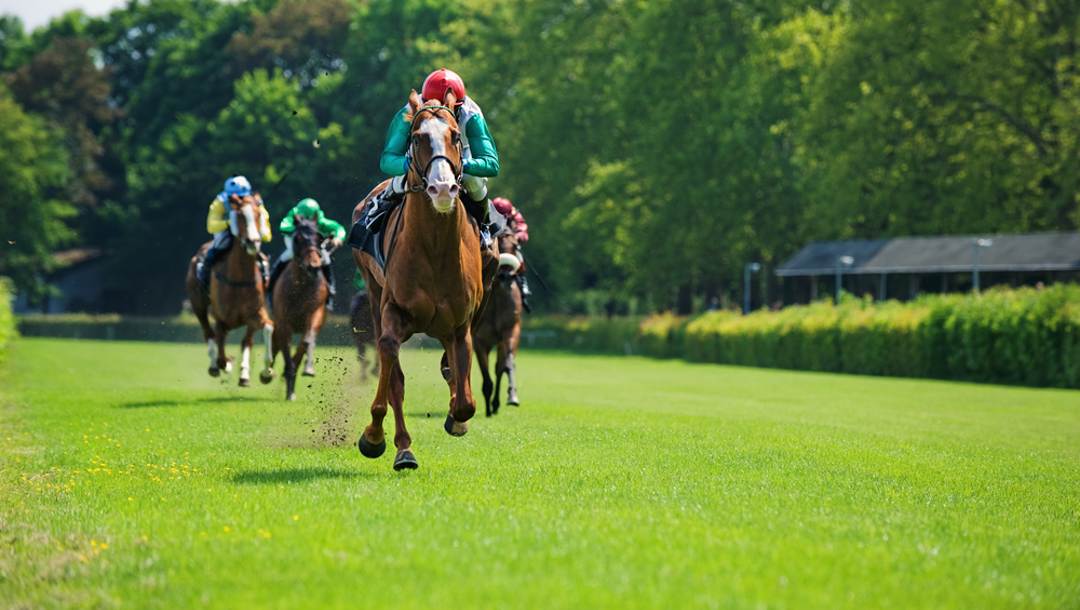 When you think of online sports betting, horse races often come to mind first. Also known as the “Sport of Kings,” horse racing betting had a special place in Queen Elizabeth II’s heart. If you’ve kept up with news about the British royals, then you’ve probably seen many pictures of Queen Elizabeth with horses over the nearly 71 years of her reign.

As the longest-reigning monarch in British history, Queen Elizabeth II’s love for dogs and horses is well known by everyone who loved and admired her – which is why we thought it fitting to celebrate that legacy here.

The history of Queen Elizabeth II’s passion for horses

Queen Elizabeth II showed a keen interest in horses very early in her reign, which didn’t really surprise anyone because the British royal family’s love for horses goes back hundreds of years. The late Queen had her first horse riding lesson at the tender age of three and her first pony was a Shetland mare named Peggy, which King George V gave her when she turned four.

This special gift from her grandfather sparked such a passion in her that she would affectionately become known as Queen Elizabeth the horse breeder. One of her greatest pleasures and leisure activities was breeding thoroughbreds for horse racing and it’s widely believed that if she had not been born into the royal family, her chosen profession would have been related to this.

Her extensive knowledge of horse breeding and racing was much admired by the Duchess of Cornwall who marveled at her passion and the quality horses she bred, once describing her knowledge of the subject as “encyclopedic.” According to reports, this love for horse racing and the stables could partially be attributed to the fact that at the stables and races she wasn’t at the center of attention.

At the age of 95 and shortly before her passing, the Queen reportedly took a break from horse riding, citing “quite a bit of discomfort.” Given that horse riding was a childhood hobby and interest of hers, she nonetheless remained ever hopeful and optimistic about riding her beloved horses again. 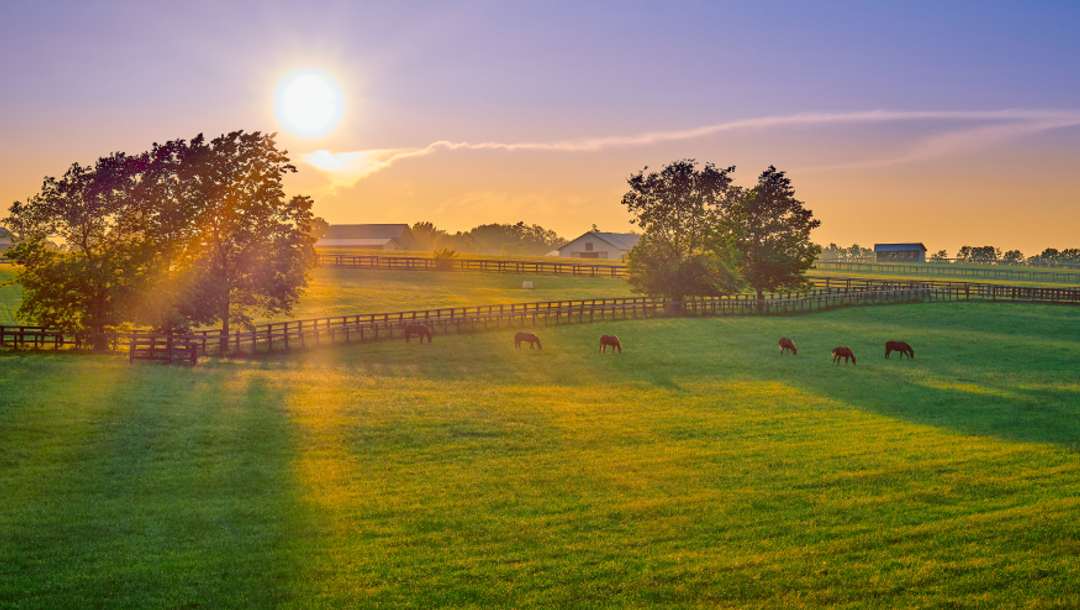 The Queen is reported to have owned more than 100 horses which were kept at the Royal Stud of the Sandringham Estate in Norfolk and Polhampton Stud in Hampshire, in addition to a number of other training facilities. At the end of their racing career, some horses retired under Her Majesty’s caring wing while others were sold.

The British Royal Family owns a collection of equestrian stables known as The Royal Mews, which are open to the public for the greatest part of the year. Over the years, the Queen’s horses, the most well-known of which included Agreement, Almeria, Canisbay, Carrozza, Doutelle, Estimate, Highclere, Hopeful Venture, Magna Carta and Pall Mall, won a staggering 1,800 races.

In 2013, Estimate emerged triumphant in the Gold Cup. To this day, for those who attended the event, the Queen’s delight in the victory of her horse remains one of the most memorable events in UK horse racing.

Upon her passing, the Queen’s horses were inherited by her successor, King Charles III.

The Queen was a regular at the Royal Ascot, a week of mid-year races held annually at Ascot, one of Britain’s most popular racecourses. All the races at this event have royalty-inspired names such as Diamond Jubilee Stakes and King George V Stakes.

Founded by Queen Anne in 1711, the Royal Ascot remains a seminal event on both horse racing and social calendars. As you might expect, attendees arrive dressed to the nines, donning elaborate designer outfits topped off with fashionable hats. And, of course, there is always the allure of being spotted in her Majesty’s presence.

The Queen’s horses won several races at the Royal Ascot and Epsom Derby – two events which present an ideal opportunity for horse race enthusiasts to exchange ideas on matters such as how to read horse racing odds and ways of developing better and more effective betting strategies. 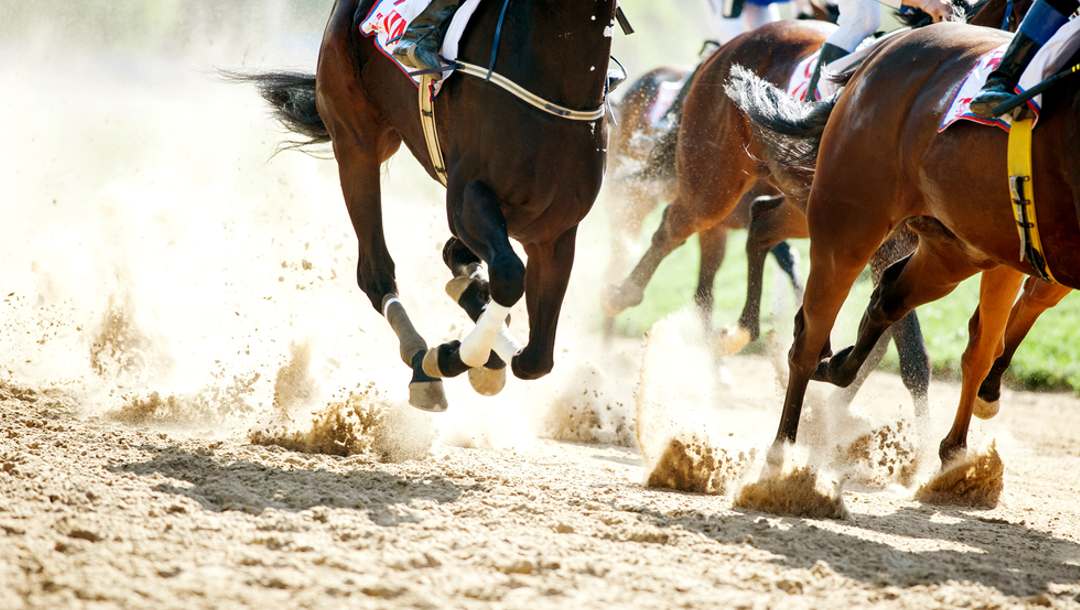 As with other sports, you can only get better at horse racing betting over time and given the global popularity of horse racing betting, you may want to consider gaining access to tracks in different parts of the world by becoming a member of the New York Racing Association Bets, commonly known as NYRA Bets, which is also the official betting partner of the Belmont Stakes.

Enjoy sports betting on the go at BetMGM

As the premier destination for online sports betting, you can discover a whole new world of opportunities and try out different horse racing betting strategies at BetMGM. Whether you want to gain a better understanding of the different types of horse racing or explore other sports betting options, you can find it all when you register at BetMGM.