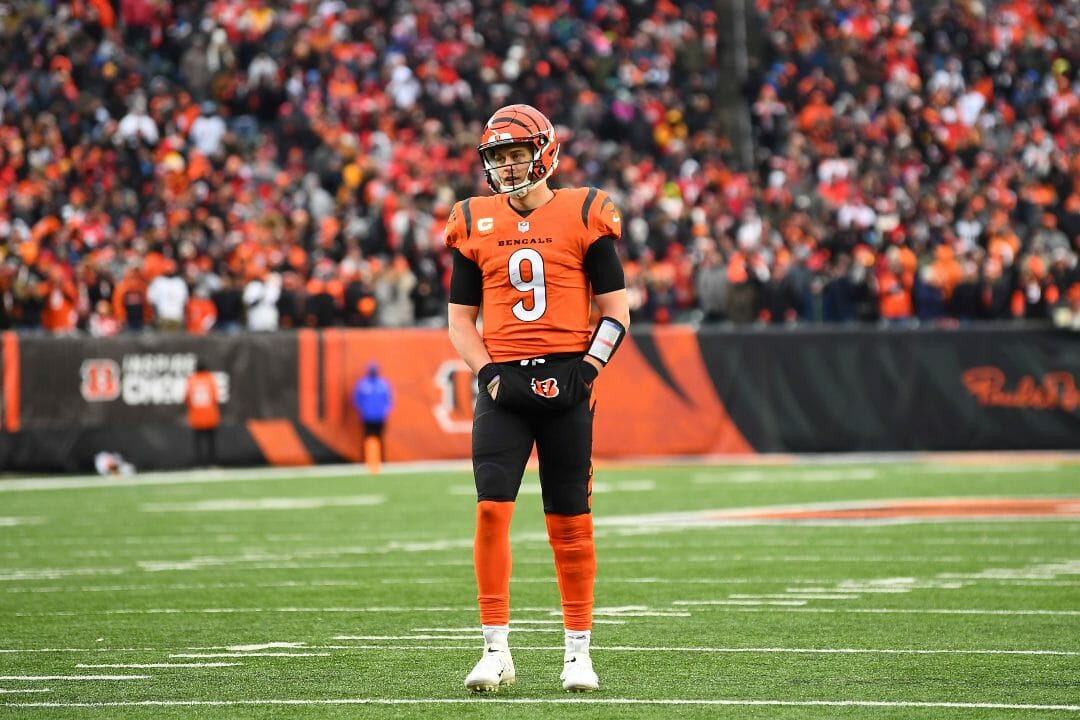 The Las Vegas Raiders are coming off one of the crazier regular-season finales in NFL history in which they kicked a last-second field goal in overtime to get into the playoffs.

Now, Las Vegas has to face a team that beat them by 19 points earlier this season: the Cincinnati Bengals. This Raiders at Bengals matchup should feature plenty of offense, and it will be interesting to see how the Raiders perform after an emotional victory last Sunday. According to the NFL betting odds from BetMGM, the Bengals are favored by 5.5 points.

Read on to learn more about how to think about this game from a betting perspective.

Before we begin, here are the details you need to know about the game this week.

The Raiders haven’t been able to stop opponents in the red zone. Las Vegas ranks last in the NFL in opponent red zone scoring percentage, as the Raiders allow opponents to score a touchdown 81.40% they get inside the 20-yard line.

Anyone betting the under in this game needs red zone opportunities to result in field goals, and the Raiders can’t stop teams inside the 20. I expect the Bengals to score touchdowns, not field goals, and that leads me to believe this game will go well over 49.5 total points.

Additionally, neither the Raiders nor the Bengals have a defense that ranks inside the top 10 in yards per game allowed. Both teams are also in the top ten for passing yards per game.

When the Raiders and Bengals played in Week 11, Joe Mixon went off for 123 yards and two touchdowns on 30 carries. Bengals quarterback Joe Burrow didn’t do much against the Raiders, completing 20 of 29 throws for just 148 yards. The Raiders were able to pressure Burrow in the regular-season matchup, which is one reason Burrow couldn’t do much through the air. The Raiders racked up three sacks on Burrow, and they’ll need to do that again if they hope to win.

Of course, getting pressure on Burrow didn’t stop the Bengals from running all over the Raiders. Las Vegas ranks 19th in the NFL in rushing yards allowed per game, and the Raiders will have to go up against a running back in Mixon, who ran for the third-most yards in the NFL this year.

The Raiders must get pressure on Burrow to slow down the prolific Bengals passing attack, but that may not be enough. The Bengals should be able to gouge the Raiders on the ground if Burrow finds himself pressured, and that’s why I like the Bengals -5.5 in this matchup.

Best Bets for the Raiders at Bengals Matchup

Unfortunately for the Raiders, the Bengals have the better quarterback and playmakers at every skill position. I like the Bengals -5.5 and the over in this matchup. You can wager on this game and other NFL playoff matchups at the BetMGM online sportsbook. Sign up today for a risk-free initial bet of up to $1,000.