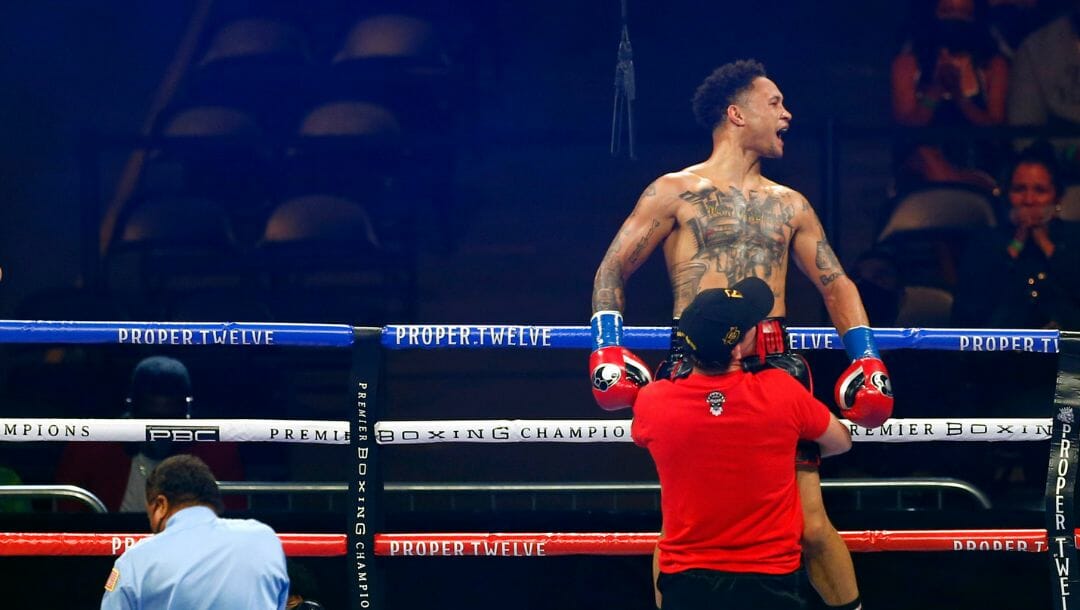 The vacant WBC World Super Lightweight Title is up for grabs this weekend inside the Dignity Health Sports Park in Carson, United States, as Regis Prograis (27-1) meets Jose Zepeda (35-2). Both boxers are currently ranked by WBC, with Zepeda being number one and Regis sitting at number two. They also have a winning streak – three straight for Prograis and five for Zepeda.

Jose Zepeda vs. Regis Prograis has been ordered for the WBC super lightweight title 🏆

Despite being the WBC’s lower-ranked boxer, Prograis remains to be the boxing odds favorite at -375 over Zepeda (the underdog at +275), who is the underdog in boxing betting odds. A win from either man will assure them of progression to bigger fights in the future and cement their place in the rankings.

Regis Prograis began his boxing career as an amateur who competed in various tournaments, including the United States Amateur Championships in 2011, where he became a semi-finalist. He also participated in the 2012 United States Olympic Boxing Trials but failed to crack a spot. Shortly after, Prograis transitioned to the paid ranks and knocked out Carl Almirol in his April 2012 debut.

After that title triumph, Prograis scored another knockout win at the expense of Aaron Herrera in March 2016. Three months later, he won the vacant North American Boxing Federation Super Lightweight Title over Luis Eduardo Florez via fourth-round TKO to add another belt to his collection. The Houston, Texas-based fighter defended the NABF Super Lightweight Title twice, against Wilfrido Buelvas in February 2017 via first-round knockout and Joel Diaz Jr. in June 2017 via second-round TKO.

These wins have opened up another title chance for Prograis, and he obtained a WBC Interim World Super Lightweight Title bout with Julius Indongo in March 2018. He capitalized on it by scoring a second-round TKO victory over him. Four months later, he added the WBC Diamond Super Lightweight Title to his collection after an eighth-round stoppage of Juan Jose Velasco in July 2018.

Prograis was determined to move up in rankings and push his name to more fame as he fended off a challenge from Terry Flanagan in October 2018 via unanimous decision and a sixth-round TKO of Kiryl Relikh in April 2019 to not only defend the WBC Diamond Super Lightweight Title but also claim the WBA World Super Lightweight crown. With all this success in the division, the southpaw fighter finally secured his first major opponent, Josh Taylor.

Regis Prograis currently rides a three-fight winning streak which is all TKO finishes. He began this streak against Juan Heraldez in October 2020 with a third-round TKO, followed by a sixth-round TKO of Ivan Redkach in April 2021 and another sixth-round finish of Tyrone McKenna in his latest bout in March 2022.

Standing in Regis Prograis’s way is Jose Zepeda, a 13-year veteran who finally aims to win his first significant title. Zepeda made his professional debut in December 2009 and knocked out Ignacio Mondragon in one round. It took “Chon” 22 straight victories (including 19 TKO/KO wins) and five years before he finally earned his major title opportunity, which came in July 2015 against Terry Flanagan.

Unfortunately, Zepeda suffered a second-round corner stoppage at the hands of Flanagan to come up short of his championship aspirations. After this loss, Zepeda had a no-contest bout with Jose Alberto Gazo in October 2015 due to an accidental clash of heads which opened a cut under his left eye in the opening round. After these two tough matches, the California native scored seven-fight successive wins.

Zepeda began his resurgence with a first-round TKO victory over Ammenth Diaz in January 2016, followed by a unanimous decision win against Pedro Navarette in April 2016 and a fifth-round technical decision triumph over Jesus Silveyra Carillo in April 2017. These wins set him up for another title run, beginning with a bout with Miguel Zamudio in June 2017. The 33-year-old stopped Zamudio to pick up the vacant WBO International Super Lightweight belt.

Then five months later, he recorded another sixth-round TKO against Abner Lopez to set up a meeting with Carlos Diaz for the vacant WBA Inter-Continental Lightweight crown, which Zepeda won via fifth-round knockout. “Chon” stamped his class over Dominico Rondon in October 2018 to receive another crack at another world title.

Zepeda started another run with a unanimous victory over Jose Pedraza in September 2019 to collect the vacant WBC United States Super Lightweight belt, followed by another win against Kendo Castaneda in July 2020. He then claimed the vacant WBC Silver Super Lightweight title against Ivan Baranchyk in October 2020. This title was eventually defended by the 33-year-old twice.

He then claimed the vacant WBC Silver Super Lightweight title against Ivan Baranchyk in October 2020. This title was eventually defended by the 33-year-old twice against Henry Lundy in May 2021 via unanimous decision and Josue Vargas in October 2021 via first-round TKO. Jose Zepeda is looking to sustain this winning streak and score an upset against Regis Prograis to help him land a big fight in 2023.

The tale of the tape between Regis Prograis and Jose Zepeda looks similar as both carry a knockout power in their arsenal, which translates to Prograis’ 79% finish rate and Zepeda’s 66%. Both boxers are standing at 5-foot-8, but in terms of reach, Zepeda will be enjoying a three-inch advantage at 70 inches compared to Prograis’ 67 inches.

Stylistically, this will be a banger as both men love to move forward and throw with bad intentions in every punch. Prograis will bring his deadly left hook and nasty body shot combinations carried by his southpaw stance. Additionally, he uses his jab to cut the distance and find the right angle to throw his punches, either to the body or to his opponent’s head. This allowed “Rougarou” to finish 22 of his 27 previous opponents.

Meanwhile, Zepeda will carry his defensive style and great counterpunching ability in this match with Prograis. This style relies on his sleek footwork, which is perfect for his orthodox stance. One great evidence of Zepeda’s defensive and counterpunching capability was when he fought Ivan Baranchyk and scored a fifth-round knockout in a see-saw battle that saw eight knockdowns throughout the fight.

Despite this ability of Zepeda to counter punches and move away from his opponent, the power, pressure, and timing of Prograis will be too much to handle for him in this fight. The latter has better combinations which is a massive threat to the former. Lastly, Prograis is hungrier to win this fight because he wants another shot against Josh Taylor and to book a rematch against him once he walks away as the victor.

Regardless of the result of this fight between Regis Prograis and Jose Zepeda, I only have one piece of advice when you watch this – don’t blink.