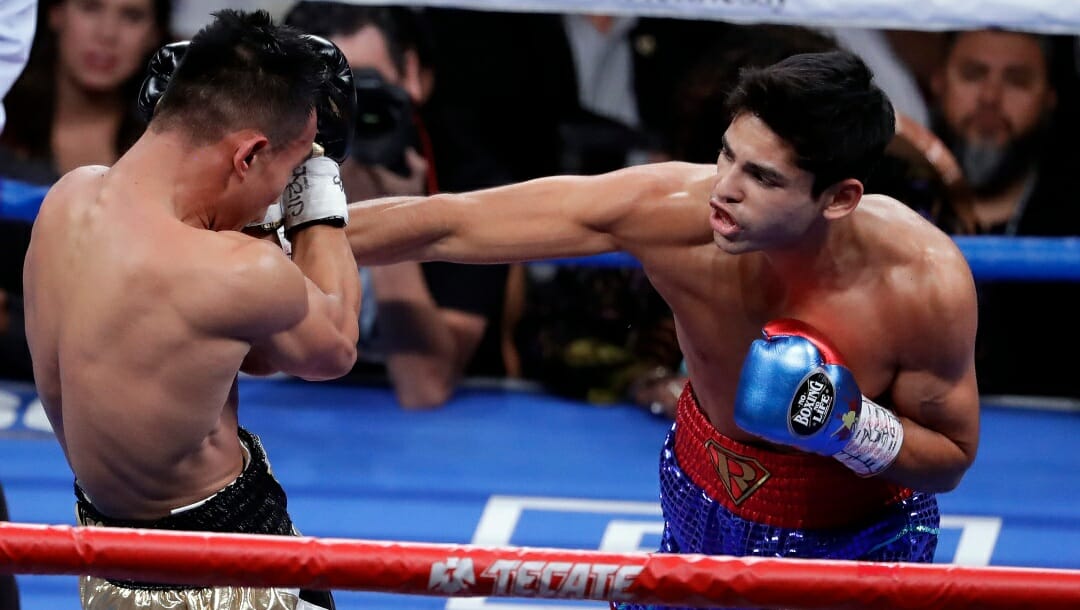 After a 15-month hiatus, boxing fans can finally place a bet on Ryan Garcia, the favorite when it comes to boxing odds, as he is scheduled to meet Emmanuel Tagoe, the underdog, in a high-profile 139-pound catchweight clash this Saturday, April 9 at the Alamodome in San Antonio, Texas.

The 23-year old undefeated fighter is coming off a seventh-round stoppage against former Olympian Luke Campbell to pick up his 21st career victory.

During his fight with Campbell, he faced some adversity. He tasted his first knockdown after the Englishman swooped in a looping left hook straight to Garcia’s chin in the second round to send him down to the canvas.

LUKE CAMPBELL PUTS RYAN GARCIA ON THE CANVAS IN ROUND 2 💥 pic.twitter.com/hCQaPiVHjY

That knockdown was a wake-up call for Garcia because he eventually won the fight with a powerful liver shot that left Campbell crumbling in paint to keep his perfect record intact.

Coming into Saturday’s bout, Garcia is parading an immaculate 21 wins (18 KO/TKOs) with an 86% finishing rate. Aside from the TKO win over Campbell, Garcia also owns wins over Braulio Rodriguez, Jose Lopez, Romero Duno and Francisco Fonseca.

Meanwhile, Tagoe is also coming off the most significant victory of his career by outboxing Mason Menard in their lightweight clash in November of 2020.

The Ghanaian champion currently has 32 straight wins after dropping his debut match in 2004 against Lante Addy via a fifth-round TKO. But since then he’s collected multiple titles.

Garcia will enjoy a slight advantage in reach and height. Still, the primary edge of Garcia over Tagoe is his power and speed, which are his two significant assets in his fighting style.

Garcia also likes to mix up the combinations of his attack with jabs, hooks and powerful straights.

If Garcia can find the range early in the fight and perfectly counter the short jabs that Tagoe is throwing, then we will see a knockout finish from the young star.

On the other hand, Tagoe should fully utilize his footwork to evade the counter punches and the pressure that Garcia might present in the fight. He should also dictate the fight’s pace even if his youthful opponent swarms him with pressure.

In short, he should outbox Garcia and win through points with his experience, much like what he’s done in 17 of his 32 wins.

🗣 'I know that very night I will surprise everyone.'

Emmanuel Tagoe is confident there will be an upset on April 9 🍿#GarciaTagoe pic.twitter.com/eukSLTXEjo

However, despite all of his experience and footwork, it will be tough for Tagoe to contain Garcia’s power shots with pinpoint accuracy, which is why a fourth-round knockout finish is bound to happen in favor of the 23-year old social media star.