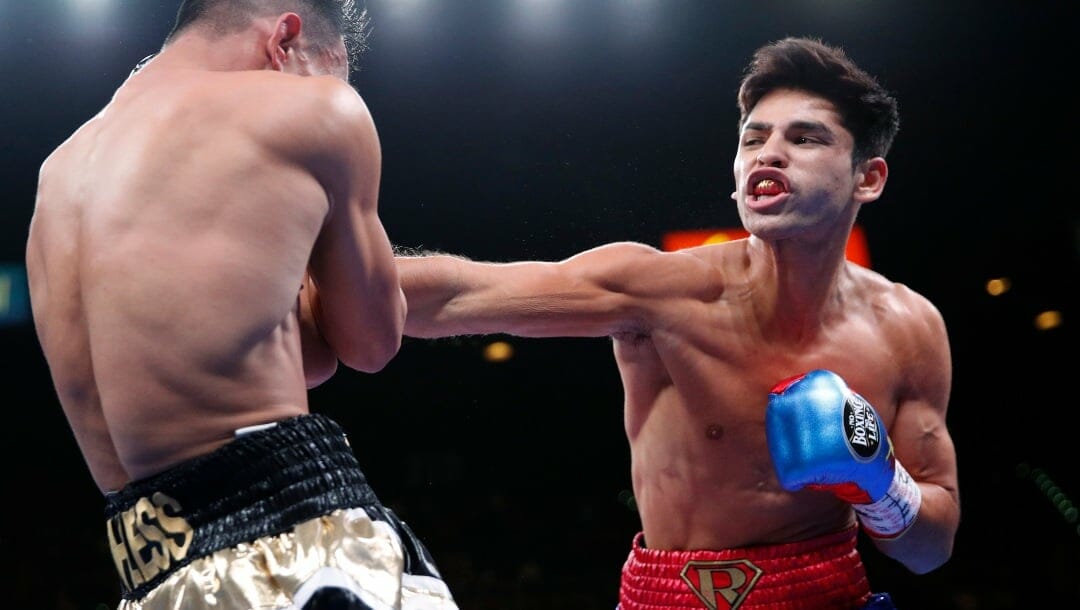 Ryan Garcia, one of boxing’s hottest young prospects today and a boxing odds favorite this weekend, will be back in action after a 15-month layoff to face Emmanuel Tagoe in a 12-round, 139-pound catchweight bout as they headline the card inside the Alamodome in San Antonio.

Before we dive into his journey as a fighter, here is a look at his professional career numbers, which often made him a boxing betting odds darling with bettors.

Ryan Garcia’s next fight is against Emmanuel Tagoe on Saturday, April 9, inside the Alamodome in San Antonio, Texas.

A native of California, the 5-10, 135-pound pugilist picked up the sport when he was seven years old and never looked back. He was already a proven winner before he turned pro in 2016 because of his impressive amateur record of 215 wins and 15 losses on his way to becoming a 15-time national champion.

Garcia quickly piled up the wins and fought seven times in seven months in 2016, where he recorded six stoppages in all of those bouts, with his bout against Christian Cruz Chacon the only one going the distance.

“King Ry” was as active as he was the following year after competing in six fights, but this time, he made sure to finish them all via KO/TKOs.

From there, he went on to face the toughest opponents in his career so far.

First, he dispatched Puerto Rico’s Jose Lopez within two rounds in their April 2019 fight. Then Garcia gave the Filipino slugger Romero Duno his first taste of a defeat when he knocked him out in one round in November 2019 to win the vacant WBC Lightweight title, before knocking out Francisco Fonseca in their February 2020 matchup to claim the WBC Silver Lightweight Title.

The biggest test by far in his young career came in his last outing against Luke Campbell when they crossed paths in January 2021.

The 23-year old suffered his first-ever professional knockdown when Campbell connected a perfectly-timed hook that caught him right in the chin, downing him in the second round.

LUKE CAMPBELL PUTS RYAN GARCIA ON THE CANVAS IN ROUND 2 💥 pic.twitter.com/hCQaPiVHjY

However, the setback awakened the undefeated fighter as he composed himself and turned the tide in the match by eventually stopping the Englishman in the seventh round through a powerful shot to the liver to send Campbell down for good.

The win earned Garcia the WBC Interim Lightweight Title and made him the number five-ranked lightweight contender in the world.

Now, Ryan Garcia’s much-anticipated return to action will be against Emmanuel Tagoe, as both fighters are looking to sustain their respective winning streaks.

On paper, Garcia is the heavy favorite to win the match by way of stoppage because of his 85% finishing rate and unblemished record compared to Tagoe’s 32-1 record and only 45% of stoppage wins.

Although King Ry only has a two-inch reach and two-inch height advantage over “The Gameboy,” a massive discrepancy in age will play a factor in the match as Garcia is ten years younger than Tagoe.

With an entire decade of youth to his advantage, the American will obviously have the speed and accuracy advantage over the Ghanaian, making it the key to the young prospect’s victory on Saturday night.