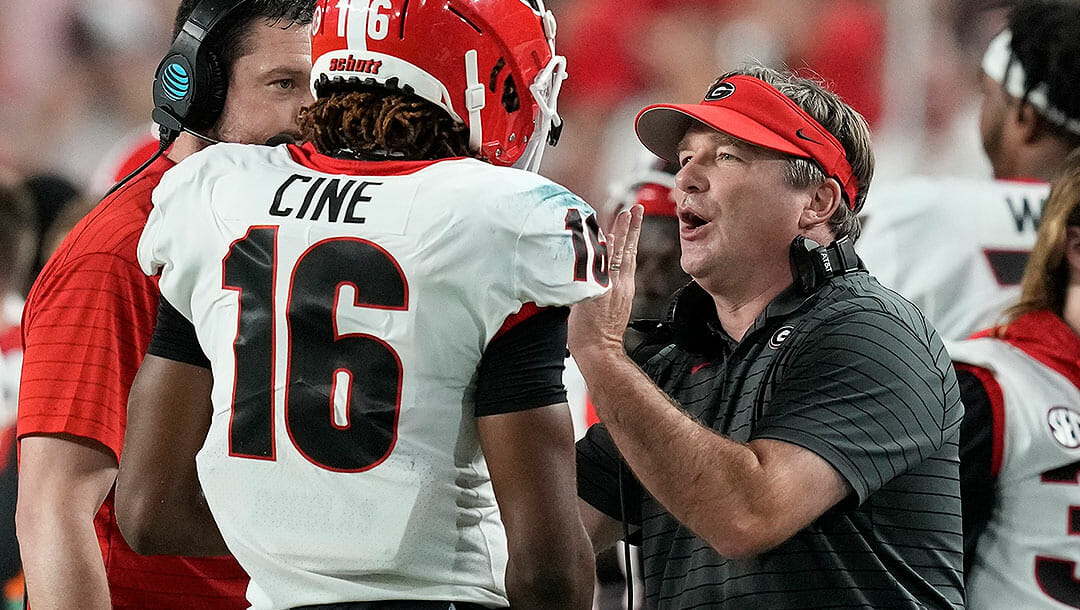 Georgia head coach Kirby Smart is back in the College Football Playoff National Championship Game again and faces the same team that crushed Georgia’s dreams in 2017 – the Alabama Crimson Tide. Smart and his Bulldogs put the world on notice on opening day this year by beating Clemson and haven’t looked back since.

In their 14-1 run, the only hiccup was in the SEC Championship Game against the Crimson Tide. Georgia was a favorite in that game, and even after getting rolled 41-24, the college football odds currently have the Bulldogs as a three-point favorite in this one.

Here’s everything you need to know to get you prepared for the big game.

The Bulldogs Under Kirby Smart

Smart has enjoyed an enormous amount of success during his tenure as the head coach of Georgia. The former defensive back has compiled a 65-15 record (.813) and has led his alma mater to the College Football Playoff National Championship Game for the second time in six years.

Georgia has one of the most dominant defenses in the nation, but the Bulldogs have been quietly explosive on offense this year.

Georgia has put up over 444.9 total yards per game this year with a lofty average of 38.8 points. The team is exceptionally well-balanced on offense, with an average of 253.9 passing yards complemented by 191 rushing yards.

Georgia has given up a measly 9.5 points per game and averages almost 40 points on offense. The Bulldogs have scored over 40 points in a game seven times this season and have eclipsed the 50-mark three times.

In Georgia’s last five games, they have averaged 40 points, just a hair over their season average. However, in their previous two games, the Bulldogs’ offense has been somewhat tempered by their standards.

Despite their struggles on third down against Alabama in their last meeting, the Bulldogs are 19th in third-down conversions this season. They pick up a first down 45.4% of the time.

After putting up just 24 against Alabama in the SEC Championship Game, Georgia followed up with 34 against Michigan in its Orange Bowl victory. The most apparent reason for the downtick in points is that they were taking on two of the best teams in the country, but the two-game average is still ten points below their season average.

Can Georgia finally beat Alabama, or will the Crimson Tide beat the Bulldogs again and add another trophy to Nick Saban’s cabinet?

The Bulldogs are getting a lot of respect as the current favorite in this matchup, and we’ll find out if it was warranted. Either way, this game should be an interesting one for bettors.

Head to BetMGM today for a piece of the action on the big game and all your online sports betting options. Create an account today and receive a risk-free initial bet worth up to $1,000.