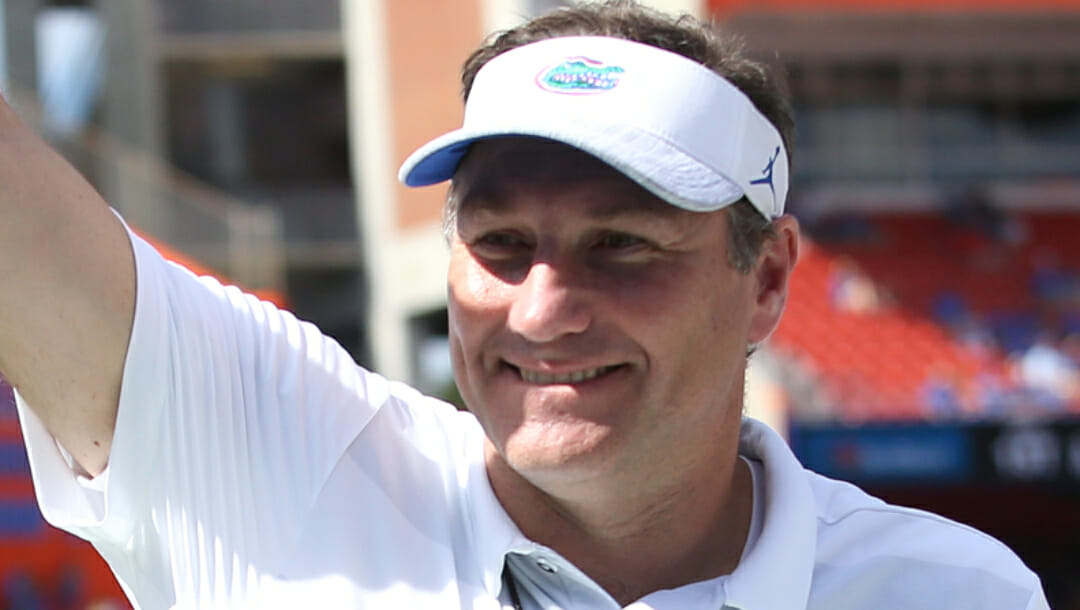 Stricklin arrived in Gainesville the previous November after a six-year run as Mississippi State athletics director, where he was lauded for aiding Mullen in transforming the football program from an SEC punchline into a well-oiled machine with several eight-, nine-, and 10-win seasons. And even after leaving Starkville for an SEC counterpart, Stricklin had no interest in slowing down the machine by poaching their head coach.

“I tried really hard to find alternatives. I was really hoping Chip [Kelly] would be interested because I didn’t want to hire Mississippi State’s coach,” Stricklin told Sports Illustrated in September.

Mullen was immediately suggested as a potential candidate by university president Kent Fuchs. Nope, said Stricklin, not right now. He refused to gauge Mullen’s interest or even consider him as the Gators’ next head coach until Kelly, Frost, and potentially others either declined an offer or were ruled out.

Frost didn’t reject an offer because, after an “unimpressive” meeting in Orlando on Nov. 16, the search committee deemed Frost unprepared for a big-time job. (They spoke again a week later, a call that ended with Frost saying he’d call back, though he never did.) Kelly, however, did decline an offer after two meetings, leaving just Mullen on the committee’s list of three primary targets. (Fuchs also spoke with Mike Gundy on the phone but never made an offer.)

“It was hard,” Stricklin told Dellenger. “I was in a situation where I was either going to disappoint a bunch of people in Mississippi that I cared about or I was not going to be doing the best job for the Florida Gators.”

Mullen was hired in late November and signed a six-year, $36.6-million contract, which was updated last with an extension (through 2027) and raise ($7.6 million per year.) And just four years later, Mullen is on the college football hot seat.