Seattle Seahawks: How Many Points Can They Score Against the Arizona Cardinals in Week 18? 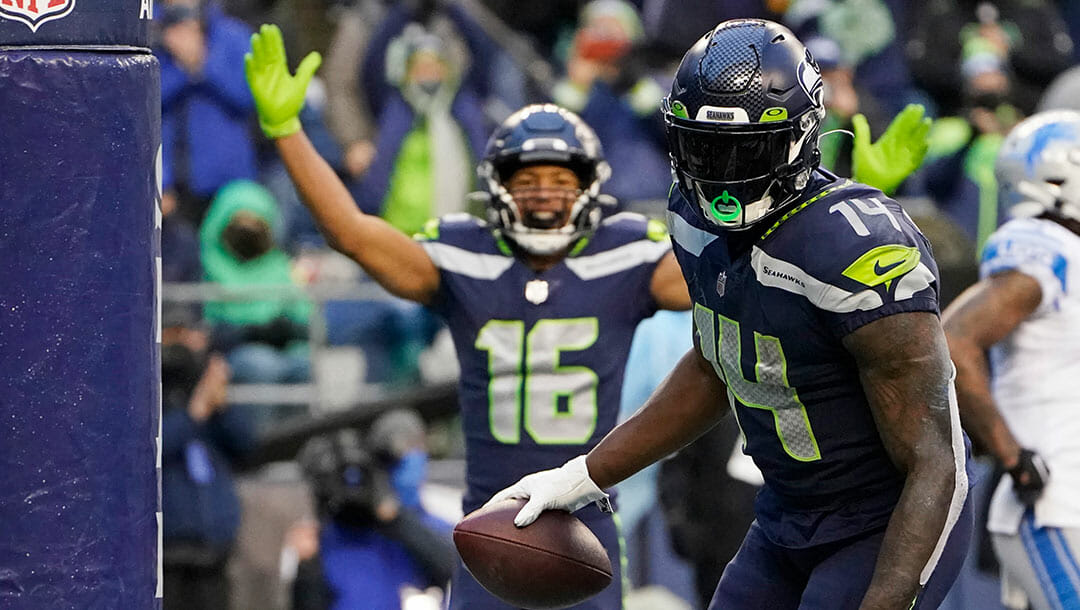 The Seattle Seahawks are out of contention for the playoffs, but they’re still a dangerous team. Last week, they scored 51 points against the Detroit Lions. After getting three touchdowns, DK Metcalf now has more receiving touchdowns in his first three years in Seattle than any other player in team history. Joey Galloway previously held the record.

They take on the Arizona Cardinals this week, who have locked in their playoff spot but don’t know their seeding yet. If the Rams lose and the Cardinals win, Arizona could still win the NFC West. The NFL betting lines have the Cardinals as the 6.5 point favorite.

Read on to learn about the scoring potential of the Seahawks this week and if we can expect big numbers again.

The Seahawks are currently ranked 17th in offensive points per game with an average of 22.3 points. However, that average isn’t the best stat to use.

In Week 9, the Seahawks scored zero points against the Green Bay Packers, and in Week 15, just two weeks before they scored 51 points, they only scored 10 points against the Los Angeles Rams. They seem to have the ability to put up some big numbers, but the consistency isn’t there.

QB Russell Wilson’s stats have improved in the season’s final weeks, throwing four touchdowns against the Lions last week. In his past five games, Wilson has thrown for ten touchdowns and only two interceptions.

Both RB Rashaad Penny and WR Tyler Lockett are having stellar seasons. Over the last four games, Penny has put up 481 rushing yards on 69 carries, giving him 6.9 yards per rush as well as five touchdowns. Tyler Lockett posted a single-season career-high of 1,077 receiving yards.

The Cardinals’ defense has had some injury issues this season, with star defensive lineman J.J. Watt on IR since November and a host of other injuries. Last week, they played without linebacker Markus Golden, defensive lineman Jordan Phillips, and cornerback Marco Wilson.

Phillips and Wilson are questionable for Sunday’s game, and Golden has a significant performance bonus on the line if he does well. With two sacks in Week 18, he would hit 13 for the season and earn another $1 million.

Despite these injuries, the Cardinals’ defense ranks fifth in points allowed (20.5). Unfortunately for Russell Wilson and the Seahawks, Arizona’s defense has also played well against the pass. They rank eighth in the league, allowing 213.5 yards per game.

The Cardinals are coming off a needed win against the Dallas Cowboys last week after a three-game losing streak, including an embarrassing loss to Detroit in Week 15. They are looking to keep the momentum going and repeat a defensive performance against Dallas that limited the Cowboys to three third-down conversions.

How Many Points Can the Seahawks Score in Week 18?

I don’t think we’re going to see another 51 point game from the Seattle Seahawks this week. The Cardinals’ defense had a big showing in Week 17 despite three of their starters being out, and the Seahawks scored those 51 points against Houston, which is 26th in scoring defense (26.5).

How many points do you think the Seahawks can score? Sign up for BetMGM’s King of the Weekend promotion and pick the six teams that you believe will score the most points this week. Guess correctly and you could win up to $50,000. If you don’t already have an account, sign up today.