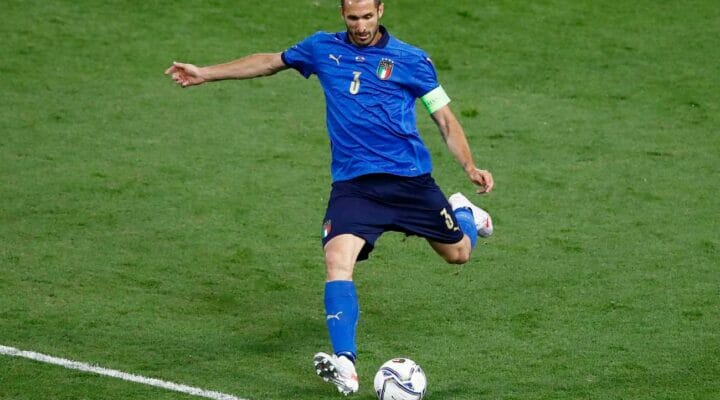 The first question that arises when taking a quick look at Group A in Euro 2020: Where is the weak link? All four sides are ranked in the top 30 in the most recent FIFA/Coca-Cola World Rankings, and none rank higher than No. 7 (Italy). The other five groups all have teams ranked outside the top 30 — sometimes as many as two. Group A has parity that rivals even a strong FIFA World Cup group.

So who will emerge from this challenging group, Group A? We’ve waited an extra year for the Euros, thanks to the global pandemic, but Friday, Italy hosts Turkey in Rome to kick off the competition. What are the Euro 2020 odds for that match, Group A play, and the whole tournament? BetMGM has it all.

Italy are the only country in Group A to ever have reached the Euro finals, winning it all in 1968 and 1980, and being runner up in 2000 and 2012. The Azzurri have played exceptionally well in their qualifying leadup to this summer, and they’re heavily favored in the soccer betting lines to win the group (-185) — and for good reason.

The Italians haven’t lost a match since Sept. 10, 2018, when it fell to Portugal in Lisbon. Since then, they’ve won 22 matches and tied five, while maintaining eight straight clean sheets since conceding once to the Netherlands last October. Will this translate to major Euro success?

As evidenced by its stack of clean sheets in the last eight outings, Italy is known for its stout defense, and Giorgio Chiellini of Juventus is one of the big reasons for it. The savvy veteran leads the side with 107 career caps, and he can also put the ball in the back of the net when given the chance (eight goals). He joins fellow Juventus defensive star Leonardo Bonucci on the backline.

The defense is typically superb. The real question is, who is going to score? Lazio’s Ciro Immobile (team-leading 13 international goals) has proven he can do it in Serie A, and somebody needs to emerge against this level of competition. 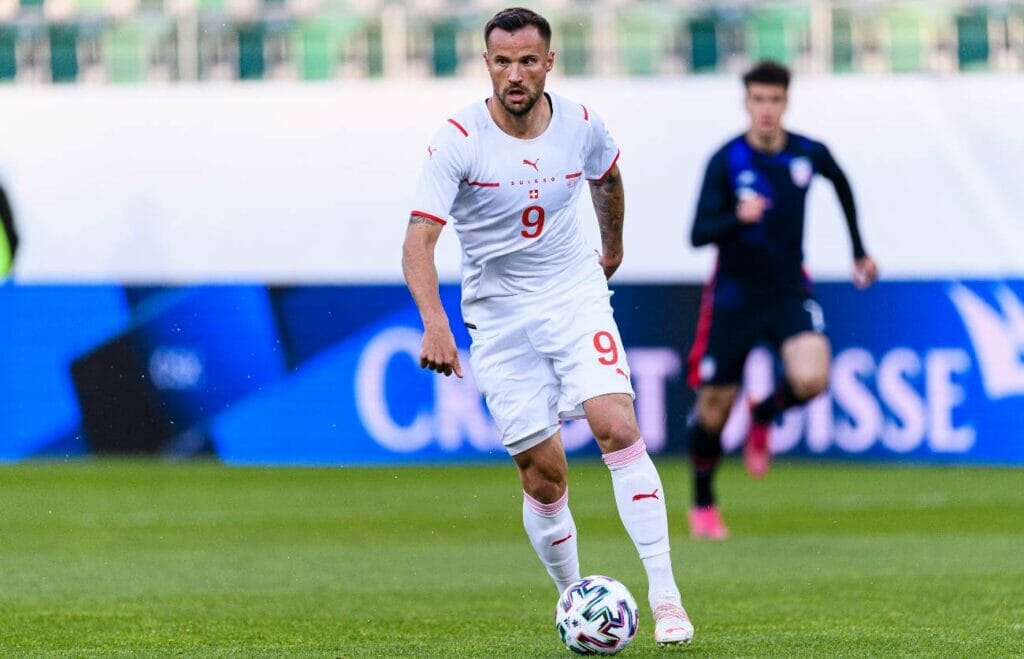 Switzerland are a hard team to figure. On one hand, the Rossocrociati — the nickname meaning red crosses — come into Euro 2020 after dominating their last five international matches against mid-range competition, but that follows a tough stretch in late 2020 where they didn’t win even one of their seven matches.

They possess a No. 13 world ranking, but the real question is can they do much against a more highly ranked competitor like Italy, Germany, Belgium, or Spain. The results in recent years would suggest they wouldn’t.

Which Swiss side will we get? Will we get the side that has outscored international competition 15-4 in its past five matches? Or the one that didn’t win in 2020? That would seem to imply that when it plays a side like Italy, there may be struggles — but the Turkey and Wales matches seem winnable.

Just call the Swiss one of those sides that wins the matches the soccer odds say they should, and falls to the elite. They’re hoping to at least match their best Euro finish — the Round of 16 — as they did in 2016.

Liverpool’s Xherdan Shaqiri and Benfica’s Haris Seferovic provide a dangerous 1-2 scoring punch for the Swiss, combining for 44 career international goals and neither is 30 years old yet.

Borussia Gladbach goalkeeper Yann Sommer has been named the Swiss player of the year twice in the last four years and has 60 caps of experience, while Arsenal’s Granit Xhaka will captain the side from his midfield position. 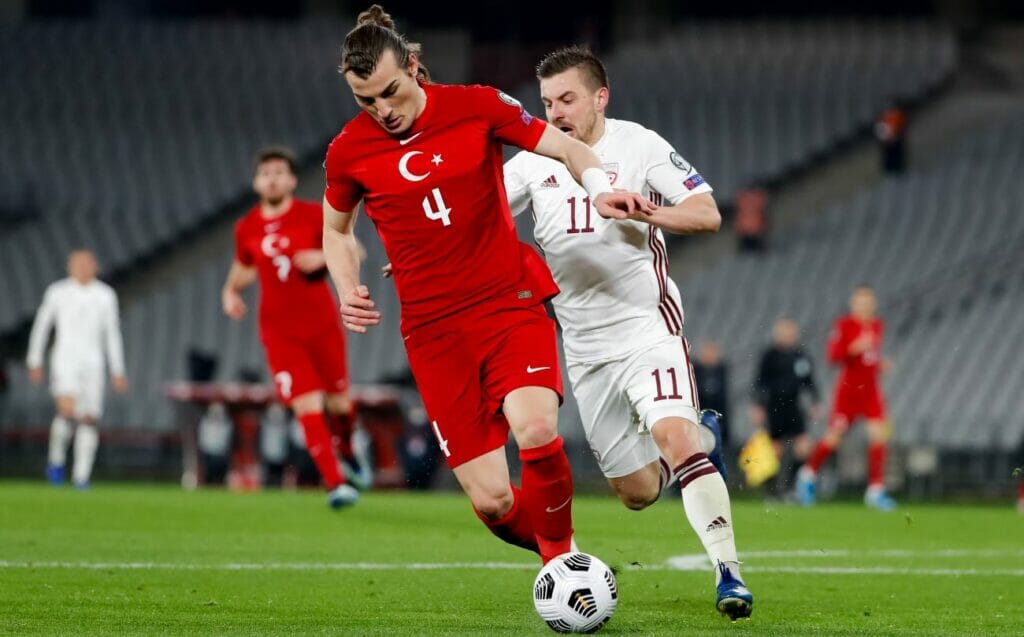 At No. 29 in the world rankings, Turkey are the lowest-ranked side in the group. To their credit though, they haven’t lost this year in a leadup match to Euro 2020, even beating the mighty Dutch 4-2 back in a World Cup Qualifier in March.

Not only did Turkey play well in their spring 2021 leadup to Euro, they also performed well to qualify for the tournament. They played well against the talent French in the qualifying group stage back in 2019, winning 2-0 in one match and drawing 1-1 in the other. Turkey’s only loss in group play was to Iceland, and their defensive performance (only three goals conceded and eight clean sheets in 10 matches) was superb. Anyone thinking this side is the weak link of Group A may want to check the results.

This is the nation’s fifth appearance in Euro, and the Turks hope to replicate what they did in 2008 when they reached the semifinal round.

One interesting question will be — how will aging star Burak Yilmaz of Lille figure into the equation. He’s the leading international scorer on the roster (29 career goals in 67 caps) and this year finished with 18 total goals for Lille in France’s Ligue 1 after years of dominating Turkey’s Süper Lig.

Çağlar Söyüncü is coming into his own at Leicester City in the English Premier League, and he could be a big key to continuing the defensive dominance Turkey showed during Euro qualifying two years ago.

It remains to be seen how exactly this Welsh side will absorb the dismissal of one of Wales’ best all-time players and its 2019 manager, Ryan Giggs. In 2019, Giggs led Wales to qualify for Euro 2020, but then was let go from his manager’s role in Nov. 2020 after an assault charge.

How distracting is this? The Welsh are coming off a recent 0-0 warm-up draw with Albania, not exactly one of Europe’s top sides — ranked No. 66 in the world. That may help explain why Wales have the lowest Euro 2020 betting odds of the group at +700, as bettors don’t have as much confidence in the Dragons as they do in Italy, Switzerland, and red hot Turkey, even though the Turks are 12 spots lower than the Welsh in the FIFA world rankings.

Tottenham Hotspur’s Gareth Bale may be getting older (he’s 31 years old), but he’s still an effective international goal-scoring threat with a Welsh record 33 career tallies in 92 caps. The captain fine-tuned his game at Real Madrid playing alongside Cristiano Ronaldo for years before going on loan to Tottenham. He was a massive part of the 2016 Euro leadup for Wales, scoring seven goals in qualifying. Then, he helped lead the side to the semifinal round.

Teams most likely to qualify from Group A

The Euro 2020 betting lines sure favor a dominating Group A performance from Italy, and there’s good reason for that prognostication. When the Azzurri are on the pitch, they tend to strangle opposing attacks. While Italy seems to be a lock to advance to the knockout stage, Switzerland and Turkey have just the kind of talent and track record to prove they may be able to take a point or two off of Italy and get through themselves.

Turkey may be ranked lowest in this group according to the FIFA ranking (at No. 29), but they have been stingy on defense, as mentioned above. That gives the Turks the edge for the group runner-up spot, and they should advance. But don’t rule out the Swiss as a potential No. 3 team to advance as one of the four best third-placed finishers in Euro 2020. That scenario is very likely.

Wales could upset all the above but seems to be trying to find themselves just days before the tournament opens.

Don’t miss an opportunity to check out our Euro 2020 soccer betting odds, futures, and more when you visit BetMGM. We have up-to-the-moment live betting and tips to ensure the best experience when you bet on Euro 2020. Along with match-by-match lines, bettors can place a wager on which teams will make the quarterfinals, semifinals, and final, while also placing soccer bets on individual honors like the Golden Boot award for top tournament scorer.