Born on January the 3rd in 1991, Andre Agozzino is a Canadian offensive left-winger that is plying his trade in the American Hockey League (AHL), although he is under contract with the Pittsburgh Penguins of the National Hockey League (NHL).

Agozzino is renowned for this speed, sure hands, and ability to read the game. He is relentless in his game and the ice’s hard areas don’t scare him, despite him not being of the largest stature. His grit and determination make him an incredibly exciting hockey player to watch. 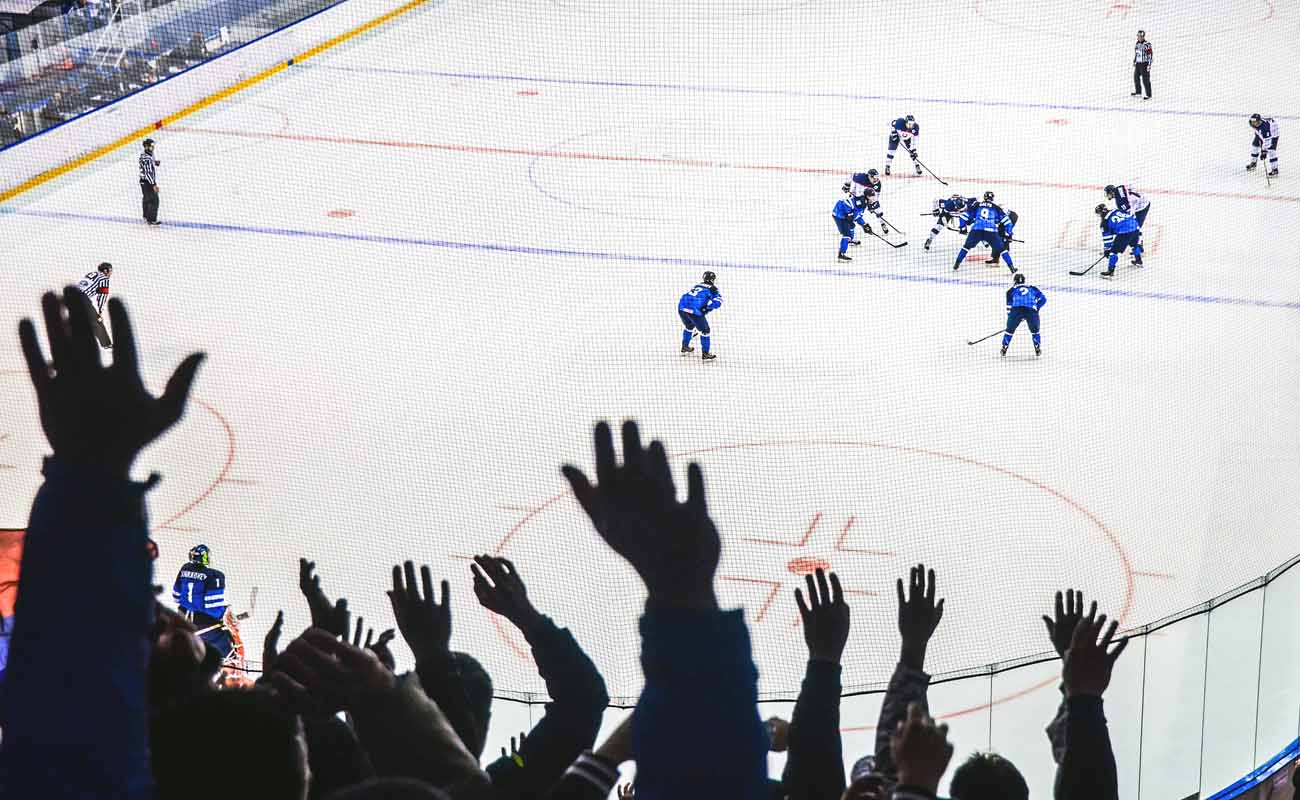 The Niagara IceDogs were the first team that Agozzino played major junior hockey for in the Ontario Hockey League. The team was originally known as the Mississauga IceDogs when they first picked him to play in the first-round draft pick in 2007. Agozzino was the 15th player chosen overall in that year’s Ontario Hockey League’s Priority Draft. The name change came soon after he was picked, with the team relocating to Niagara.

In his first campaign as a rookie, Agozzino took his goal tally to 12 in 50 overall games during the 2008-08 season. His skills were noticed and he was chosen to represent the Canada Ontario team at the Under 17 World Hockey Challenge in 2008. He was the team’s standout player, helping them to go all the way and claim gold with his astonishing contribution of 5 goals in the 6 games played.

His 2008-09 season was an even better one, with the teenager’s confidence and leadership skills clear to see. The 27 goals he scored in this season with the IceDogs made him the second-highest scorer on the team that season.

His excellent first two rookie campaigns didn’t go unnoticed and he was soon invited to the 2009 orientation camp for the St Louis Blues.

The IceDogs captain, Alex Pietrangelo, left the side at the end of the 2008-09 season and midway through the 2009-10 season Agozzino was named as the team’s new captain. His leadership qualities certainly came to the fore during his seasons leading the IceDogs and in his first season in the new role, he scored 37 goals and 66 points.

He represented the IceDogs in the 2010 Ontario Hockey League All-Star Classic and after scoring a whopping four goals in the game (an All-Star record), he was named the Eastern Conference player of the game.

Despite his clear skills and vision, Agozzino’s size was against him and many teams balked at signing him because of how diminutive he was, as they believed he wasn’t ready to take the leap to anything more major like the NHL. However, he was snatched up by the Peoria Rivermen on an amateur try-out contract. He made his first professional debut for the Blue-affiliate club on April the 9th 2010 and played against the Manitoba Moose. He went on to play for the last two regular games of the team’s season.

After his amateur try-out contract ended, he returned to the IceDogs as captain for the 2010-11 season and again outshone his teammates with 43 goals in 68 games. Still, no professional contract was offered and as such, he returned for his final season with the Niagra for the 2011-12 season. For the third season in a row, he had the highest tally for his team and ended with 40 goals, a personal best of 48 assists, and 88 points. This impressive form saw him finish up 5th in the overall Ontario Hockey League scoring charts.

As captain, Agozzino led his team to finish the season as a finalist in the J. Ross Robertson Cup and his efforts were recognized as he received the Leo Lalonde Memorial Trophy as the top overage player in the league and was the recipient of the League’s best captain award with the Mickey Renaud Captain’s Trophy.

He finished his junior career with an impressive league-highest of 159 goals, 147 assists, 306 points, and 316 games.

Taking it to professional levels 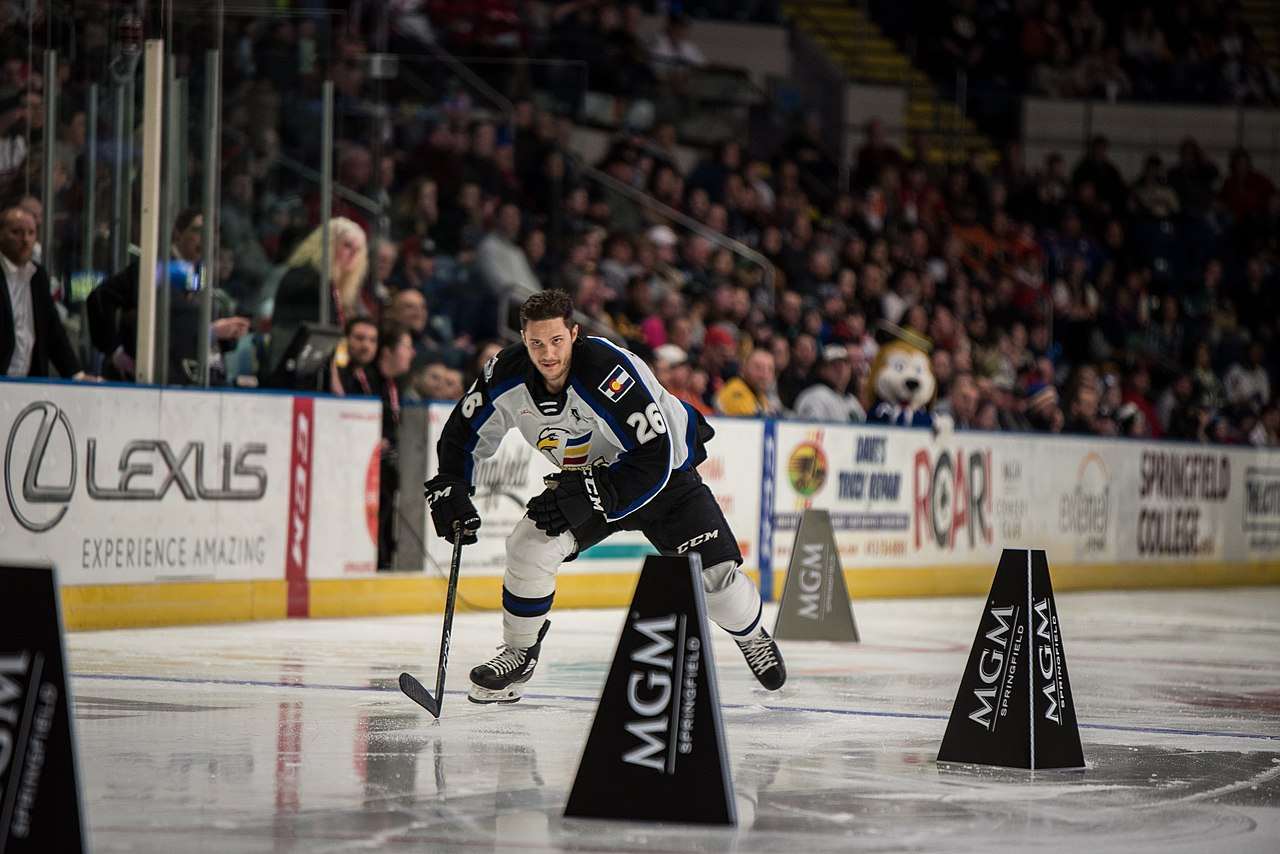 Agozzino was finally (and deservedly) given his first professional contract for the 2012-13 season. The one-year contract was with the Lake Erie Monsters playing in the American Hockey League (AHL). It didn’t take long for Agozzino to get on the scoreboard when he scored the winning goal in a thrilling 2-1 match against Oklahoma City Barons in his debut on the 12th of April 2012. While he was originally established on the checking lines, he soon made the leap to become an integral part of the Monsters scoring forwards - sooner than anyone thought that he would - at the beginning of his first season. Halfway through the season, and right amongst the top-scoring forwards on the Monsters’ team, he was selected with Michael Sgarbossa to take part in the American Hockey League All-Star Game. He then made history to become the first-ever Monsters’ player to become a starter to the winning Western Conference All-Star lineup.

Agozzino’s move to the professional league was cemented when he signed a two-year entry-level contract on the 22nd of March 2013 with the Colorado Avalanche, which is the NHL (National Hockey League) parent club of the Lake Erie Monsters. Lake Erie didn’t make it to the playoffs but he did finish the regular season with the astonishing claim of being one of just two skaters that played every game for the Monsters. He also finished up the season at the front of the ranks with 32 assists and 52 points at the end of the season.

Agozzino finally got his NHL recall in the 2014-2015 season when the Avalanches were struggling with a blight of injuries to their team, he was recalled on the 21st of November 2014. In his NHL debut on the 22nd of November 2014, Agozzino registered an assist, as his team skated out 4-3 winners against the Carolina Hurricanes.

The next couple of years didn’t go exactly as planned and he became a restricted free agent after the 2014-15 NHL season under the NHL Collective Bargaining Agreement. On the 5th of July 2015, he filed for Salary Arbitration, when Avalanche made him a qualifying offer for NHL rights retainment. However, before arbitration, he settled and signed a one-year two-way contract with the Colorado Avalanche.

After leaving the Avalanche as a free agent, Agozzino went on to sign a similar one-year two-way contract with the St Louis Blues on the 1st of July 2016. He went to the training camp with the Blues in 2016 and was then assigned to the AHL Chicago Wolves for the 2016-17 season. He had some settling in issues with a brand new system of play, but once he was comfortable he then finished the AHL season with the Wolves, continuing in his fine scoring form with 18 goals and 54 points in 71 games. Although he had a very good season with the Wolves, Agozzino wasn’t recalled by the Blues.

One year on and Agozzino was once again a free agent and signed with his original NHL club the Colorado Avalanche in a two-year, two-way contract. His very first NHL goal came during a comprehensive 3-0 win on the 19th of February 2019, over the Vegas Golden Knights.

Once again, Agozzino found himself a free agent after his contract with Avalanche was concluded and went on to sign a two-year, two-way contract for $700,00 with the Pittsburgh Penguins one the first of July 2019.

Although he has spent the majority of the 2019-2020 season with the Wilkes-Barre/Scranton Penguins, he was finally called up to play a game for the Pittsburgh Penguins during a period where they were struggling with injuries.

What does the season ahead hold for Andrew Agozzino? Agozzino was named in the 2020 AHL All-Star Classic and he leads the WBS in points at 31 and is tied in the lead for team goals at 14. He has also assisted 17 goals in his 35 games. Although he didn’t get much time during his recall to the NHL, there are hopes that he is going to be recalled more often during the next couple of seasons.

If you’re interested in online sports betting and wondering who to keep an eye on, then Andrew Agozzino is a sure bet in the AHL. His goal scoring record, grit, speed, and determination means that sports betting odds are favorable.

If you’re a fan of the NHL and want to turn your knowledge into money then NHL sports betting could be the perfect side hustle for you. What’s better than making money while watching your favorite team?

Check out our BetMGM site for more sports betting news and to get the inside scoop on the best picks. We have a huge variety of sports available on our site and that means that sports lovers from all walks of life can enjoy betting with us.