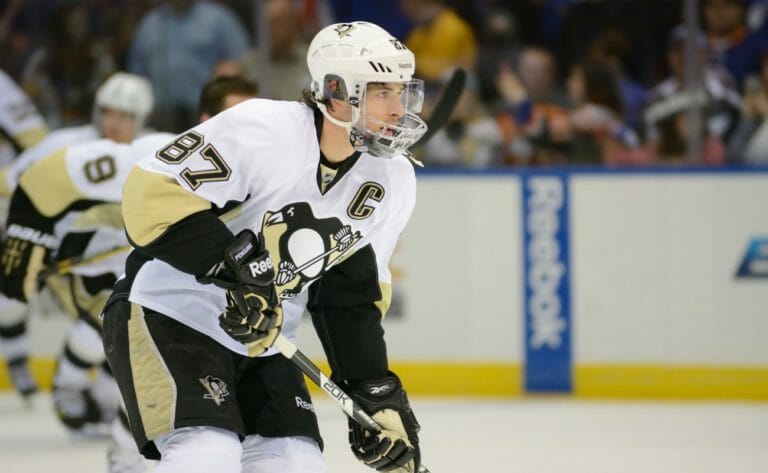 Sidney Crosby needs no introduction; he’s been one of (if not the best) NHL players for some years now. An out and out center, Crosby is known for his innovative reading of the game, determination, high work rate, speed, and superb stickhandling abilities. He is also renowned for his leadership qualities on and off the ice.

NHL great Wayne Gretzky famously said that Crosby has “proven over and over that he’s the best player in the game today. And it seems like the more important the game, the more impact that he makes on a game.” This hasn’t been the only praise heaped upon Sidney Crosby since breaking into the NHL and considering that his colleagues, coaches, fans, and opposition players are amongst those who have raved about him, it’s safe to say that he isn’t just an unbelievable player but is also well-liked off the ice too.

How exactly did Sidney Crosby rise to such heights? It’s not been an easy ride for this world-class athlete who has consistently shone despite being plagued by injuries.

Making it in the minors

It wasn’t long into his minor hockey that Crosby started to get noticed. In fact, he was only seven-years-old when he gave his very first newspaper interview. Crosby tried to play in the 15-17-year-old midget level, but at only 13 years-old he was stopped by the Nova Scotia Minor Hockey Council.

The year after that he played midget level as a part of the triple-A Dartmouth Subways and managed to score a combined 217 regular season and playoff points. This helped his team to finish second in the 2002 Air Canada Cup. He was chosen as MVP and Top scorer at the national tournament awards and he finished the tournament with 24 points.

At 14, Crosby played two games with the Truro Bearcats in the Maritime Junior A Hockey League. However, Crosby struggled in his midget career, not due to his hockey but because of the treatment he received from other players attempting to injure him on the ice and opposition parents bombarding him with constant verbal abuse on and off the field.

As a consequence of this, Crosby decided to rather move to the American hockey program at Shattuck-Saint Mary’s Boarding school in Minnesota for the 2002-03 season. Playing for the Sabres that season, he scored 72 goals and 162 points and in doing so got his team to the U18 AAA national championship where they came out victorious.

Stepping up to juniors 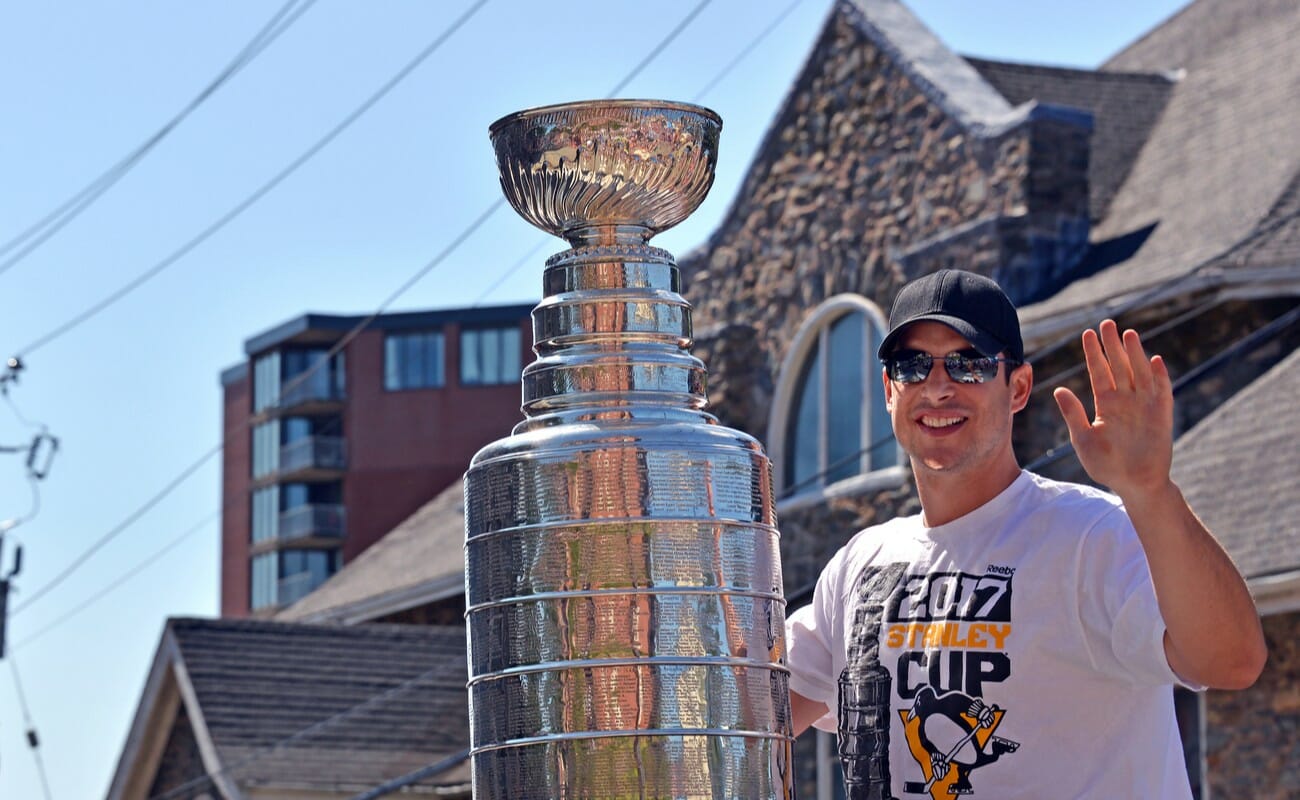 In 2003, Crosby was the first overall selection in the Midget Draft and the team that picked him was the Rimouski Océanic, who played in the QMJHL (Quebec Major Junior Hockey League). In his debut exhibition game, he came on to score eight points and his first regular-season game produced a goal and two assists.

Crosby finished his first season with 54 goals and 81 assists in 59 games and in doing so he was awarded the Jean Béliveau Trophy, for being joint top point-scorer in the league. Throughout the season he was named QMJHL Player of the Week 6 times and Player of the Month for both QMHL and CHL (Canadian Hockey League) three times respectively. He also received the RDS/JVC Trophy for overall rookie of the year and was recognized as the league’s most valuable player with the Michel Brière Memorial Trophy. On top of this, he also received QMHL All-Rookie and First Team All-Star Honours, and Offensive Rookie, Personality of the Year, and Offensive Player Accolades.

Crosby continued to play for the Océanic for the 2004-05 season and he maintained his fine form and led the league with 66 goals, 102 assists, and 168 points over 62 games and this resulted in another Beliveau Trophy. He was also awarded with consecutive Most Valuable Player, Offensive Player, and Personality of the Year awards, along with the QMJHL First All-Star. The Océanic ended the season top of the league with the best record of 45 wins and 98 points. They then won the President’s Cup, where Crosby clinched the Guy Lafleur Trophy for his role.

Despite losing 4-0 to the London Knights in the 2005 Memorial Cup, Crosby still made the tournament’s All-Star Team, and his tally of 6 goals and 5 assists in the 5 games earned him the Ed Chynoweth Trophy.

The time was soon drawing near for Cosby to take the last step up and he ended his time with the Océanic after his contract was concluded and he prepared for the 2005 NHL Entry Draft. The Océanic retired Crosby’s number 87 in 2019 and the QMJHL did the same across all the teams in honor of the contribution that he had to the league.

The Pittsburgh Penguins and the NHL

Cosby entered the 2005 NHL Draft as the top choice in the NHL Scouting Bureau and International Scouting services and he had just won the Mike Bossy Trophy as the best prospect coming out of QMHJL into the draft. The Pittsburgh Penguins selected him first out of the draft on the 30th of July, 2005.

Midway through the season, due to a variety of factors, the Penguins replaced their coach and Cosby, at the age of 18, was named as an alternate captain. Despite a strong personal season for Crosby, who finished off sixth in the NHL scoring race and became the youngest player in the NHL to score 100 points in one season, the Penguins had a poor season and ended up with the worst record in the Eastern Conference.

The 2006-07 season was a much better one on both an individual and team basis and Crosby emerged as the leader of the NHL scoring race with 36 goals and 84 assists in 79 games. This was the first time a teenager had done this since 1980 when Wayne Gretzky did the same. Crosby was also the youngest player in NHL history to win the Art Ross Trophy.

The Penguins’ position in the league improved drastically with new acquisitions and Crosby producing a deadly offensive line, and on May 31st, 2007, he was named as team captain – making him the youngest NHL captain ever.

On the 10th of July, 2007, the Penguins signed Crosby to a five-year, $43.5 million contract. Between 2007 and 2010, Crosby rose to superstardom and just some of his major achievements included: 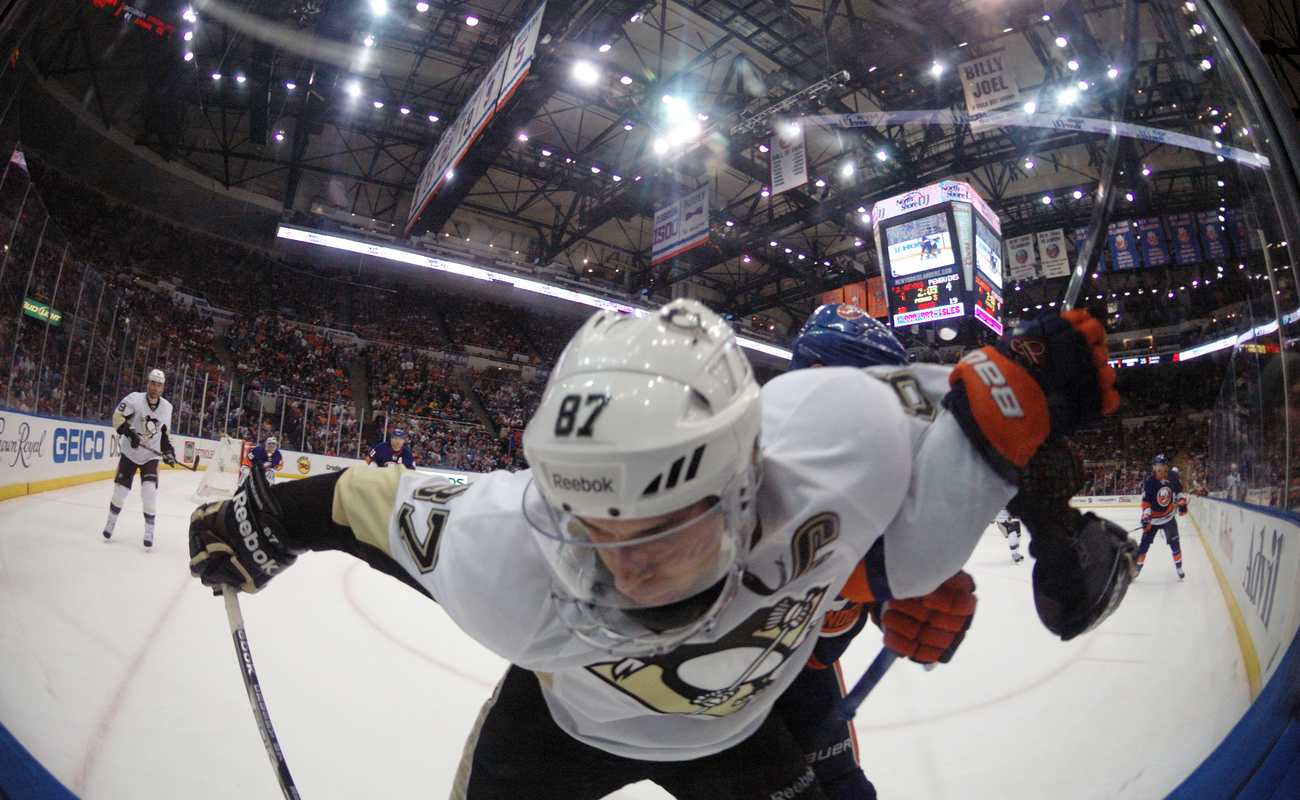 On January the first, 2011, Crosby received multiple head injuries in games against the Washington Capitals and Tampa Bay Lightning. The knock-on effect of these concussions forced Cosby to miss the last bit of the 2010-11 season and the first 20 games of the next season too. Once he returned for 8 games in the 2011-12 season, he soon had recurring concussion symptoms and this meant that he missed out on all the games from December till mid-March 2012.

Crosby struggled with head injuries frequently throughout his career but despite this, he took the Pittsburgh Penguins to new heights and he still won the following awards, as well as frequently being the top scorer every season:

On the 14th of November 2019, Crosby underwent emergency hernia surgery which kept him off the ice for months. However, the ever gregarious center made his return for the Penguins on the 14th of January 2020.

Those watching the game would never have thought that Crosby had missed the last 28 games. He took to the ice as per usual and recorded 4 points in the Penguins’ 7-3 win. It’s safe to say that Crosby doesn’t need a settling-in period and the Penguins look like a force to be reckoned with since having him back in their offensive line.

Despite his relatively long lay-off, Crosby is lighting up the online sports betting scene again and with this player’s undeniable talent and eye for goal, his sports betting odds are one to keep an eye on.