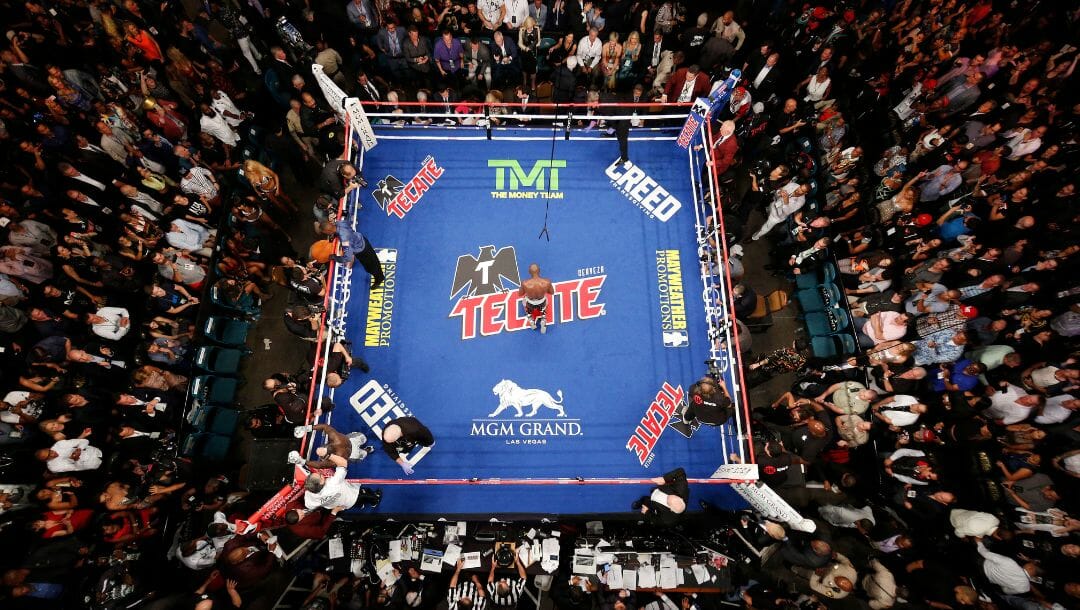 One of United Kingdom’s rising boxing stars is back in action this Friday, November 11, as Sunny Edwards (18-0) defends his IBF World Flyweight Title for the third time since becoming a champion against Felix Alvarado (38-2) inside the Sheffield Arena in Sheffield, England. Both fighters aim to use this fight as a jumping board to set up a megafight with other big names in the division.

Edwards will come in as the favorite in the boxing odds at -750, while Alvarado will be the online boxing betting underdog at +425. The gap in odds between the two boxers was mainly because of their record and fighting style that gives an edge to Edwards.

The 26-year-old boxer got the nod from oddsmakers because of his undefeated record from his 18 professional fights, including four TKO/KOs. Meanwhile, the Nicaraguan challenger has suffered two losses in his 40-fight run, making him the underdog.

Sunny Edwards had an excellent amateur career where he won multiple medals in various national and European competitions, including the English Junior & Youth National Championships, English ABAE National Championships and Gee-Bee Tournament. After this impressive amateur run, he finally decided to go professional and made his debut in September 2016, where he defeated Sergey Tasimov via points.

Then, Edwards amassed four more wins over Brett Fidoe (in October 2016 via points), Craig Derbyshire (in December 2016 via points), Gyula Dodu (in May 2017 via first-round TKO) and Jose Aguilar (in July 2017 via points) to earn his first crack at a minor title. The Croydon, London native faced Ross Murray for the vacant WBO European Super Flyweight Title in November 2017 and defeated him via fourth-round TKO stoppage.

After another decision win over Thomas Essomba in August 2020, Edwards finally got his maiden opportunity to win a major title against Moruti Mthalane in April 2021. He got the job done by scoring a one-sided decision victory to obtain the IBF World Flyweight Title. The Brit wasted no time defending it, as he has already fended off two challenges from Jayson Mama and Muhammad Waseem in December 2021 and March 2022.

Not much is known about Felix Alvarado’s amateur career, but he already proved himself a worthy opponent for Edwards’ title because of his spectacular record of 38-2. His fights were primarily held in his home country in Nicaragua, and he occasionally competed overseas, where he saw action in Japan, the Philippines and the United States.

He made his debut in March 2010 and scored a TKO win immediately in the opening round against Julio Hernandez. 12 fights later, “El Gemelo” captured the Nicaraguan Light Flyweight Title by defeating Eliecer Quezada via unanimous decision in December 2011. Early in his career, he showed potential to be a knockout finisher because of his incredible power for his weight class.

Unfortunately, Alvarado suffered a unanimous decision loss at the hands of Ioka. Six months later, in June 2014, the Managua, Nicaragua native received another title opportunity for the same belt but fell short again against Juan Carlos Reveco, who also defeated him via unanimous decision. These losses prompted Alvarado to a six-fight win streak and fight for a minor title. He faced Roberto Nucamendi in January 2017 for the vacant WBC Latino Light Flyweight Title, and Alvarado knocked him out in the opening round.

Alvarado was able to defend this title twice over Gabriel Ruiz (first-round TKO in February 2017) and Luis de la Rosa (first-round KO in March 2017) before claiming the WBC Latino Flyweight Title in May 2017 versus Jose Antonio Jimenez via first-round knockout. Four fights later, the Nicaraguan fought for his first major title against Randy Petalcorin in October 2018. He beat him via seventh-round TKO to secure the IBF World Light Flyweight Belt.

The 33-year-old was able to defend the IBF Flyweight Title twice against Reiya Konishi in May 2019 via unanimous decision and Deejay Kriel in January 2021 via a tenth-round TKO finish. Alvarado’s two latest victims were Israel Vazquez and Luis Cerrito Hernandez, who he defeated via first-round TKO and fourth-round knockout in August 2021 and May 2022, respectively, to become the mandatory challenger to Sunny Edwards’ IBF World Flyweight Title.

The youth advantage will be on Sunny Edwards’ side as he will be younger by seven years at only 26 compared to Felix Alvarado, who is already 33 years old. However, this could spell a huge experience margin between the two fighters because the Nicaraguan already has 40 fights under his belt compared to the Englishman, who only has 18 fights so far in his professional career. Alvarado will also have a one-inch height advantage at 5-foot-4 versus Edwards, who stands at 5-foot-3.

The reach advantage is unclear because Edwards’ reach is not listed, but Alvarado will carry his 68.1-inch reach into the fight. Both fighters have an orthodox stance, but Alvarado clearly has the knockout power, with 87% of his fights being finished, while Edwards only possesses 22% in percentage. “El Gemelo” is known to be a power puncher, while “Showtime” is more of a tactical and technician boxer.

In terms of flyweight rankings, Alvarado is ranked 10th by The Ring, 7th by WBO and 3rd by the IBF. The defending champion’s only ranking is from The Ring, which identifies him as the 3rd best flyweight in the world. A win from either of these men would surely catapult him to the top of the rankings and potentially earn a big-time bout in early 2023.

Stylistically,  Edwards will enjoy the advantage because of his speed, which relies heavily on his incredible footwork and head movement. This opens up his offense by countering his opponents after evading their punches. Some of his favorite counterpunches were stiff hooks and his patented right-hand straight punch, which usually tags his foe. Additionally, “Showtime” also loves to move forward and blitz his opposition with combinations.

On the other hand,  Alvarado relies more on his power which was his primary weapon throughout his career. He usually pushes and bullies his opponents in the corner or the ropes before loading up on his power punches. He doesn’t have the same speed as Edwards, but when he gets going and already calculates the distance of his punches, he will swarm his foes. This makes him a fantastic finisher who can put any opponents to sleep.

Despite the power that the Nicaraguan challenger is carrying, the champion’s speed and slick movement will be a big problem for Alvarado all fight long. Edwards will fully utilize his footwork and head movement to evade the power punches from Alvarado and make him punch the air. At the same time, when avoiding the challenger’s attack, the champion will open up more opportunities to counter and eventually outpoint him for another successful title defense.