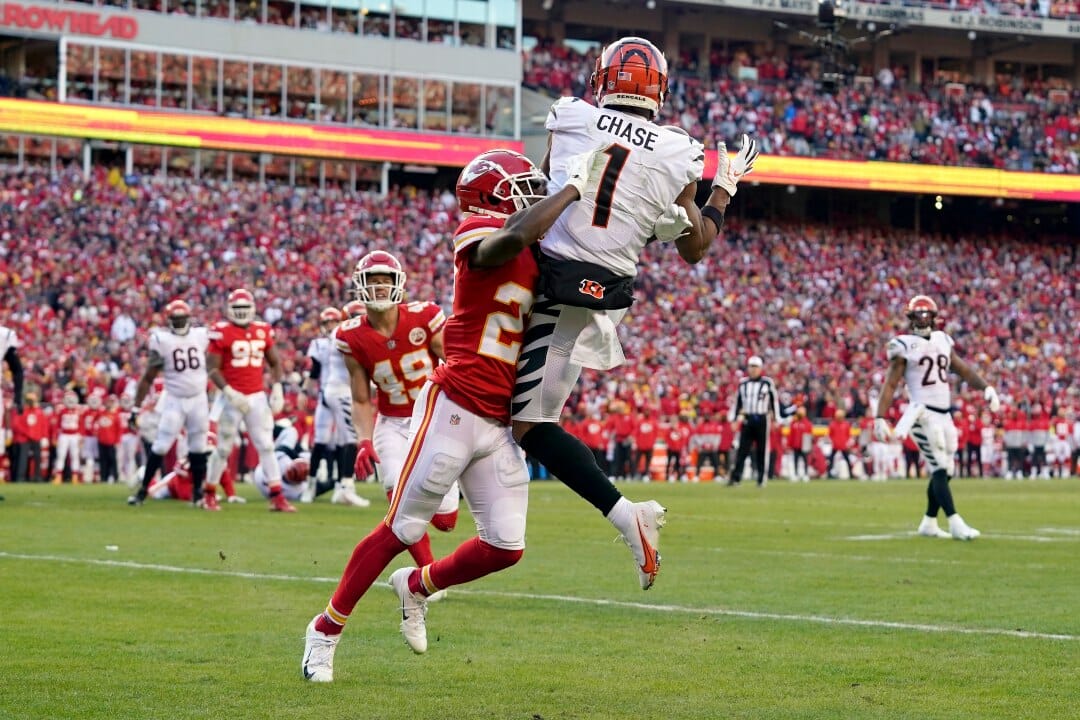 Super Bowl 56 is upon us, with the Cincinnati Bengals facing off against the Los Angeles Rams. As of now, the Rams are favorites by 4.5 points, led by QB Matthew Stafford.

But, the Super Bowl is a game that bettors usually like to get a little creative. Some may look for the best Super Bowl prop bets that BetMGM has to offer.

One of the prop bets worth looking at is most receiving yards. Who has the best chance of hitting this? Let’s take a look at some of the top candidates.

Before we dive into the receiving yards odds, here is what you need to know about this year’s Super Bowl.

He’s put up 95 or more receiving yards in all but three games this season, and his stellar play has continued through the playoffs, where he’s remained Rams QB Matthew Stafford’s favorite target. Over three rounds, Kupp’s caught 25 passes for 386 yards and four touchdowns.

I think Kupp is the most consistent name of any wide receiver available, and if he is his usual self in this game, he will be very tough to beat with this bet.

If you are looking for a wide receiver with more rewarding odds for this bet, I think your best option would be to back Bengals WR Ja’Marr Chase.

Chase has been a rookie sensation, breaking out with Cincinnati this year with 1,455 receiving yards on the season along with 13 touchdown receptions.

He trails Kupp by a few hundred receiving yards total, but I would argue that he has a little more upside. While Kupp is very consistent, Chase has the explosive ability that leads to gaudy single-game statistics.

Super Bowl LVI features two of the elite offenses of the NFL. With QBs Matthew Stafford and Joe Burrow dueling, both the Rams’ and the Bengals’ receivers should have big days.

But which receiver will put up the largest total? Cooper Kupp and Ja’Marr Chase are two of my best options to pick for this Super Bowl 56 prop bet. However, there are many more receivers worth your money, considering the potency of these offenses.

Create an account on BetMGM, the best online sportsbook to place your prop bets. Sign up today and receive a risk-free initial bet worth up to $1,000.