Are the Tampa Bay Buccaneers the Team to Beat in the NFC? 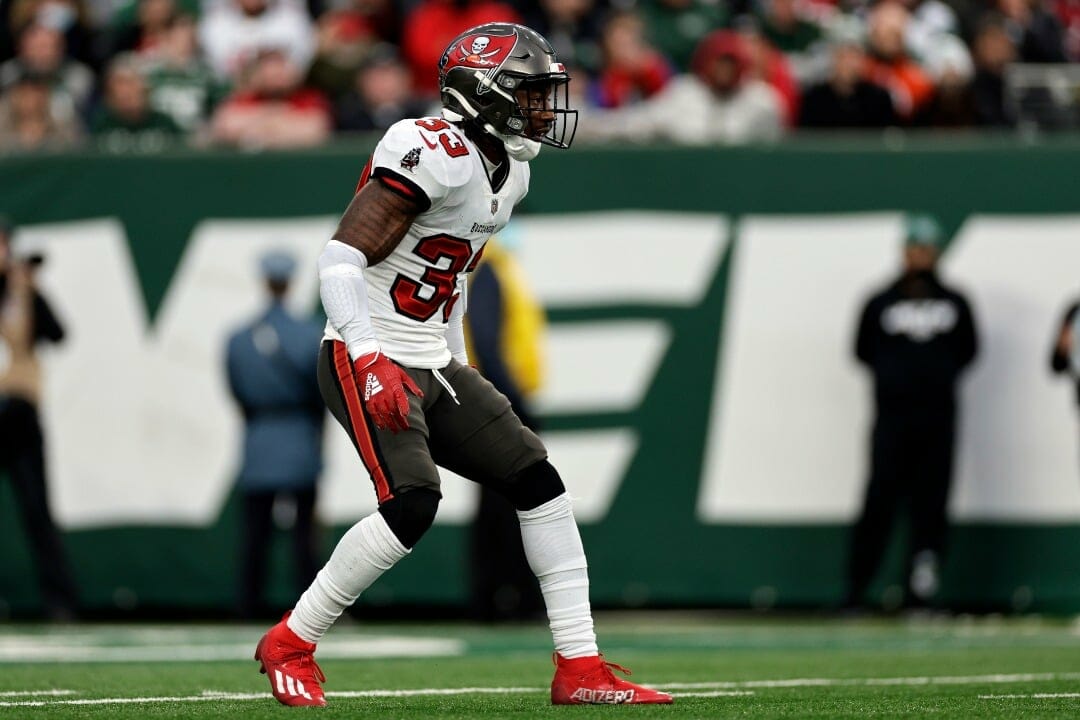 One of the notable favorites in this year’s playoffs is the Tampa Bay Buccaneers, the defending Super Bowl champions. At the helm for Tampa Bay is seven-time Super Bowl winner Tom Brady. The ageless quarterback is preparing for a tough Los Angeles Rams team.

According to the current NFL odds, the Bucs are three-point favorites in this week’s matchup. Are they team to beat in the NFC? Read on to learn more about the Bucs’ game this week and their path to Super Bowl LVI.

Hot off a blowout victory against the Philadelphia Eagles, the Bucs host the LA Rams. QB Matthew Stafford won the first playoff game of his career last week against the Arizona Cardinals, but now he faces the defending Super Bowl Champions and one of the greatest players of all time, Tom Brady.

Along with the Green Bay Packers, the Bucs are the only team with fewer than five losses.

The Bucs tied the Packers for the best record in the league, 13-4. The Buccaneers have won eight of their last nine games and average the second-most points per game in the league (30.1).

While the Buccaneers are brilliant on offense, they have a defense that can shut down opposing teams as well. Tampa Bay allows the fifth-fewest points in the league (20.4).

At 44 years old, Brady put up another MVP-caliber season. He threw for 43 touchdowns, 5,316 yards, and 12 interceptions. Interestingly, he’s older than three of the four head coaches representing teams that remain in the NFC. Sean McVay is 35, while Kyle Shanahan and Matt LaFleur are 42.

The weapons are there on the offensive side of the ball. Chris Godwin, the Buccaneers’ leading receiver, was placed on the injured reserve list with an ACL and MCL injury, but Tampa Bay still has weapons on offense. Mike Evans recorded over 1,000 yards receiving, and tight end Rob Gronkowski has 802 receiving yards and six touchdowns.

The Bucs’ defense is solid and produces a lot of turnovers. They’ve generated 29 takeaways, the fifth-most in the NFL. They also rank fifth in points allowed per game (20.4) and play well against the run, allowing an average of 92.7 yards per game.

Super Bowl experience is an influential factor playing in Tampa Bay’s favor. The team’s core played and won last year’s Super Bowl. Tom Brady has played in ten Super Bowls since 2000 and won seven of them.

Rob Gronkowski has been to four Super Bowls with Brady, and head coach Bruce Arians is ninth among current coaches in career wins with 80. The Buccaneers are led by players and a coaching staff that know what it takes to get to and win a Super Bowl.

The Buccaneers are certainly a top contender in the NFC. They finished tied with the Packers for the best regular-season record in football, and they have the Super Bowl experience and an all-time great quarterback at the helm. I believe the biggest threat to the Patriots this year is the Green Bay Packers.

Are the Bucs the team to beat in the NFC? Why not place a wager with the best online sportsbook, BetMGM? Create an account today and receive a risk-free initial bet worth up to $1,000.