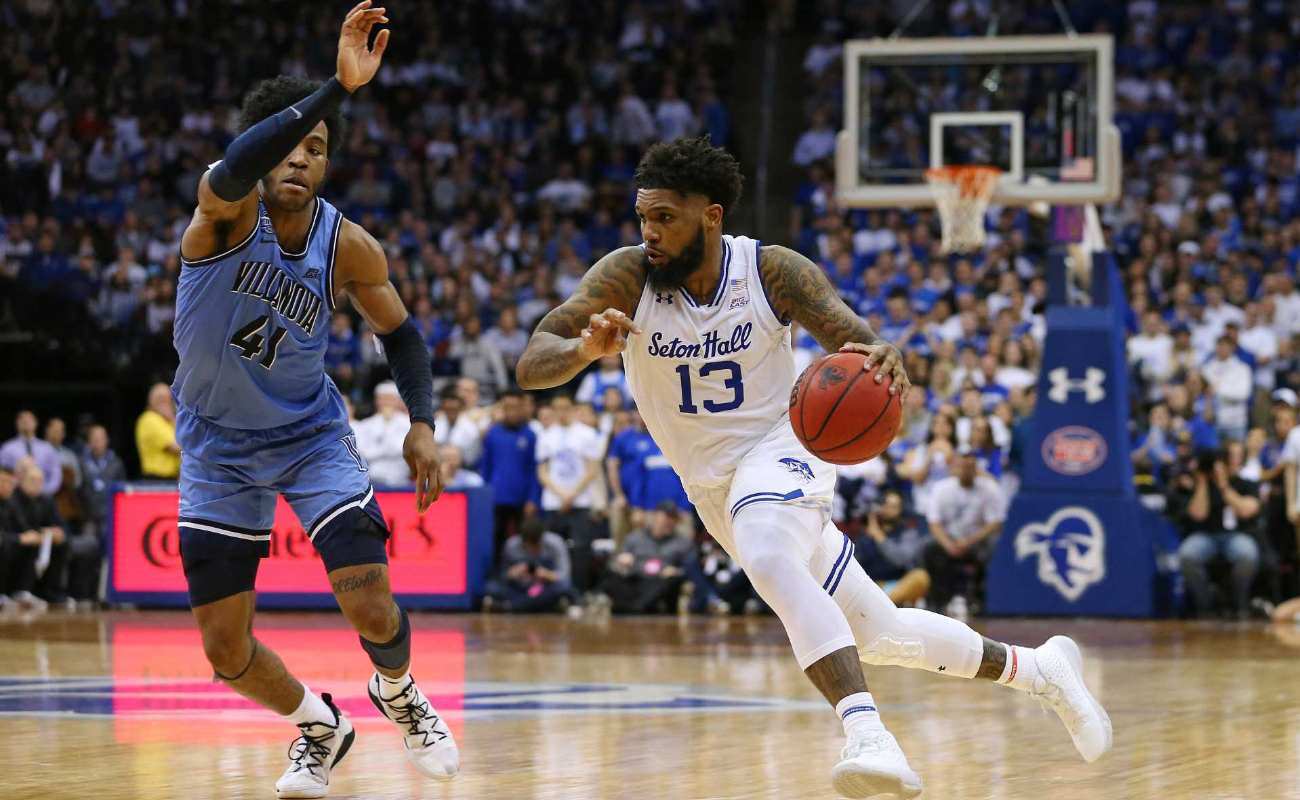 Even though the Pirates share the title of conference regular-season champions with two other teams, this marks an improvement over last year’s season where the Pirates finished in a four-way tie for third place along with the Xavier Musketeers, the Creighton Bluejays and the Georgetown Hoyas. The Seton Hall Pirates basketball program has won the Big East conference tournament 3 times, in 1991, 1993 and as recently as 2016. With the 3-way tie for conference champion, the bids to the Division I men’s college basketball tournament in March will likely be going to multiple teams from the Big East again this year. The Seton Hall Pirates have appeared in the March college basketball tournament 13 times and, if the Pirates secure a bid this year, they will be on a 5-year streak of appearances since the 2015-2016 season. Of those 13 appearances in the March tournament, Seton Hall University has made it through to the round of 32 8 times, most recently in 2018 where they were knocked out by Kansas in a 79-83 loss. The Pirates have made it through to the round of sixteen 4 times, most recently in 2000 where they lost to No. 3 seed Oklahoma State in an incredibly close game finishing 66-68. Seton Hall has only made it to the round of 8 teams twice, to the round of 4 teams once, and in that same year, they made it to the championship game where they finished as runner-up to the championship title where they lost to Michigan 79-80 in overtime. The Pirates have also appeared in the National Invitation Tournament (NIT) 17 times, with a combined record of 8-18. The only ever NIT championship that Seton Hall University has ever won was back in 1953. The Pirates appeared in 10 National Invitation Tournaments from 1957 to 2010 and were knocked out in the first round each time they appeared. Individually, the Seton Hall Pirates have earned plenty of awards and honors, from Coach of the Year to Haggerty Awards and All-American awards, the Pirates players have always performed well in their conference. Head Coach for the Pirates, Kevin Willard (10th season), won the Big East Coach of the Year award in 2016, and the Peter A. Carlesimo Award back-to-back in 2016 and 2017. Former Pirate Isiah Whitehead won the Big East MVP Award in 2016, and the Haggerty Award in the same year. Myles Powell, current Pirates guard, received the Big East Most Improved Player Award in 2018, and the Haggerty Award in 2019, Powell was also selected for the Consensus First Team All-Big East Award in the same year. 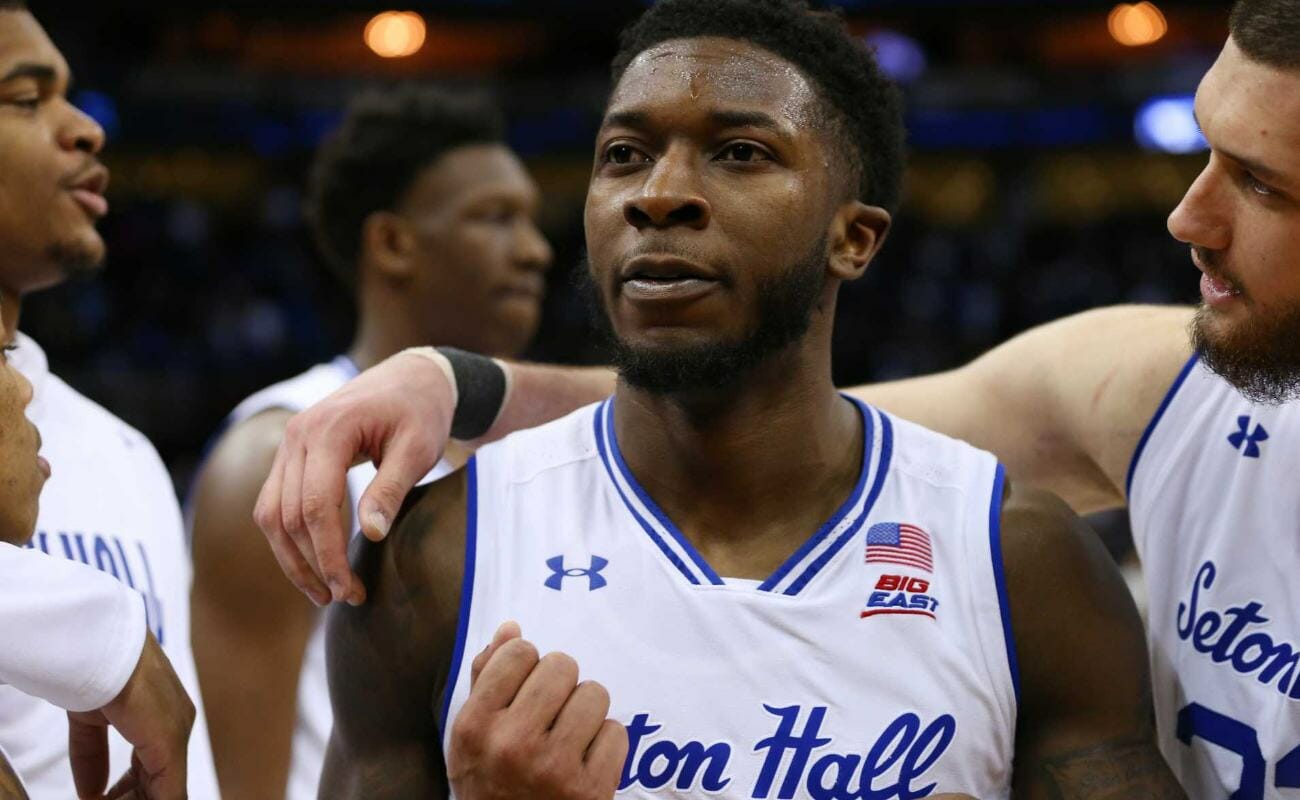 The Seton Hall basketball roster that represents Seton Hall University this year are: 0 Quincy McKnight – G 1 Takal Molson – F 2 Anthony nelson – G 4 Tyrese Samuel – F 13 Myles Powell – G 14 Jared Rhoden – G/F 15 Taurean Thompson – F 21 Ike Obiagu – C 22 Myles Cale – G/F 23 Sandro Mamukelashvili – F 30 Asiah Avent – G 32 Darnell Brodie – F 33 Shavar Reynolds Jr. – G 35 Romaro Gill – C The Seton Pirates players consistently put up good stats throughout their regular seasons in recent years, though there are those who stand out a little more than the rest in terms of their performances lately. Myles Powell is one of the most talented and consistently good players for Seton Hall University they have ever had. With an average of 21.0 points, 4.3 rebounds, 2.9 assists and 2.8 turnovers per game, Powell is a force to be reckoned with in the Seton Hall basketball roster. Though he might not have the highest field goal percentage, he certainly is able to put up the points, which just goes to show how many opportunities this player creates when he is on the ball. Powell will certainly be key to the performance of the Pirates in the conference tournament, and whether or not they get a bid to the Division I men’s college basketball tournament in March this year. Sandro Mamukelashvili is another key player for the Pirates that should be on your radar going into the postseason. With 11.9 average points, 6.0 rebounds, 1.4 assists and 1.4 turnovers per game, Sandro is a high impact player on the court for the Pirates. Also high up on the stats board for Seton Hall University basketball is Quincy McKnight, who has an average of 11.9 points, 3.3 rebounds, 5.4 assists and 2.3 turnovers per game. The combination of Powell, Sandro and McKnight could be what carries the Pirates through the conference tournament to secure a bid to the March college basketball tournament. Throw in Shavar Rhodes Junior’s 6.4 rebounds per game and Romaro Gill’s 3.23 blocks per game, and the defense looks fairly impregnable too – a winning combination for the single-elimination format of the March tournament. 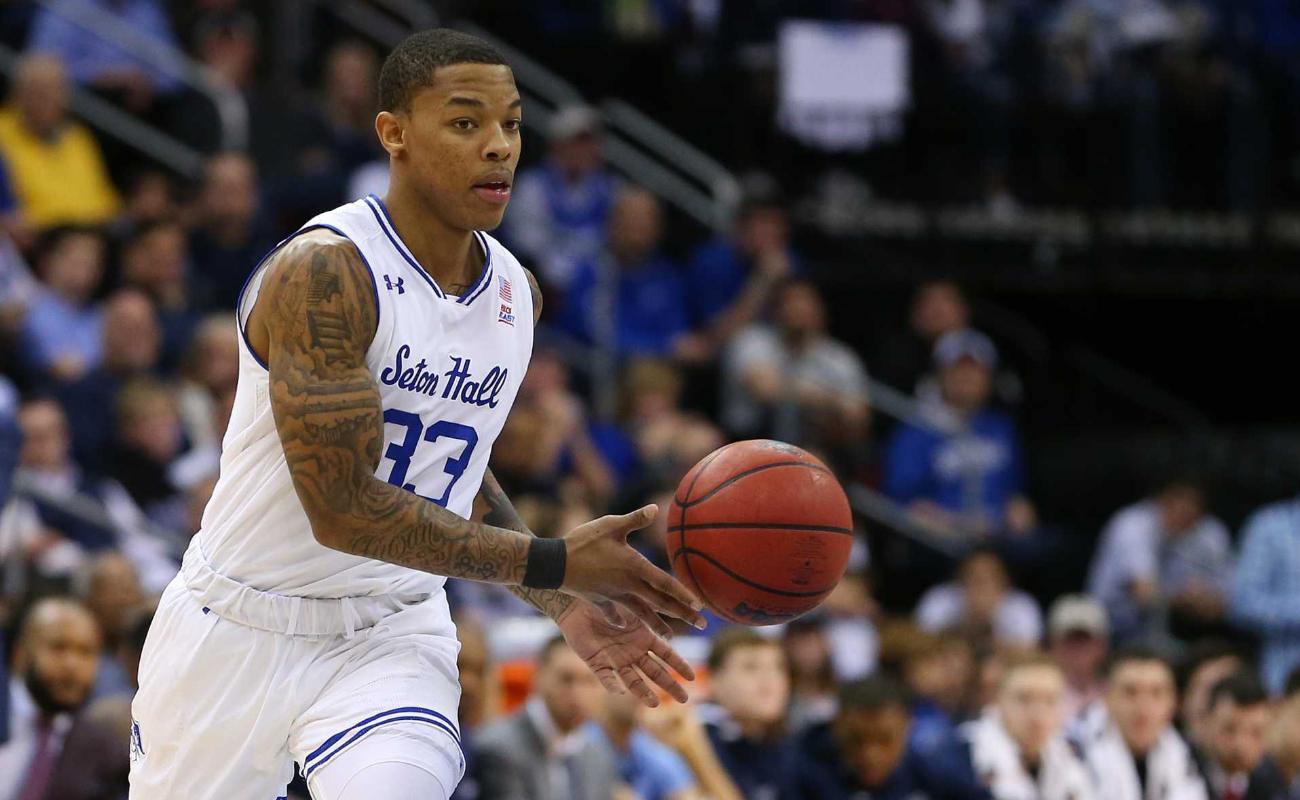 The 2019-20 conference regular season for the Seton Hall Pirates basketball team was a stellar performance compared to the last few seasons. Though they are regularly in the top 5 of the conference rankings by the time post-season begins, they have only won the conference regular season championship title 3 times in all their years playing in the Big East. They currently share a 3-way tie for the title of champion, but with the consistent improvement that the Pirates have been seeing over the years, they could soon be dominating that top spot on their own in the coming seasons. The 2019-20 regular season kicked off exactly as Seton Hall University intended it to go on – with a 105-71 stomp to beat the Wagner Seahawks. Powell put up an impressive 27 points that game, with McKnight bringing in 7 assists and Samuel hitting 6 big rebounds. The Pirates hoped that would set the tone for the games to come, but their first loss came in their 3rd game where they played Michigan State and lost 76-73 in a close game. Despite the loss, Powell put on a massive performance to try and carry Seton Hall University to the win by putting up 37 points. Gill also put in work that game with 8 rebounds, and McKnight came up big too with 6 assists to try and keep the streak alive. The potential for a decent win streak showed itself later in the season when the Pirates went on a 10-game win streak from December 20, 2019 to January 30, 2020. But on February 1 the Pirates played the Xavier Musketeers and lost 74-62, which brought an end to the promising streak. The last few games of the conference regular season didn’t go as well as the early season, and Seton Hall University lost 5 of their last 10 games, with the 2 most recent games both being losses. Wins in either of these games would have secured the conference championship for the Pirates, as both teams share the top rank with Seton Hall. They played Villanova on March 5 and lost 79-77, and then they played Creighton on March 7 and lost 77-60. These losses meant that Villanova and Creighton could tie up the conference championship and the Pirates would have to share.

Looking forward to the final stages of the Big East conference tournament and the start of the March Division I men’s basketball tournament coming up, take these stats into consideration when deciding whether you want to pick the Seton Hall Pirates for your bracket in the March tournament. Division I March Tournament Results: · Total Tournament appearances – 13 · Round of 32 teams – 8 · Round of 16 teams – 4 · Round of 8 teams – 2 · Round of 4 teams – 1 · Runner-up – 1 Conference play · Conference tournament champions – 3 · Conference regular season champions – 3 If you are looking forward to the postseason tournaments in March, and want to play along with the Madness as it unfolds, then why not play online with us at BetMGM? We give you access to online sports betting on the biggest and best sporting events of the year, so you never have to miss any of the action.