Tennis Odds: Will the French Open be Rafael Nadal’s to Dominate Once Again? 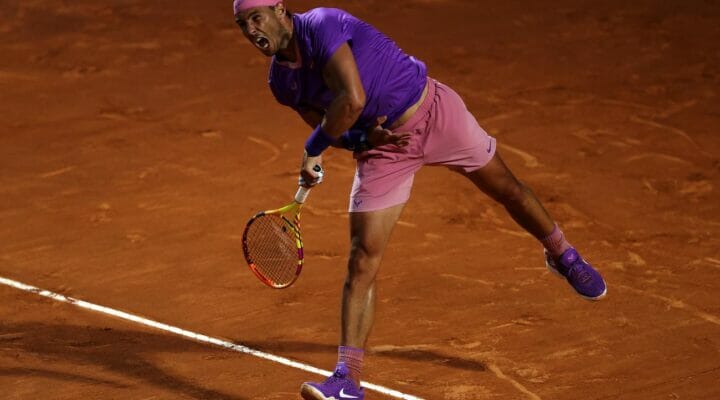 Rafael Nadal has won so many French Open titles that tennis fans may be wondering if they’ll rename the tournament after him one day. He has captured 13 of them since his first title there in 2005, with only three hiccups along the way. He should get a lot of attention this month as fans bet online on the French Open.

While his 2021 season has seen Nadal struggle a bit — at least by his standards — he is still a massive favorite to capture the French Open again. While he’s not expected to nab either of the top two seeds going into the tournament, he still should be a massive threat at Roland Garros Stadium. The French Open begins on May 30 and will run through June 13.

Nadal is currently 14-3 and holds the world’s No. 3 ranking. His losses this year have been to Stefanos Tsitsipas in the Australian Open in February, Andrey Rublev in the Monte-Carlo Masters in April, and Alexander Zverev earlier this month in the Madrid Open.

It’s not like Nadal has dropped matches to drastically inferior competition. All three losses have come to top-10 ranked players, but it has shown a shakeup is possible as the soon-to-be 35-year old continues his 20-year tennis career.

Being out of the top-two seeds based on 2021 results is hardly a problem. Nadal is traditionally strong on clay courts (like Roland Garros) and should have a chance to build momentum in the early going of the May-June tournament.

No matter what seed Nadal gets when it is announced, he still leads the tennis betting odds. Nadal already sits atop the list at +100, while Novak Djokovic (+350), Dominic Thiem (+550), Tsitspas (+650) and Zverev (+1200) round out the list of tennis favorites.

We have up-to-the-minute tennis odds to ensure the best betting experience at BetMGM. Don’t miss an opportunity to bet on betting odds, futures, and more.  Check out all of the amazing French Open betting opportunities with us.