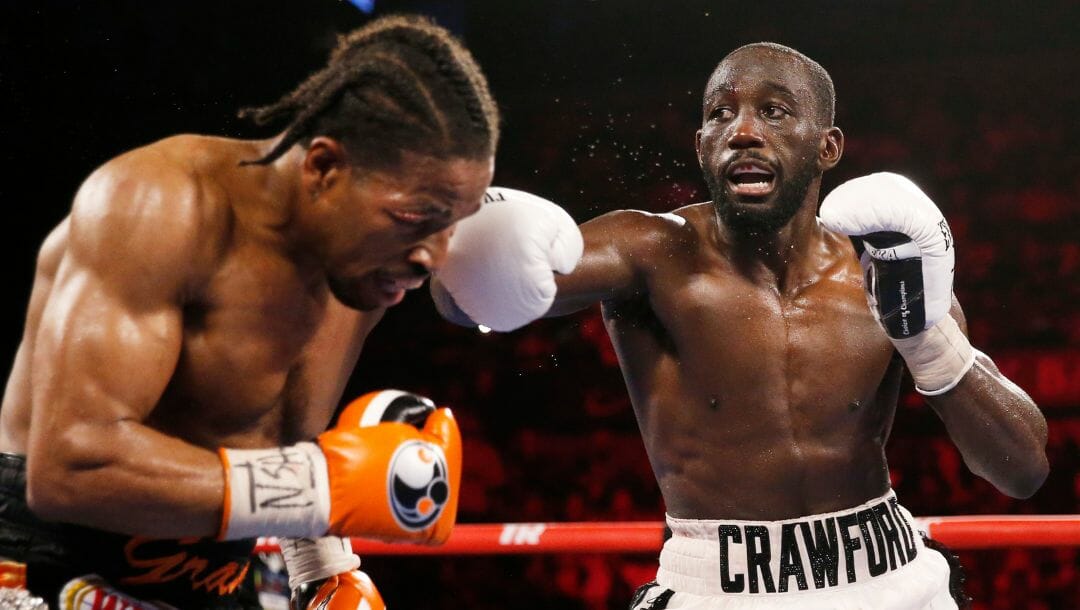 The sixth WBO World Welterweight Title defense of Terence Crawford (38-0) goes down this weekend against David Avanesyan (29-3-1) inside CHI Health Center in Omaha, Nebraska. After yet another failed negotiation to fight Errol Spence Jr. for the division’s unification bout, Crawford opted to defend the Russian, who currently holds the EBU European Welterweight Title. Due to his undefeated record, the American is the heavy favorite in the boxing odds at -1600.

Although Avanesyan holds a six-fight TKO winning streak, more is needed to convince the oddsmakers of online sports betting not to make him the overwhelming underdog at +800. He aims to score a massive upset and prove that he is not a pushover opponent for Crawford, thus crushing the hopes of a dream Crawford-Spence Jr. mega fight in 2023.

Terence Crawford competed in the amateur ranks from 2002 to 2007 and amassed a record of 58-12 that saw him compete in various boxing tournaments throughout the United States. After coming up short of representing the USA in the 2008 Olympics, Crawford decided to jump to the professional setting and fought Brian Cummings in his March 2008 debut. He only needed one round to tally a knockout victory over Cummings.

Crawford went on 19-fight successive victories from April 2008 to March 2013, including 14 TKO/KOs, before securing his first-ever title opportunity in June 2013 for the vacant WBO NABO Lightweight Title against Alejandro Sanabria. “Bud” stopped Sanabria in the sixth round of their bout via TKO to capture his initial boxing title. Two fights after this triumph, Crawford finally received his major title opportunity when he challenged Ricky Burns in March 2014 for the WBO World Lightweight Title.

The pride of Omaha, Nebraska, maximized the chance and masterfully defeated Burns through unanimous decision. He quickly defended the WBO World Lightweight Title in the same calendar year against Yuriorkis Gamboa via ninth-round TKO and Raymundo Beltran via a lopsided unanimous decision. This impressive run in the 135-pound division has allowed Crawford to move up in weight and fight for the vacant WBO Super Lightweight Title with Thomas Dulorme in April 2015.

Crawford finished Dulorme in the sixth round of their showdown to announce his arrival in the 140-pound division. “Bud” instantly made his new weight class a home by defending the WBO title twice over Dierry Jean (tenth-round TKO in October 2015) and Henry Lundy (fifth-round TKO in February 2016) before lopsidedly beating Viktor Postol via unanimous decision in July 2016 to add the WBC World Super Lightweight Title to his collection.

The 35-year-old fended off the challenges from John Molina Jr. and Felix Diaz after an eighth-round finish of Molina Jr. in December 2016 and a tenth-round retirement from Diaz in May 2015 to book an undisputed mega-fight with Julius Indongo in August 2017. Crawford proved he was the best 140-pound boxer as he did quick work of Indongo by finishing him in the third round via knockout.

Terence Crawford’s latest opponent is Russian David Avanesyan, who currently holds the EBU European Welterweight Title and currently rides a six-fight winning streak. Avanesyan began his professional career in June 2009, where he won over Vazgen Agadzhanyan via unanimous decision. However, he suffered an early career loss to Andrey Klimov in his second career bout in July 2009 and found himself on the wrong end of a unanimous decision.

Avanesyan’s first major title opportunity came in February 2017 against Lamont Peterson, but he came up short and dropped a unanimous decision to Peterson. He quickly bounced back with a victory over Serge Ambomo in December 2017, but Egidijus Kavaliauskas gave him his third career loss in February 2018 with a sixth-round TKO to deny him the North American Boxing Federation Welterweight Title.

Terence Crawford vs. David Avanesyan: Tale of the Tape and Fight Analysis

On paper, Terence Crawford will only have a two-inch reach advantage over David Avanesyan, 70 inches for Crawford and 68 inches for Avanesyan, as both stand at 5-foot-8. The big gap among them is their professional record where Crawford carries a perfect 38-win and no-loss card, including 29 TKO/KOs, which is equivalent to a 76% knockout rate, while Avanesyan has 29 wins, three losses and one draw with 17 TKO/KOs which corresponds to 52% finish rate.

Stylistically, this WBO World Welterweight Title fight will be a matchup between a power puncher and a technical fighter. Avanesyan will bring his aggressive approach to try and pressure the champion and set up his patented combinations of power punches, while Crawford’s high-level boxing IQ and switch stance aims to counter and neutralize his opponent’s offense. Additionally, the reigning champion should fully maximize his reach advantage over the challenger.

Despite the aggressiveness that Avanesyan will bring into the fight, Crawford’s threat on both stance, adaptability and boxing IQ will be overwhelming for the Russian to handle throughout the contest. Not to mention that the American also packs power on his punches which enabled him to finish 29 of his 38 opponents in the past. The only hope for Avanesyan to score a gigantic upset is to fight a perfect fight and land his powerful combinations.

The odds between these two fighters are not a surprise, as Crawford will be the heavy favorite to retain his title and potentially arrange the unification bout with Errol Spence Jr. because of how complete and technical of a boxer Crawford is. Additionally, he fought tougher opposition in his career than Avanesyan, who mostly saw action in the Russian and European circuits. This massive discrepancy in the level of competition will also play a big role in this title fight.