Skip to content
Home » The Back 9: 2021 Sentry Tournament of Champions Picks

Golf fans, rejoice. The PGA Tour has officially returned with its first event of 2021, the Sentry Tournament of Champions. We can now stop gawking at videos of Charlie Woods rolling in eagle putts and finally get back to doing what we love, making money. Let’s get into the picks.

The Sentry Tournament of Champions will be played at the Plantation Course at Kapalua in Maui County, Hawaii. The course has hosted the event since 1999 and can measure in at a whopping 7,596 yards. On paper the par 73 seems intimidating to shorter hitters but is made a little more manageable due to its elevation, causing some holes to play shorter than their advertised distance. Additionally, the course boasts Velcro-like Bermudagrass greens and strong winds, but still comes in as one of the Tour’s lower scoring events.

For our first pick this week, we’ll look to Cantlay towards the top of the board. The California native checks a few boxes this week as he likes the wind and has a good track record at Kapalua finishing solo fourth and T15 in his last two trips to Hawaii. Cantlay has played some inspiring golf, claiming a win at the Zozo in October and most recently, a T17 at the Masters back in November. We’ll look to Cantlay to continue the good run he’s on at a course that should suit his game.

Sungjae is a name that presents some value in a strong field. Over the course of his short but illustrious career, Sungjae has had success at windier venues such as the Honda (win) and Arnold Palmer Invitational (two third place finishes). Despite missing the cut at the RSM before the Tour took its hiatus, Sungjae figures to be in high spirits after his second-place finish at the Masters in November. Here’s to Sungjae rounding into form in another star-studded event.

Our last pick in the field is another golfer who finds himself in good form and success when it comes to Hawaiian golf. Smith, most noticeably coming off a second-place finish at Augusta just months ago, enters this week having gained 7.2 strokes gained total in his last five tournaments per Fantasynational.com. A winner at the Sony in Hawaii in 2020, Smith clearly favors the windier conditions and should be a great middle of the board play this week given his torrid form. 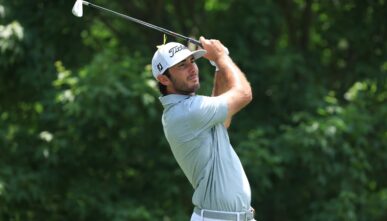 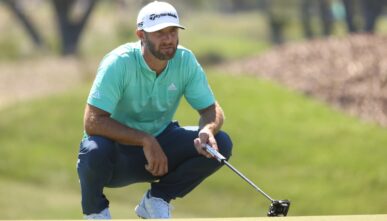