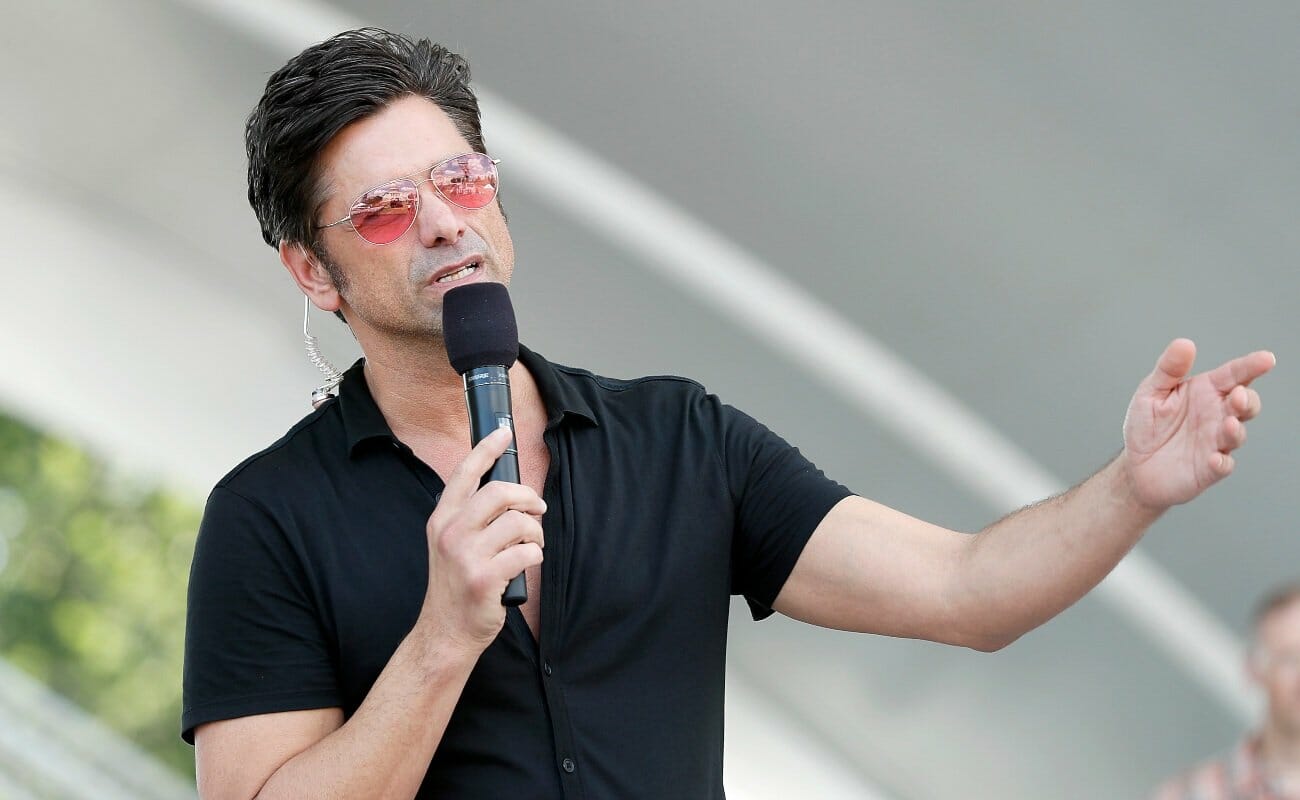 John Stamos was fired up to receive an offer to star in a new TV show – Big Shot – from David E. Kelley. Surely, Kelley, the writer and creator behind Boston Legal, Goliath, Big Little Lies, and more than a dozen other shows and movies, wanted Stamos to play a savvy lawyer, quick-witted doctor, or dark character.

Kelley wanted Stamos for the role of Marvyn Korn, a former college basketball coach who was fired for throwing a chair at a referee and takes a job coaching high school girls’ basketball.

He didn’t know basketball. Aside from a couple of uncomfortable basketball scenes over his four-decade career, the 57-year-old former Full House star didn’t know the first thing about basketball.

“A friend of mine said, ‘Well, I know Jerry West. Maybe I could hook you guys up.’ I said, ‘Who?’ I didn’t know him, to be honest with you,” Stamos said on Unleashed this week.

Stamos joined Olivia Harlan Dekker and Yannis Pappas on Unleashed to talk about his acting career, moving away from Uncle Jesse, and learning basketball from square one, which began with his acceptance of his friend’s offer to meet Jerry West.

“I went up to the place. I said ‘Hey, Mr. West, thank you for letting me come to the rehearsal today.’ He said, ‘First of all, it’s not called rehearsal.’ …It was a Clippers’ practice. And I thought since I’m playing a college coach, the Clippers are a college team. And they’re not.”

Listen to the entire episode of Unleashed below (or on Apple Podcasts, Spotify, and everywhere else podcasts are available):