The Grand National – History and Other Facts 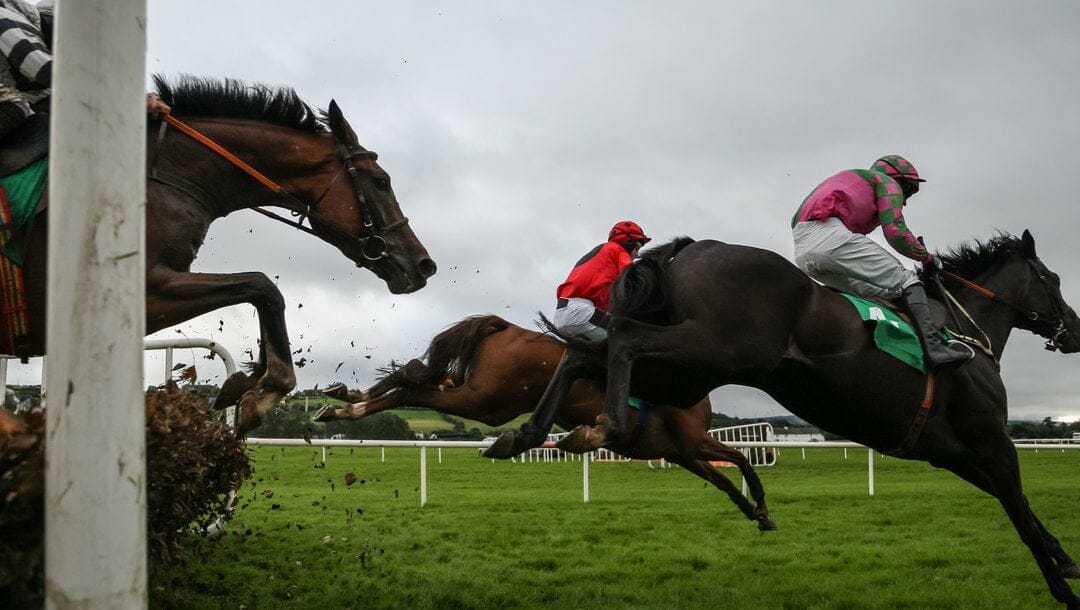 The Grand National may seem like an almost timeless part of the horse racing calendar, but that wasn’t always the case. Before you place your next online sports betting wager, join us as we explore the history of this annual English horse race, when it started and how it ended up becoming such an important horse racing event, as well as some other interesting facts and records.

The founding and early years

There is some debate around whether the first official Grand National took place in 1836 or in 1839 in Aintree, as it was originally run as the Grand Liverpool Steeplechase before becoming the household name it is today.

Regardless of when exactly the first race took place, this now-historic racing event was undoubtedly founded by William Lynn, a proprietor of the Waterloo Hotel and a syndicate head, who set out the race and built the grandstand for the spectators. The course for this steeplechase race was approximately 4 miles and 2½ furlongs in length, run over two laps.

The race was managed by Lynn until the 1840s, after which sickness affected his ability to properly manage the increasingly important horse racing event. A member of his syndicate, Edward Topham, who was also a handicapper (sports bettor,) started to play a larger role in the running of the race. The first decision he made was to turn the race into a handicap steeplechase in 1843. Five years later he acquired the land lease from Lynn.

The Grand National experienced some changes between 1916 and 1918 due to the First World War. The War Office took over Aintree Racecourse during this period, forcing the race to be held at Gatwick Racecourse. These races were not recognized as Grand National events and took place under different names.

The Grand National was again disrupted by the outbreak of war, although this time it was the Second World War that ground the race to a complete halt between 1941 and 1945.

The event continued to be run after the war, but trouble was brewing by the 1970s. The Tophams, who had become the owners of the racecourse after buying it from the Lynn family, were looking to sell. Property developer Bill Davies purchased the course but raised the admission prices when he did. Due to the tripling of the costs to get in, the popularity of the event slowly began to decline. 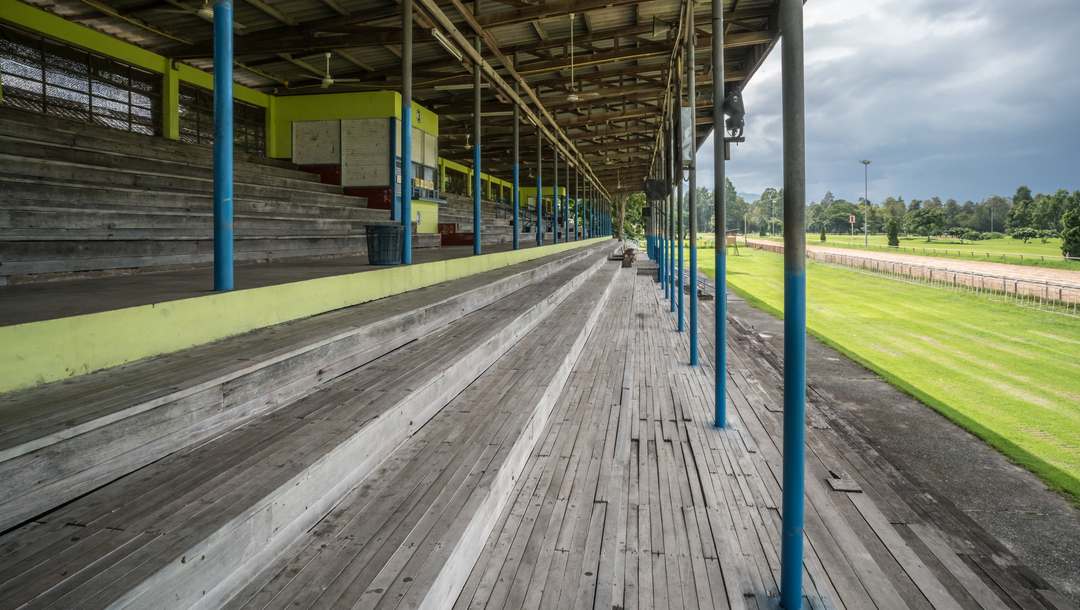 However, the combination of new managers, as well as the incredible performance of Red Rum, helped revive interest in this classic race. The story of Red Rum, in particular, drew in the crowds, as the horse had managed to recover from pedal osteitis, a bone disease that should have ended his career, but would go on to win the 1973, 1974, and 1977 Grand National titles.

Financial challenges reared their head again in the 1980s, but this time it was Seagram, originally a Canadian whiskey company, that stepped in as a sponsor to ensure the race kept on going. This, combined with the purchase of the course by the Jockey Club, helped keep the Grand National afloat.

The 1990s mostly went by smoothly. The one exception was the 1993 Grand National which not only experienced a false start but ended up being null and void after a number of jockeys managed to complete the race. The appearance of protesters earlier in the day, as well as a series of miscommunications with the jockeys, meant that the results had to be scrapped. The BBC article “1993: Grand National ends in ‘shambles’” shared how over 300 million people around the world were watching this event, which undoubtedly left a black mark on the event’s history.

The Grand National continued to wow racing fans into the 2000s with John Smith’s, a brewery from England, taking over sponsorship of the event in 2005. The race also took a step into the future in 2010 when it became the first horse race to ever be broadcast in HD in the UK.

A new sponsor appeared in 2013 in the form of Crabbies, another alcohol company, that also helped boost the winnings for the event to a respectable £1 million. Randox Health took over sponsorship of the event in 2016 and continues to sponsor the event to this day. Apart from the 2020 event being canceled due to the COVID-19 pandemic (a CGI virtual race based on simulated results was run instead,) the race continues to be run. Randox Health even extended its sponsorship to 2026, a key factor in ensuring the continued running of this amazing horse racing event.

A few interesting facts and records 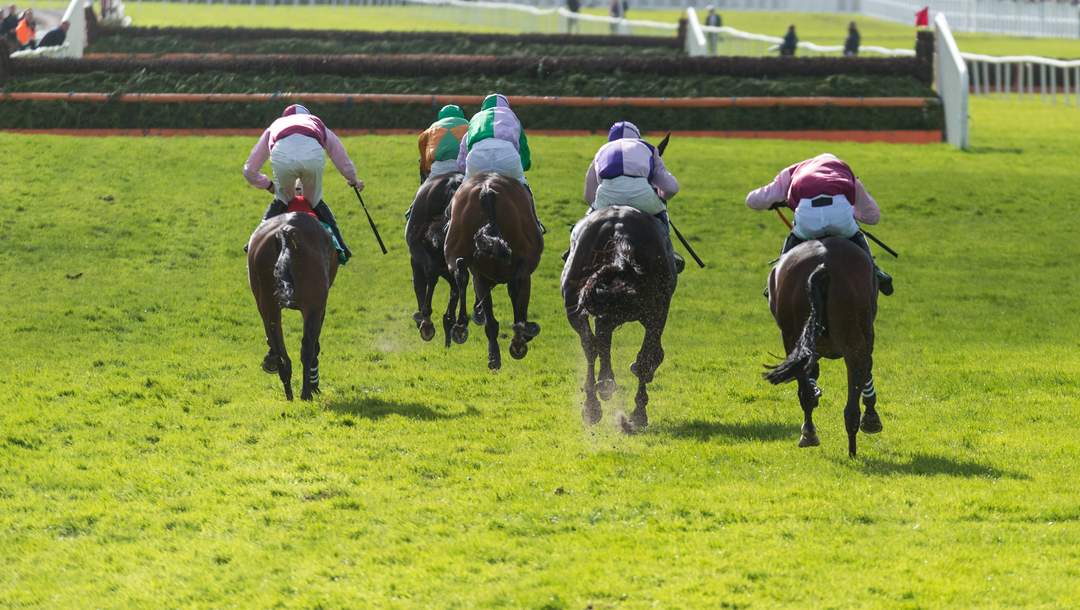 Here are a few of the most interesting facts and records about this unmissable horse race.

If you enjoy betting on great horse races like the Grand National, be sure to check out the great wagers that NYRA Bets and BetMGM have to offer. We offer great odds on a variety of events and horse racing tournaments across the world, as well as highly competitive wagers on a variety of other sports including basketball, football, and much more!

Register at BetMGM to start placing your bets!