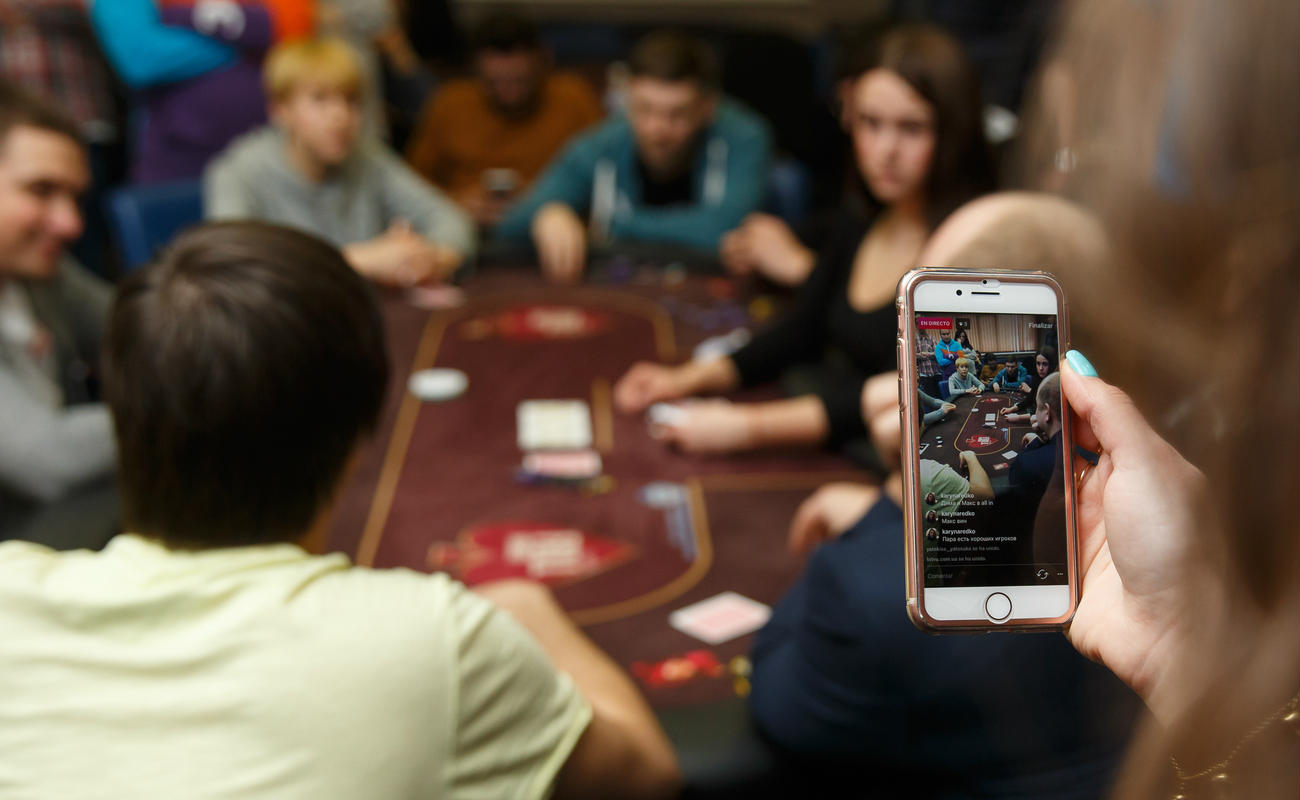 Poker is a game that can be played casually for chips or small amounts of money, but serious players know that it’s high stakes that make it an exciting game. In this article, we take a look at some of the highest stake official tournaments, online and invite-only games in history.

The World Series of Poker (WSOP) was first started in 2004 by Caesar’s Entertainment (formerly known as Harrah’s Entertainment). Many variants are played as a part of this tournament, but the overwhelming majority of these are based on Texas Hold’em.

The Main Event started on July 28 with 8773 players, but this was reduced to only 9 over several days of play. The final game occurred on August 10 with American-born Jamie Gold taking home $12,000,000, which remains the highest ever payout in tournament history. Gold claimed first place prize with a pair of queens, beating out second-place Paul Wasicka’s pocket 10s. Paul Wasicka took home a respectable $6,102,499.

The second-highest tournament stakes for a WSOP Main Event would be recorded at WSOP 2019, coming in at $80,548,600. It’s unsurprising that this would also be the second-highest attended Main Event, with 8,569 players taking part. Buy-in for the Main Event remained unchanged at $10,000.

The Main Event began on July 3, with the top 9 being decided 9 days later on July 12. The final game was played on July 16, with Iranian-German player Hossein Ensan winning the first-place prize of $10,000,000. He beat professional Italian player Dario Sammartino with a pair of pocket kings. Sammartino had hoped for a flush, but a queen of clubs denied him first place. Sammartino was rewarded with $6,000,000 for his efforts. 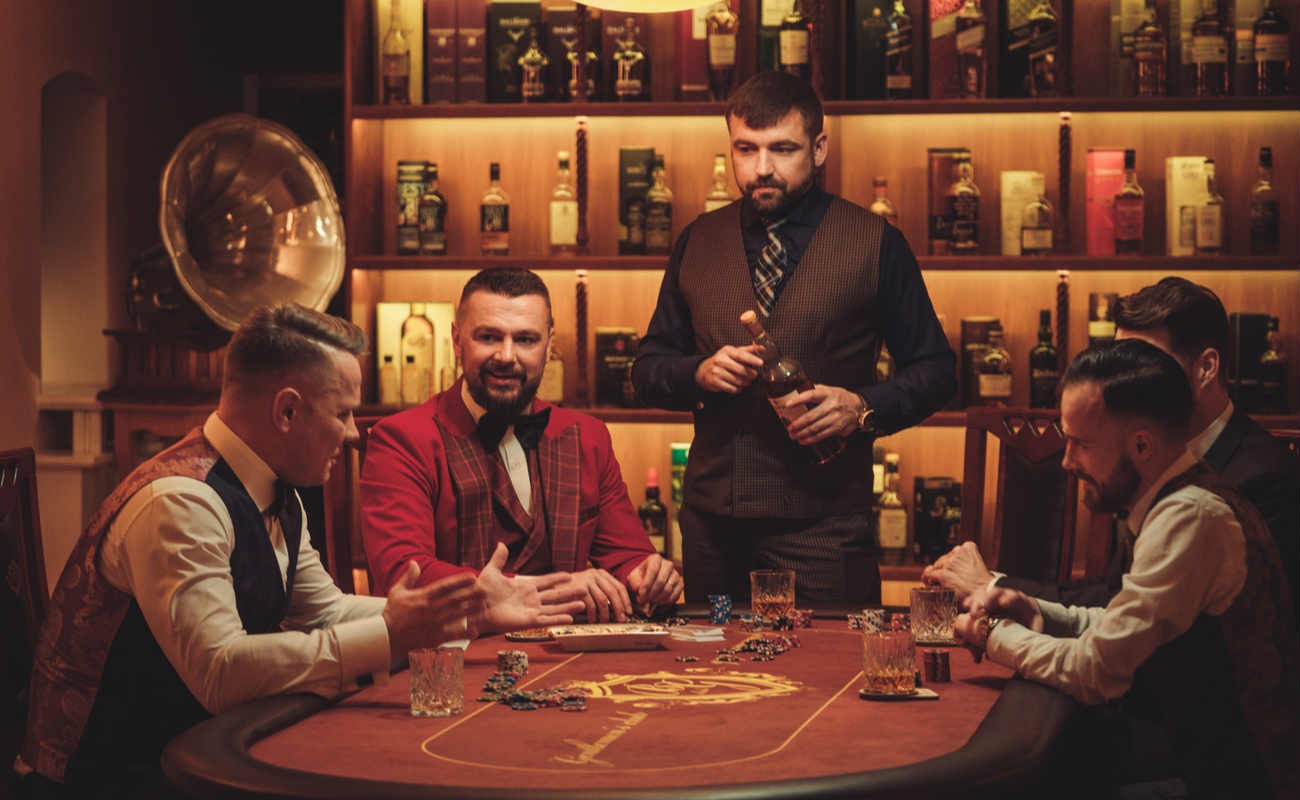 Since these privately run games are usually invite-only, it can be hard to know for certain if some claims about the money involved are actually true. That being said, there are definitely some very wealthy people involved in these games, so it’s very unlikely that they would be playing for peanuts.

Dan Bilzerian, The King of Instagram Who Made His Millions Through Poker

Dan Bilzerian became a household name thanks to his Instagram page, which shows the millionaire playboy flaunting his lavish lifestyle and the beautiful women who are a part of it. He claims that his success was possible thanks to the millions he’s made playing at exclusive invite-only poker games.

However, he’s also admitted that he has a pretty sizable trust fund, which is thanks to his father’s less-than-legal career as a corporate takeover specialist. Bilzerian is quick to dismiss these claims and has done numerous interviews where he discusses the games he’s been involved in. It’s at these extremely exclusive games where he’s apparently won as much as $54,000,000.

While most of us may be skeptical, one only has to continue reading to understand bets as high as $54,000,000 may not be that uncommon.

The games hosted by Molly Bloom were so high-stakes that they made a movie about it. Molly Bloom, the former ice-skater whose athletic career was ended by an accident during an Olympics qualifying run, began her “career” in poker accidentally. After being injured, Bloom found work as an executive assistant to real-estate entrepreneur and Viper Room co-owner Darin Feinstein, who one day asked her to help him run a game at the club.

Bloom talked to talk-show host Ellen about how she knew from the first game that this was an extremely rare opportunity. The players who attended included billionaires, A-list actors, politicians and powerful players on Wall Street. Buy-in started at $10,000 when Molly first hosted these games, but grew to $250,000 towards the end. The players regularly walked away with millions of dollars, with Bloom stating that the biggest loss ever in any of her games was $100,000,000.

Bloom’s high stakes games ended after the FBI caught wind of her taking a cut of the pot, which is against federal law. Bloom was arrested on April 16, 2013, and pleaded guilty to reduced charges which saw her receive one year of probation, a fine of $1000 and 200 hours of community service. Despite being at the center of all the games, she only ever discussed people that were revealed by the Bradley Ruderman Ponzi scheme, which included the likes of Ben Affleck, Matt Damon, and Pete Sampras. 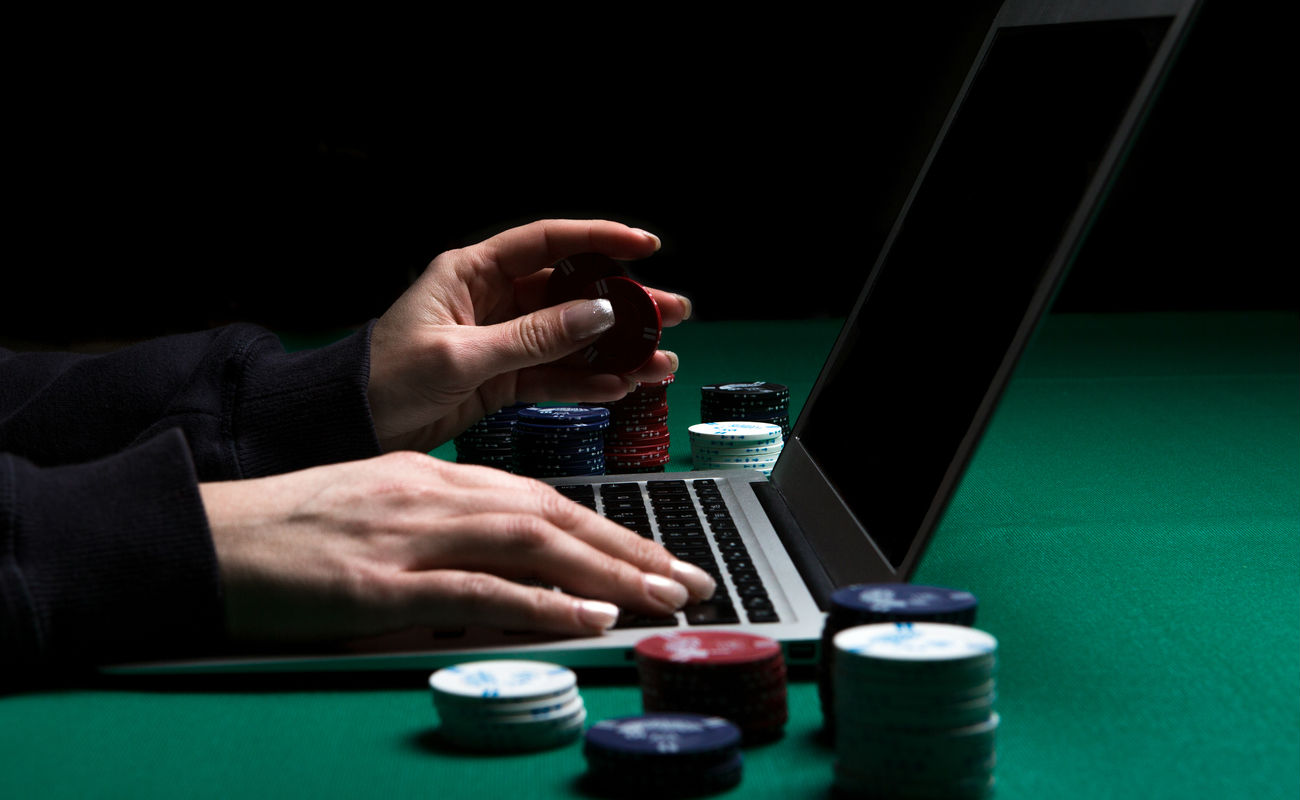 Online poker is extremely popular, with many sites offering their services to amateurs and professionals who want to play online. Sites like these provide players all across the world the chance to take part in live tournaments, which are easy to follow thanks to the schedules they provide.

Defining who offers the best online experience may differ depending on who you speak to, but there is undoubtedly one online tournament that stands out when it comes to stakes and winnings.

The World Championship of Online Poker (WCOOP) began in 2002 and is sponsored by PokerStars, an online site owned by the Stars Group. PokerStars realized there was interest in a high stakes online tournament and wanted to take the experience to the next level. They decided to create an online tournament that could rival WSOP, and so the WCOOP was born.

Much like WSOP, WCOOP consists of many tournaments running different rules, including Pot Limit, and Seven Card Stud. The Main Event for WCOOP 2019 was played according to No-Limit Texas Hold’em rules, had a buy-in of $5,200 and a total prize pool of $11,180,000.

Fraser “BigBlindBets” Russell walked away the winner of the tournament with $1,665,962. But it wasn’t easy for Russel at the final table, where he came up against online veterans including the likes of Talal “raidalot” Shakerchi and Brazil’s Danilo “dans170′” de Lima Demetrio.

After some extremely intense play, Russell was left with only one opponent: de Lima Demetrio. Russel, who was holding an ace and two of spades, managed to clinch victory with a flush, defeating the much stronger ace and king of diamonds that de Lima Demetrio had in hand.

If you’re interested in online poker but are unsure where to start, BetMGM offers both new and advanced players a secure, premium online experience. We regularly update our software to not only ensure that players and their earnings are safe, but to also integrate player feedback so that we can offer an unrivaled online service. Visit our online poker site to find out more. 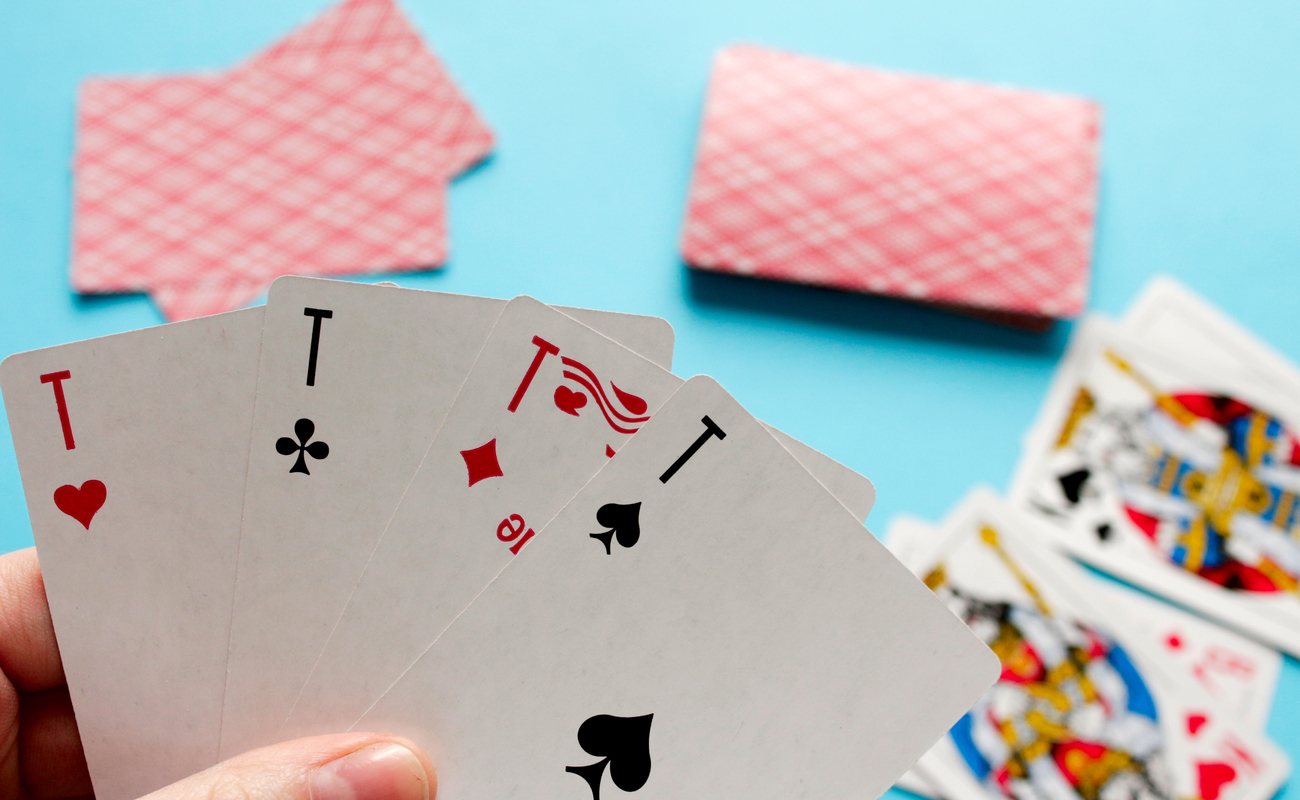 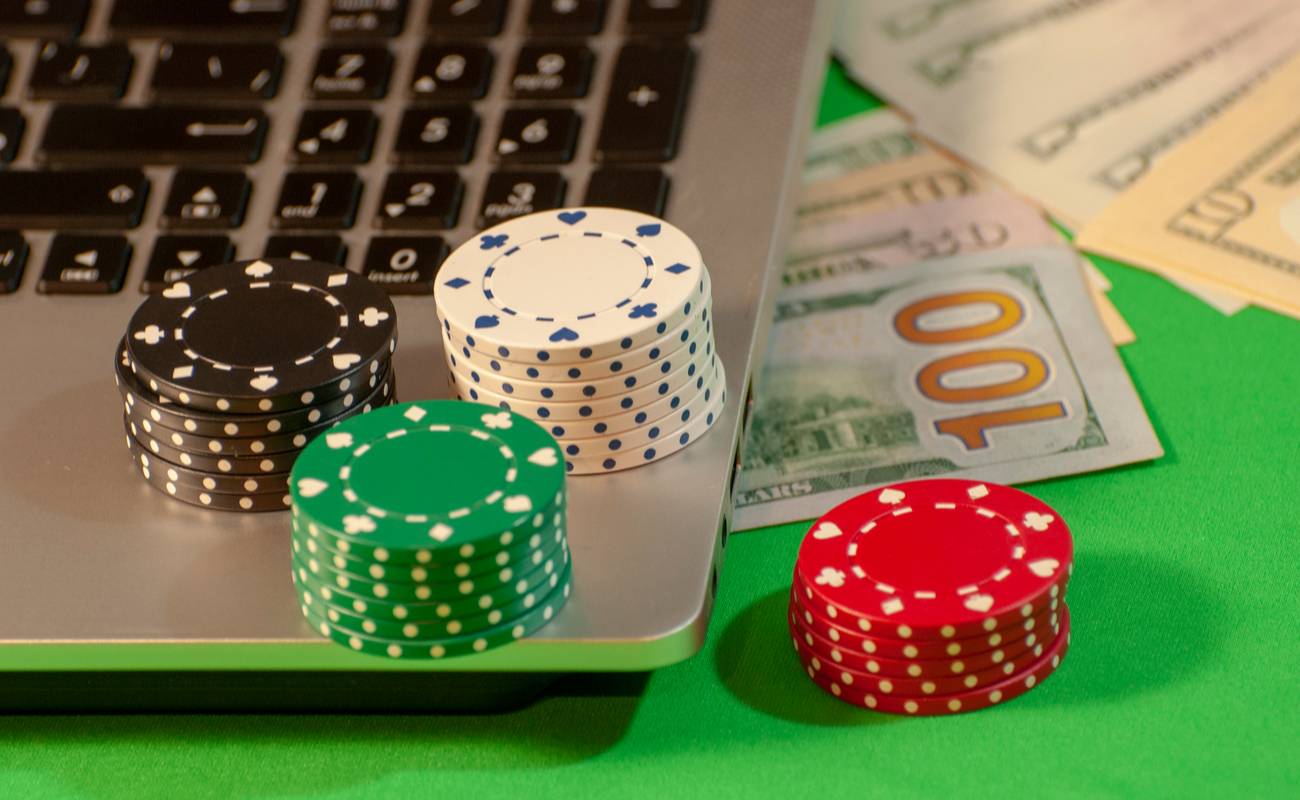 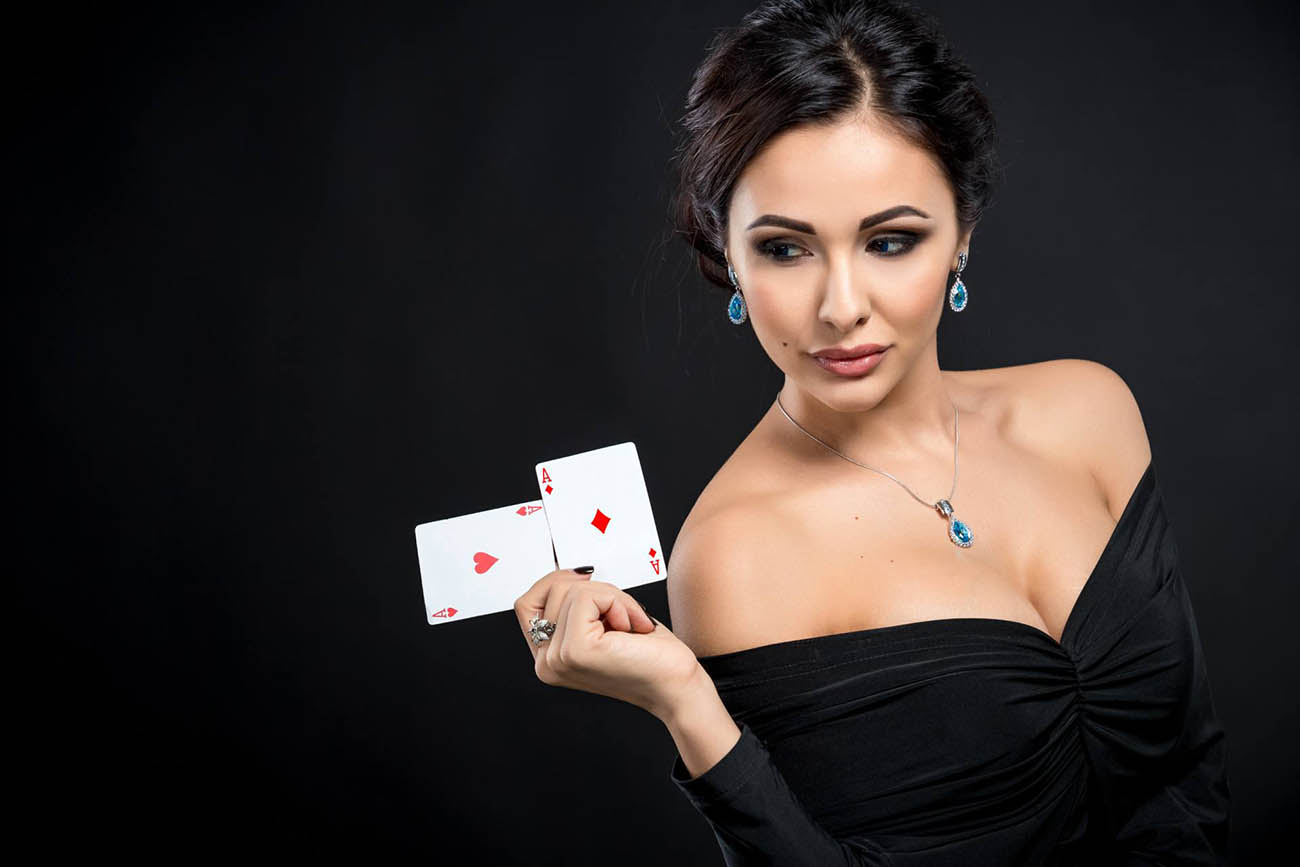