The Most Amazing Comebacks in Horse Racing History 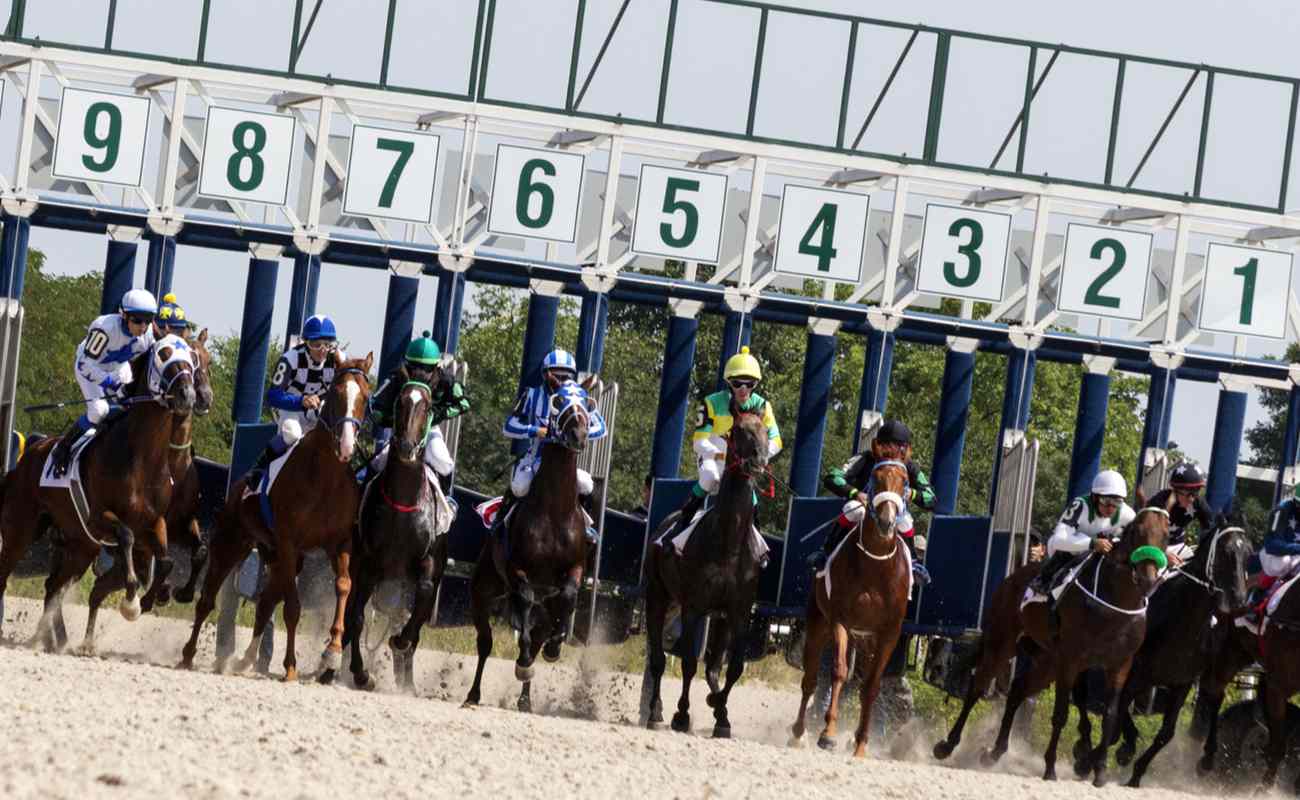 Horse racing and live betting sports fans may have heard of some great comebacks in horse racing news or been fortunate enough to witness great turnarounds in races themselves. If you haven’t been lucky enough to hear about these great returns, rest assured that racing history has many fascinating tales of winners who overcame incredible odds to claim victory.

Join us as we look at some incredible comeback stories about racehorses.

The story of Aldaniti goes hand in hand with his jockey, Bob Champion (who we discuss later on), as both had recently recovered from serious illnesses. Aldaniti’s illness had endangered his career, while Champion’s had been life-threatening.

After Aldaniti miraculously recovered from a leg injury that put him out of action at Sandown Park, Surrey, UK, in November 1979, he humbly joined the 39 or so other racehorses at the starting line at Aintree, near Liverpool, in 1981 for the Grand National. With Champion’s helping hand to guide him, Aldaniti claimed the win by four lengths, cementing their story in the horse racing history books.

The scene is set in the JT McNamara National Hunt Chase of 2017, held in Cheltenham, Gloucestershire, in the UK. Edwulf was looking to end in second place when he suddenly collapsed. He had to be removed from the course and was taken away by ambulance for treatment. It was later discovered that he had an irregular heartbeat, which in turn affected his oxygen levels, causing him to collapse. Considering the severity of the condition that caused his fall and subsequent exit from the race, it was expected that Edwulf would never race again.

However, less than one year later, Edwulf not only competed in the Irish Gold Cup but finished the race in first place! This was a clear demonstration of Edwulf’s resilience and the work the horse’s team had put into helping him recover from an almost life-ending event.

Many people will recognize the name “Seabiscuit” after the 2003 movie about this incredible horse. If you have yet to see this highly thrilling film about horse racing and are still planning on watching it, you may want to skip this section and continue reading further down. We’ll still share the story here for those who want to know why Seabiscuit makes it onto our list of incredible comebacks.

Seabiscuit had a very successful early career and was undoubtedly one of the most reliable horse racing picks at the time. But while training in 1939, the horse stumbled and ruptured a suspensory ligament in his front left leg. While he wasn’t in mortal danger, everyone at the time thought his racing career was over.

However, in 1940, alongside Red Pollard, his jockey, who had also overcome numerous challenges in life, Seabiscuit entered the La Jolla Handicap at Santa Anita in Arcadia, California. While he only finished third, it was a welcome return to the track for many who had expected this horse never to set foot on a racecourse again.

We now turn our attention to the Australian horse racing circuit to tell the tale of thoroughbred stayer Tulloch. As a stayer, this talented steed was capable of racing long distances and demonstrating incredible endurance. He had an impressive record of 21-7-1 when he was sadly diagnosed with a stomach disease in 1958. This diagnosis came at the same time that Tulloch was set to make his international debut in both the US and the UK.

The disease took its toll on Tulloch – he battled numerous infections and lost significant weight. A persistent young vet tried his best to find the cause of the problem and get Tulloch back to his former glory. With the support of this veterinarian, the inspirational horse – already famous for his endurance – bounced back to reclaim his health a couple of years later. He returned to the race track in 1960 and defeated the predicted winner, Lord, by a short head in his very first comeback race at the VRC Queens Plate. After that, Tulloch went on to claim victory in many other famous races. 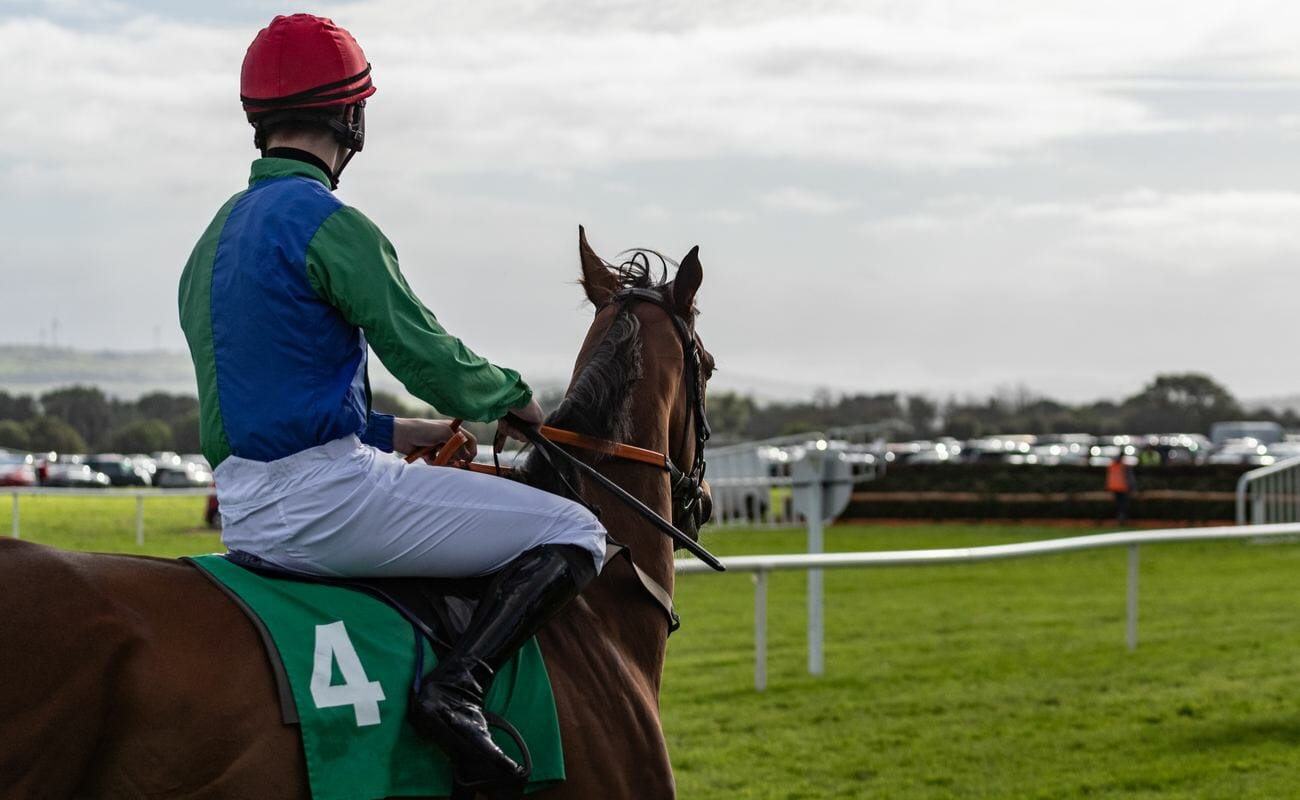 If you love horse racing and horse race betting, you may be familiar with some of the names and stories below. Here are some of the best jockey comeback stories in history.

In 1979, during an incredibly successful period in his career as a jockey, Bob Champion received the devastating news that he had testicular cancer and only had a few months to live.

Champion lived up to his name, though, when he underwent cancer treatment and additional surgery to check whether the cancer had spread. Thankfully, he eventually recovered and, as we mentioned earlier on, went on to win the 1981 Grand National riding Aldaniti – a double triumph for both jockey and his trusty steed.

Frank Dettori is an incredible jockey, but he almost ended his career after failing a drug test back in 2012, resulting in a six-month racing ban. Dettori accepted his punishment, did his time and eventually returned to the racing circuit. He then secured his first win while riding Asian Trader, just days after his ban ended, at the Lammas Lane Handicap at Sandown in 2013.

From then on, it’s been a successful return to riding for the 50-year-old jockey, who recently received his third award for best jockey in the world. That was the third consecutive year in which he was recognized for his contribution to the sport.

In The Guardian article, “Talking Horses: Dettori named world’s best jockey for third straight year,” he had this to say:

“It’s a great honor to win for the third year in a row,” Dettori said during the annual Longines World’s Best Racehorse ceremony, which this year took place online. “Who’d have thought at my age I could still do it? It goes without saying that [mare] Enable has not just been the best horse but the horse I’ve loved most in my life. We tried to win three Arcs [in both 2019 and 2020] but just couldn’t make it. She managed to win three King Georges, which is a record, though. I miss her a lot but she gave the public so much joy, and helped me win this award.”

Back in the day, if you were placing a bet on a race with Gary Stevens – who should be given the honorary title of “The Comeback King” – the horse racing odds would probably not have been in your favor. However, Stevens’ amazing comebacks were not about his ability to win from behind. Rather, it was about the courage he displayed in overcoming physical adversity. He’s a rider who has suffered injury after injury and managed to come back each and every time – that is, until his most recent accident, which damaged his spine.

Going back to 1985, Stevens was thrown into a rail in a starting-gate training incident and ended up in a coma. In 2013, he finished first at the Arlington Million – now called the Mister D Stakes – at Arlington Park, Illinois, but was thrown into the oncoming riders by his own horse, which resulted in a collapsed lung and neck injuries.

Stevens has had his right knee and left hip replaced and has undergone other minor and major surgeries over the years until a checkup for a pinched nerve revealed a major spinal injury that could spell disaster if he fell again. After finding this out, Stevens announced his retirement in 2018.

Another notable jockey who made a comeback following serious injury was Willie Carson. In 1981, while racing the Yorkshire Oaks, Carson’s horse slipped on the home turn, breaking both her front legs and sending Carson flying. The jockey was trampled by at least six other horses, resulting in numerous injuries, including a fracture at the base of his skull.

With much determination, Carson made a comeback and returned to the saddle the following year, eventually going on to win the title of British Champion Jockey for the fifth time, along with many other accolades over the years.

These are just a few of the great stories you can find about epic comebacks and the best horse performances in professional horse races, but maybe you can make a few great stories of your own when you take part in sports betting online.

If you enjoy betting on sports and are looking for the best odds, be sure to check out everything we have on offer at BetMGMYou can enjoy online sports betting on several other sports, including basketball, football and golf.

Taking a breather from sports betting? No worries. We’ve got plenty of other options to choose from to keep you entertained. Our online casino games include casino table games, online slots, arcade games and much more.

Register at BetMGM to take advantage of our exciting sports betting lines and more! Don’t forget to explore our blog further for industry-related news and loads of horse racing betting strategy tips.