The Most Likely March Division I Men’s Basketball Tournament Upsets

The March Division I Men’s Basketball Tournament is on the horizon and promises to be fiercely contested. This season has already had its share of surprises, and there is no sign of this trend correcting course. It is great news for savvy sports betting enthusiasts as the college basketball upsets are on the cards. Backing the right underdog can reap serious rewards, but it can be difficult to call, without the right information.Picking the right upsets will require understanding not only the college basketball teams, but also those teams that are leading their packs. After all, what is an upset without a favorite? A quick glance at the odds will show you which teams are going into the tournament as favorites. Teams like Kansas, Baylor, Duke and Gonzaga all have low odds for going all the way; with Kansas certainly looking the part. There could be some unbelievable blockbuster fixtures this season. Don’t be surprised if some of these blockbusters include a lesser-known team defying expectations. So which teams will most likely produce upsets? At this point, it might still be difficult to tell what the March Division I Men’s Basketball Tournament teams selection is. The college basketball teams listed below will still need to power into the tournament. However, here are ten teams who could prove to be astute March Division I Men’s Basketball Tournament picks. These predictions are based on great form from lower-ranking teams. 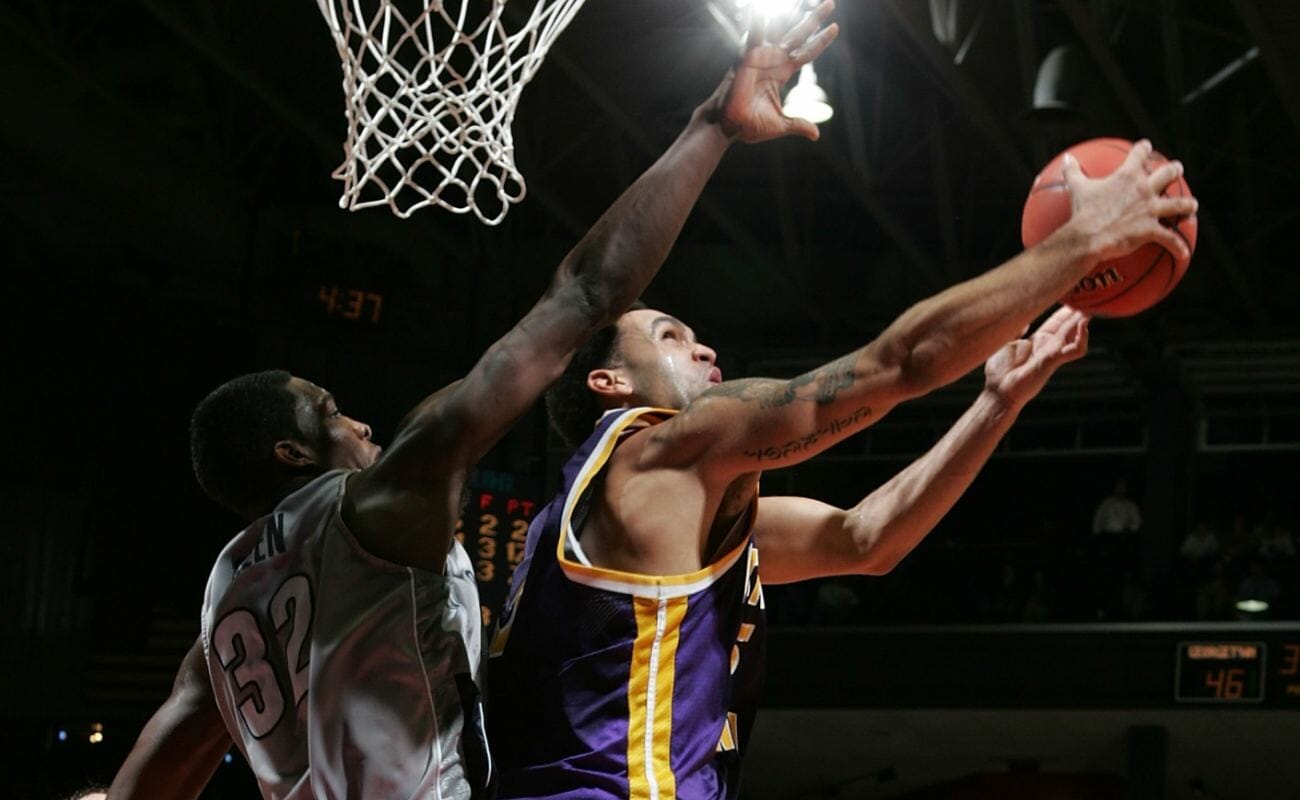 UNI have already claimed an upset when they beat Colorado earlier in the season. They are currently still in contention and will need to have a strong couple of games, to make sure they can get a spot in the March tournament. Should UNI make it to the tournament, don’t be surprised to see them in many pundits’ upset predictions. They have shown that they have the ability to put points on the board, through Trae Berhow, Spencer Haldeman, AJ Green and Isaiah Brown. This makes them an exciting team to watch, especially in a knockout situation. The University of Iowa are at 101.00 to go through to the March Division I Men’s Basketball Tournament and win the tournament, but that doesn’t mean they can’t beat one of the top-seeded teams along the way.

Yale has developed a reputation for causing upsets. This was further enhanced in 2016 when they defeated Baylor. If they can find a streak of form, they could make one or two teams sweat. Yale University have shown that they can score from distance, and this will come in handy during clutch times in knockout games. Azar Swain and Paul Atkinson will be the ones to watch in this team.

East Tennessee State University have enjoyed good form in February, and look set to carry that into the March Division I Men’s Basketball Tournament. ETSU have displayed a strong backcourt this season. Players to watch out for are Tray Boyd III, Jeromy Rodriguez and Bo Hodges. If they make the March tournament, they would be one of the risky, but worthwhile upset predictions.

7: The University of Rhode Island The University of Rhode Island will hope to steady the ship as we approach the March Division I Men’s Basketball Tournament. Dayton seems on course to win the Atlantic 10, but they could still qualify through the selection committee. URI had previously been on a ten-game winning streak, earlier in the season. A loss to Dayton has put them in a rut, but they’ll be hoping to refocus on making the tournament. URI will put their hope in the talent of Fatts Russell, along with players like Jeff Dotwin and Cyril Langevine. Russell has many similarities to Kemba Walker, and the University of Rhode Island will want to make the most of his talents this season. If URI are selected for the March Division I Men’s Basketball Tournament, they’ll certainly be one to watch. They’ve shown that on their day, they can beat anyone.

UCLA is making a serious push to make the March tournament. They are on a great run of form and could still force their way in. The University of California has shown an appetite for an upset, defeating CU Boulder, on the road. The key players for UCLA have been Tyger Campbell, Chris Smith, Cody Riley and Jake Kyman. The secret behind the University of California’s great streak of late is more down to team effort, and this is what makes them so dangerous in a knockout scenario. If UCLA are one of the top picks, they’ll be a tempting selection for sports betting pundits. They have the look of giant killers about them this season. 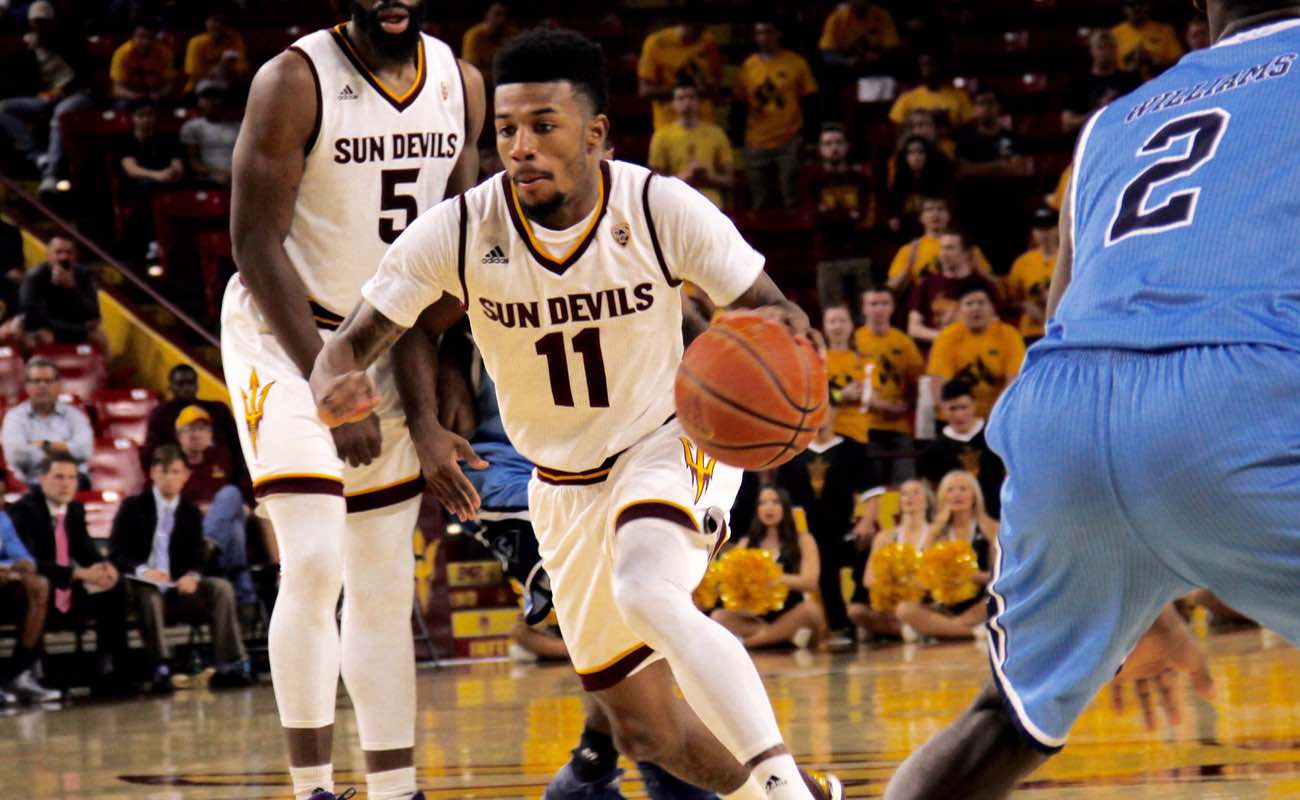 Arizona State University has hit a run of form at the perfect time this season. They are currently topping the PAC-12 standings in the National Association rankings, and look ready for the March Division I Men’s Basketball Tournament. Arizona State is a great all-round team at the moment. They’re a threat on attack and solid on defense. Remy Martin, Romello White and Alonzo Verge Jr. continue to impress in each game. Should Arizona State hold off the threat from UCLA, they should be a dangerous draw for the college basketball tournament. They are currently at 251.00 to go all the way. You can understand why this might entice some sports betting fans to take a punt.

4: The University of South Carolina

The University of South Carolina hasn't quite made it yet, but qualification for the March tournament is certainly possible. Their top performers have been AJ Lawson, Maik Kotsar, Jermaine Cousinarde and Justin Minaya. UofSC have already caused a few upsets this season, and will be a tricky customer should they qualify for the tournament. Currently, sports bettings sites have them at 201.00 to go all the way. While these odds will have a great payoff, it would be best to make sure they make the cut for the tournament first.

We enter the top three with UIllinois. They have had a season filled with ups and downs, but seem to have self-corrected. This is in part due to Ayo Dosunmu. Dosunmu had a terribly awkward fall in a game against Michigan State. This led to serious concerns about a knee injury that would curtail his season and potentially his NBA Draft prospects. Thankfully, it wasn’t as bad as first feared, and he came back two games later, to help lead the University of Illinois to victory over Penn State. This was the type of victory that could help UIllinois push on towards the March tournament. They currently have odds of 101.00 to go all the way. Should they make the tournament, Dosunmu and his teammates will be ones to watch.

Providence College looks like their recent form might be enough to sneak them into qualification. There is still a lot of work to do, but if they can make it in, they’ll perhaps be one of the most dangerous of the March Division I Men’s Basketball Tournament teams. The reason for this is, you never know which Providence team will show up on the day. This season, has shown them at their inconsistent best, which has included defeating Butler, Marquette, Seton Hall and Creighton. They’ll be hoping to put their best foot forward, for the remainder of the season, to put themselves in contention to qualify and cause a big upset. Alpha Diallo has been their star player this season and is leading the team in points, blocks, rebounds and minutes. Providence currently have sports betting odds at 126.00 to go all the way in the tournament. 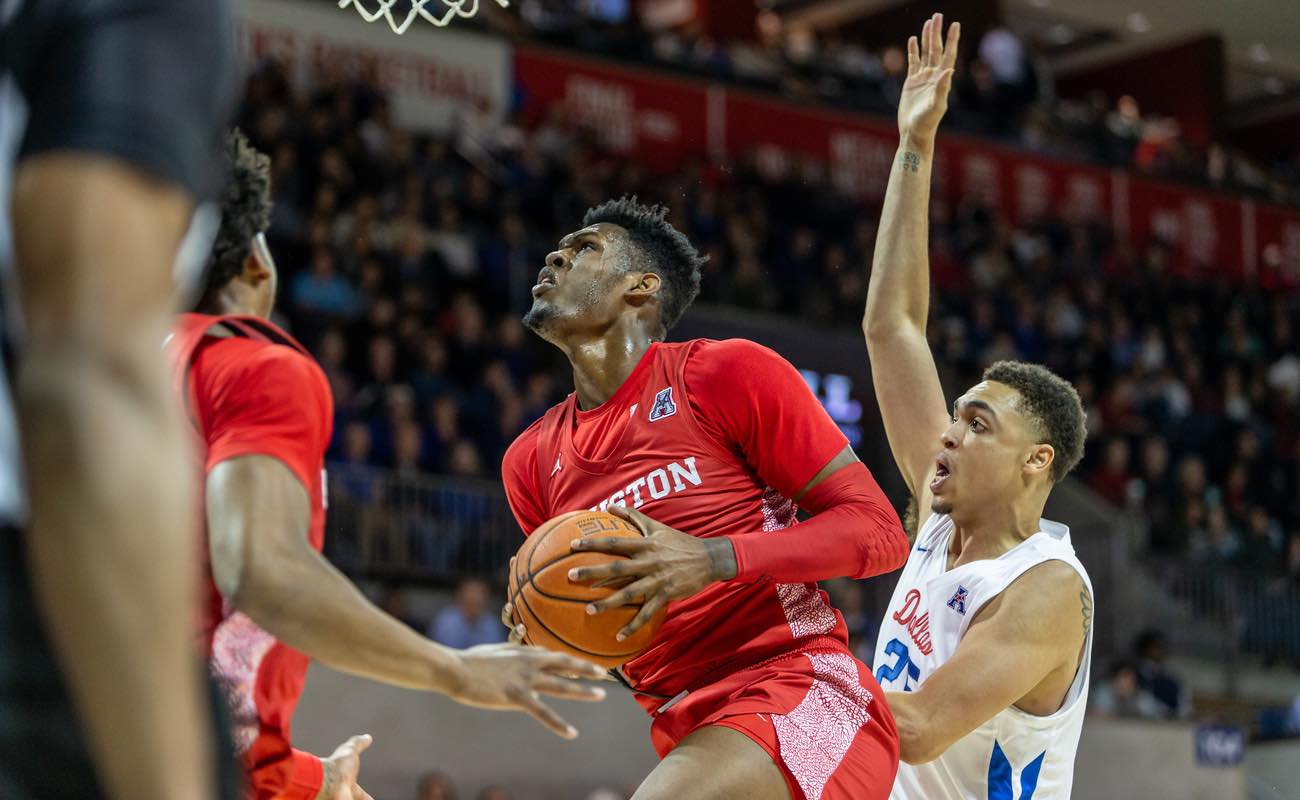 The University of Houston has been a surprise package this season. They have done exceptionally well on both offense and defense, putting their names in conversations alongside Baylor and Kansas. Much of this talk has to do with the performances of Caleb Mills, Marcus Sasser, Quentin Grimes and Nate Hinton. UH’s biggest strength has been in defense, but Mills has added an offensive threat that has transformed the University of Houston to genuine contenders. If they can finish the season strongly, they’ll set up a better route through the tournament. UH currently has sports betting odds of 61.00. Not only could they cause an upset or two, in the knockouts, but they could also cause the greatest upset by going all the way.

Method in the Madness

As we approach the college basketball tournament, you can expect an upset or two. These upsets can help turn a parlay or bracket bet into a big earner. Make sure you do your research on the teams you’re looking to pick. Take into account their recent form, as well as the form of their opponents, before placing your sports betting wager. This is the best way to predict upsets before they happen. Place your bets with BetMGM now!