The Weekly Showstopper: No. 8 Arkansas vs. No. 2 Georgia, Chiefs vs. Eagles and Ravens vs. Broncos 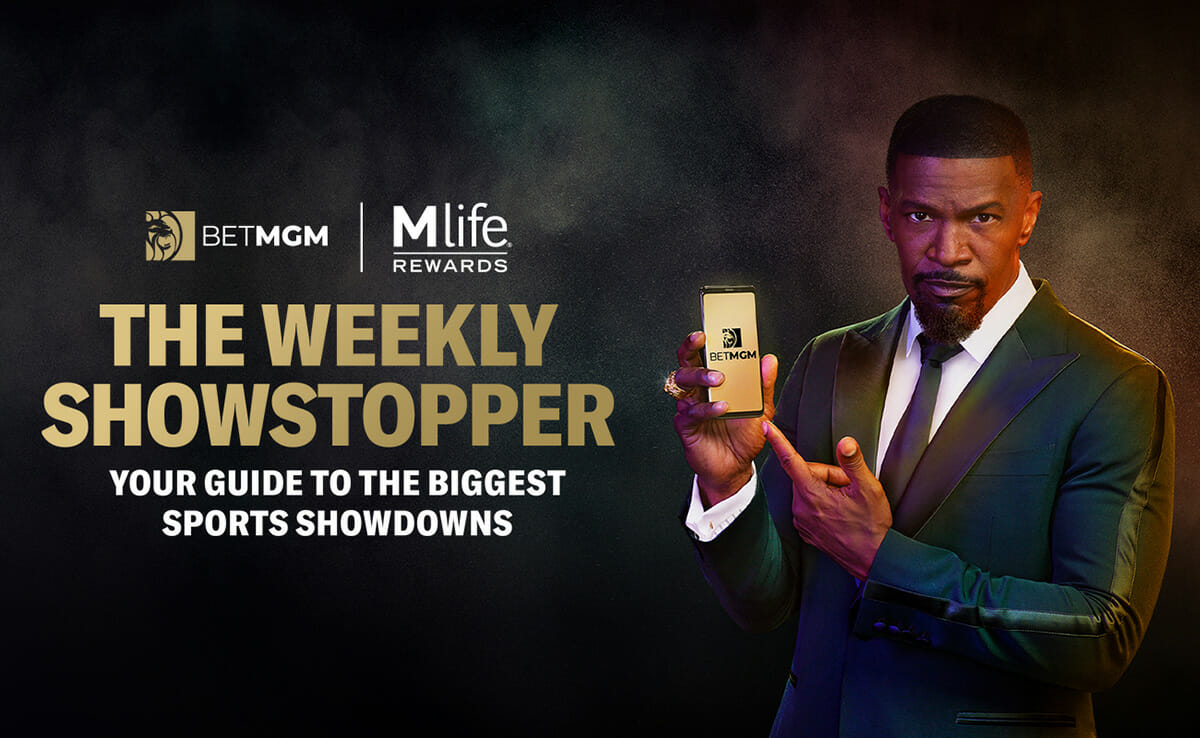 Fall is in the air, the MLB® playoffs are near, and the football action is better than ever. All in all, it’s a great time to be a sports fan – and place some bets.

In this edition of the Showstopper, we break down all the betting angles for No. 8 Arkansas vs. No. 2 Georgia. Plus, find out everything you need to know for Chiefs vs. Eagles and Ravens vs. Broncos.

No. 8 Arkansas Razorbacks vs. No. 2 Georgia Bulldogs

Who’s ready for an SEC spectacular? Both Arkansas and Georgia are 4-0, but the Bulldogs are the heavy favorite in this top-10 matchup for good reason. Georgia’s elite run defense – powered by an experienced, stout front seven – will likely force Arkansas’ dual-threat quarterback KJ Jefferson to air it out more often. Although Jefferson and wide receiver Treylon Burks were pretty banged up in last week’s game with Texas A&M, they’re expected to be good to go come Saturday. Burks has totaled 9 receptions for 294 yards and 2 touchdowns over his last two contests, providing a deep-threat element that Arkansas will absolutely need to have any chance of winning. The Razorbacks are also averaging 35.8 points per game, opening up the possibility for this to be a high-scoring affair.

Arkansas is 1-8 in its last 9 showdowns with Georgia, including a 37-10 shellacking last season. While the Razorbacks’ defense was very impressive in a 20-10 win against Texas A&M, the Bulldogs have put up a whopping 158 points over their last three games. Keep an eye on the statuses of Georgia quarterback JT Daniels, who is dealing with a lat muscle injury, as well as tight end Darnell Washington, who might make his return from a foot injury. Washington would add yet another dangerous weapon to Daniels’ passing arsenal.

Following a 32-point opener against the Falcons, the Eagles offense has sputtered in games against the 49ers and Cowboys. And the Chiefs, on the other hand, have had no problems scoring, but their defense continues to give up points in droves. Both squads are trying to avoid three-game losing streaks, though the Chiefs could’ve previously topped the Ravens and Chargers were it not for their costly mistakes on both ends. Quarterback Patrick Mahomes will be out to redeem himself after tossing two interceptions last week.

Philadelphia’s offensive line is battling a number of injuries, which could make it tough to establish the run game once again. Still, the Eagles will definitely give Miles Sanders more work than his mere two carries in Week 3. It’ll likely be up to quarterback Jalen Hurts to come out swinging for Kansas City’s soft secondary and reconnect with DeVonta Smith after the talented rookie had a couple of low-yardage outings. There’s also a bit of a revenge factor in play here, as Chiefs head coach Andy Reid returns to Philly for just the second time since he was fired by the Eagles in 2012. Reid holds a 2-0 record versus his former team.

In one of the more surprising early-season performances, the Broncos are rocking a 3-0 record as they get ready to host the Ravens at Mile High. Quarterback Teddy Bridgewater has played incredibly efficient football, and the defense – led by AFC Defensive Player of the Month Von Miller – has consistently pressured opposing quarterbacks. The one caveat is Denver faced a soft opening slate of the Giants, Jaguars, and Jets. Now they’ll face their toughest test yet against quarterback Lamar Jackson. However, it’s looking like Jackson could be operating at less than 100 percent, as he missed consecutive practices due to a back “flare-up.” Jackson has never missed a game because of injury, so it’s doubtful he sits this one out, unless it’s bad.

What’s most concerning for Baltimore is that Jackson has already been hit a league-high 44 times this season. That spells bad news against Denver’s hard-hitting linebacking crew. On the offensive end, Bridgewater should attempt to exploit the Ravens’ 30th-ranked pass defense with wide receivers Courtland Sutton and Tim Patrick, as well as sure-handed tight end Noah Fant. This game could shape up to be quite the bruiser from start to finish.